As a new Mavic owner I’m beginning to appreciate the huge aftermarket of parts and accessories available. So far I’ve bought:

Anything else I should looking out for?

Blimey… where to start - the aftermarket accessory market for the Mavic Pro is just huge, isn’t it?

Beware! I got a bad dose of accessory-fever. I think I may still be suffering with it too.

I bought one of those round, folding, landing pads - with bit of a knack it folds itself down in to a small bag (same thing as yours?) and I think this is probably the most used accessory. Maybe not the best, but certainly the most used. I think I probably use it on 99% of all my flights. And it doesn’t weigh anything, easily fits in the rucksack too: 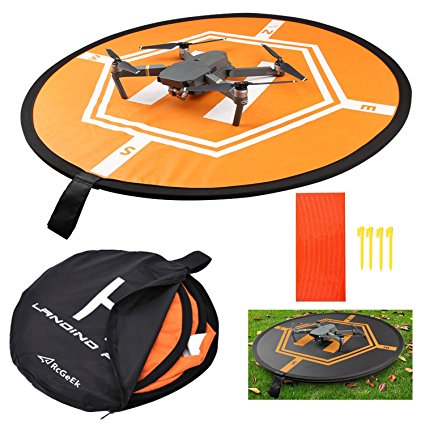 I’ve also sold the supplied case / shoulder bag (did you get the flymore combo?) and I replaced it with a Smatree D500 case, which is probably the best thing I’ve bought so far. It’s a semi-hard case, exceptionally well made. I think it cost about £50 quid or so on Amazon (will try and find a link for it) but I sold my DJI case for £45 on eBay, so I nearly broke even! Here we go: https://www.amazon.co.uk/dp/B01MY920DU 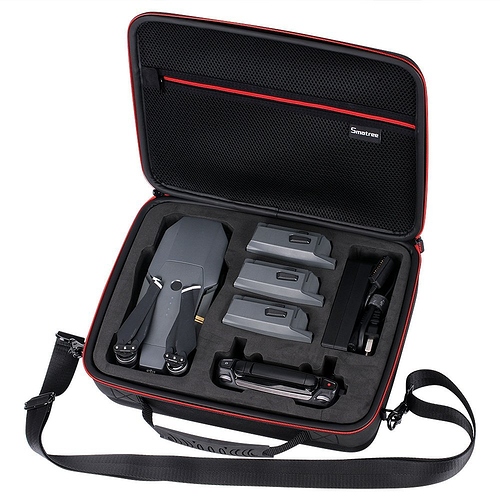 A gimbal cover and lock, all in one. Again, used every day. This is almost identical to the supplied dome cover, but includes two prongs which lock the gimbal in place, removing the need for the OEM gimbal lock. Very easy to put on and take off, £6 well spent - https://www.amazon.co.uk/gp/product/B071RVC2VW/ 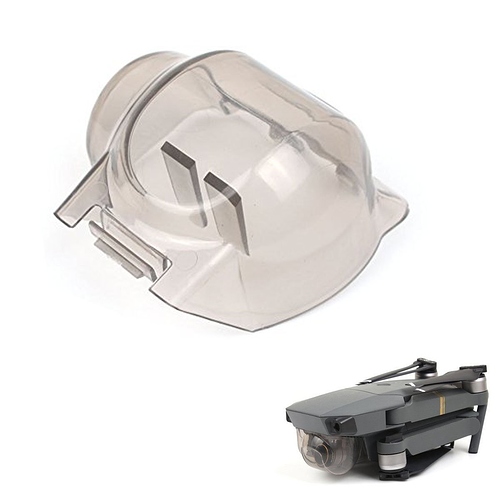 Another great accessory, some Strobon CREE ultra bright LEDs. These are tiny little LED lights, complete with their own (rechargeable) battery. They clip on to the legs of the Mavic (requires clips) and flash like a strobe. Soooo bright… They really help with finding the bird in the air. Often is the case I look down at the screen, then look up and WTF! It’s gone!! I literally can’t find it in the sky! And this is in VLOS too. Crazy… so yes, I have two of these, one on each rear leg, one facing forwards, one facing backwards, so I can see it at any angle in the sky. Bought them from Flytron here in the UK. Not cheap though… http://www.flytron.com/led-systems/322-strobon-cree-standalone.html#/color-white

And a Hensych Hood - which to be honest, was £15 quid down the drain. First up, I fly with an iPad Mini 2 as my screen, it’s REALLY hard to see in broad daylight. The iPad fits perfectly in the Mavic controller too. I bought this hood, it didn’t really fit properly along with the controller at the same time so I cut a few small corners out which helped with the fit. The only problem then was it got in the way of the joysticks. Well, not in the way as such, but I couldn’t comfortably hold it. Coupled with the fact it didn’t do much to prevent the glare. It’s in the bin now. As too is the Brotech screen protectors I bought. Advertised as anti-glare, utter rubbish.

I also bought an Anker Powerline+ USB cable for the iPad - cost £10 quid but is beautifully made, never had a single disconnect with it.

Another great gadget for flying with the iPad was a MavMount - https://www.mavmount.com - Horrendously expensive for what it is, plus shipping to the UK, plus getting caught by customs. But again, sooooo well made! I have a v1 for sale too, check the for sale section here. I’m open to offers

I told you this was addictive!

Yeah, you did, so you can take all the blame!

Landing pad is same, except mine is blue and orange. Quite like the black/orange of yours.
I got the bag with the Fly More Combo and quite like it. However, Smatree is a good brand. Bought some of their stuff for my GoPros (now there’s an aftermarket!).
The gimbal cover and lock looks interesting but haven’t used my Mavic enough yet to know if I need it.
The rest I’ll check out as and when funds become available. Probably need to get another MicroSD card or two next.

I too got a heavy dose of accessory’itus

I always do when I grab something new, I just have to add on all the bells and whistles.

So far I have:

Ditched the flymore bag on ebay for £49 (hehe) and got a Lowepro AW250 Sling backpack
Ipad 4 Mini 64gb Refurbed from Apple
Pgy Sun Hood for ipad mini 4
6 inch USB/Lightning Cable
Set of 5 Taco-RC Filters (UV, ND4,8,16,32)
A No-Name CPL filter
Extended Landing Gear
Foldable landing pad Orange/Blue
Fur Padded draw-string bag things for the mavic and controller
Propellor guards (rubber) for when the mavic is packed away so as not to snag the props when getting it out
Also had a couple of velcro straps for the props, but will probably use them for attaching my landing pad to my backpack
Custom Home-made skin for the Mavic and Controller (I’ll do another post on this when back from holiday)
Battery caps to put on the battery contacts when not in use
Propellor motor caps to put on the motors when props are detached (on slow boat from china)
Red, Green and White Strobon Cree LEDs which I have attached to the landing gear with velcro
GetterBack - Incase I fly over a lake or shallow water - Can hopefully retrieve the drone up to 100ft
Garmin GLO Bluetooth GPS receiver because my ipad mini has no GPS (it’s not the cellular version)
Two in one gimbal cover and guard (on slow boat from China)

Now I read that lot back, it’s kinda scary lol

May also get a Mav Mount, but so far, I’m not too bothered with using the ipad mini in the controller’s jaws

Extended landing gear is a must have.

@RaRaRasputin Lol! And I thought I had a bad case of accessory’itus lol

But don’t you use the side port to charge the controller?

May also get a Mav Mount

I’ve got a genuine v1 for sale, more than open to offers and I’ll do mates-rates for Grey Arrow members

Extended landing gear is a must have.

I’ve never used mine, but then 99% of the time I use a landing pad. More often than not I’m taking off from grass so the landing pad helps by flattening a good area for me

Yah, I use the side for charging, but most of the time it is uncovered getting gunk and dust etc in it whilst out in the field.

I put my Strobon Cree LEDs on my landing gear, so early morning / dusk is mostly when I will use them

Off to Woolacombe tomorrow after a couple of days down in Watford - No flying down Watford, but I aim to get some coastal shots and video down at Woolacombe, even though the weather doesn’t look great.

Oh, and I got a couple of little Strobon 3D printed clips from PhantomHelp (USA) too!

(but in grey, not white)

So I have one facing forwards and one facing backwards - the theory being I can the see it, regardless of its orientation 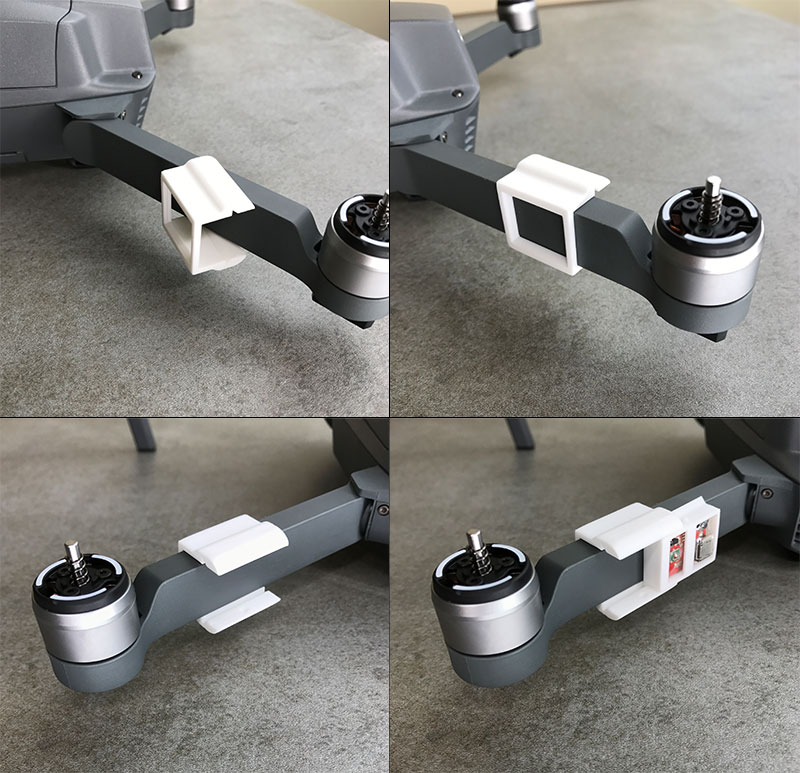 Another great accessory, some Strobon CREE ultra bright LEDs. These are tiny little LED lights, complete with their own (rechargeable) battery. They clip on to the legs of the Mavic (requires clips) and flash like a strobe. Soooo bright… They really help with finding the bird in the air. Often is the case I look down at the screen, then look up and WTF! It’s gone!! I literally can’t find it in the sky! And this is in VLOS too. Crazy… so yes, I have two of these, one on each rear leg, one facing forwards, one facing backwards, so I can see it at any angle in the sky. Bought them from Flytron here in the UK. Not cheap though…

Did you get white LED’s ? Do you have a link for clips ? Would small cable ties work ?

I bought the clips from USA - very expensive