Hi all. Has anybody had any success in shielding a gps module from the rf signals in a drone? My vtx is drowning the gps out.

This is one solution, put it on a GPS bracket. Not exactly streamlined, but that’s not my objective. Gps bracket mount base antenna signal foldable holder for dji phantom3 fpv quadcopter racing drone Sale - Banggood.com 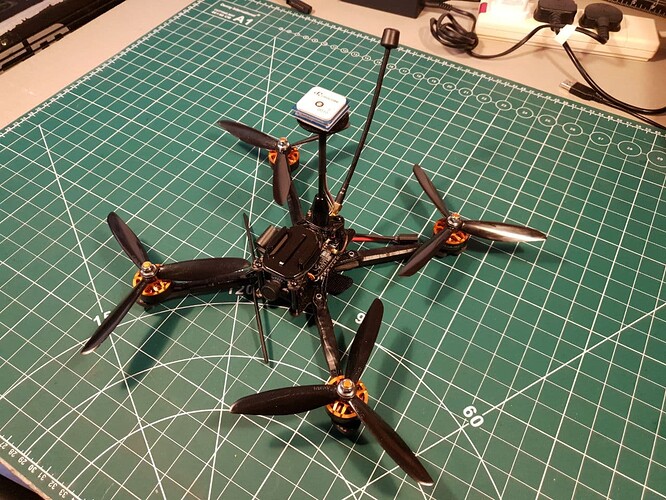 I have one of them on my Solo with a Here GPS module. Made a world of difference.

I was looking at something more streamlined really. I do like to do roly polies when I land, you see.

I saw @Steviegeek had one on the rear of his home build. May he be able to shed more light on this subject?

He is going to give me some mu-metal to try… 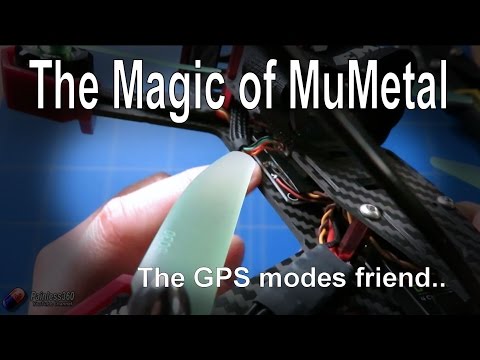 It looks like old crt tv’s have them. I have an old tv in the attic…

I have had the same issue with a bird with a runcam spllit and a GPS (or so I thought). After reading some articles on the web I wrapped and insulated the runcam board with copper tape, FC and wires as I was getting lots of sat signals until I powered on the rest of the quad - then the sats more or less vanished.
One (not ideal) solution was to power the fc and gps with a power bank for a minute or 2 until sats are linked and then p[ower up with lipo - not ideal

I wish that would work for me. As soon as the vtx and fpv cam are on, its bye bye lock within seconds

In an open field with a clear sky view of 360 degrees the quad with the GPS module on the arm will acquire 12 or more satellites within 20seconds from a cold start. The other quad will struggle to maintain lock on six satellites even after waiting over two minutes. So now both quads have their GPS modules mounted out on the arms.

Another interference issue I have encountered is the noise generated by a Naza flight controller to my EzUHF setup on 433MHz. The fix for this was to put the Naza in a CNC’d alloy box and ferrite beads on the servo lead connections from the receiver and to the ESC’s. This reduced the noise floor by 25dB or more.

It’s the shark byte vtx that’s causing my issue so I can’t shield that. And my 210 frame is just too small to find anywhere good. It must be kicking out some IF around the gps frequency I guess.
I’ve given up and removed the gps

What do Fat Shark say about it?
You can’t be the only user with a smallish frame and GPS

aliens have landed blocking signals,
its all googly to me.

SOLVED Cheers to @Steviegeek for not letting me quit, a slightly bashed vtx antenna was knocking out my gps.

Great job in getting it fixed, well done

I have a 7" with shark byte, and I have no problems with gps, but there is plenty of space between the vtx and gps. Also, it uses a different vtx. Higher power, but different.

Video is below. Basically, as soon as the vtx is powered up, the gps gets knocked out.

@Steviegeek said its throwing out noisy high frequency. I bow to his intellect, but how do I fix this?

I can put my phone near it and it knocks the sats out.

The first idea is to move the gps away from the vtx, but my wheelbase is 210mm.
Second is to shield the vtx, but it needs cooling via airflow.

I’ve been trying all sorts of shit to get this working, so I need a fresh pair of eyes so to speak. Try a different approach I haven’t thought of.
@Nidge @group-fpv @anyone else who you think could help me 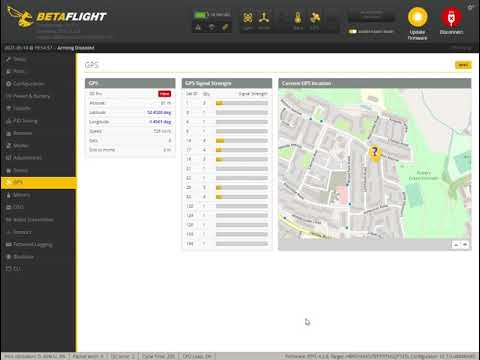 3D print a mount for the GPS sticking up away from the interference and then line the mount with the mu-metal that You and Steviegeek were talking about?