Unedited DJI Mini 2 footage of the small funfair on Bangor’s seafront from a trip to get some footage for the GADC 5th Birthday Challenge. You can see from the trees how windy it was, and the seagulls that were also taking an interest. The Mini 2 coped well. 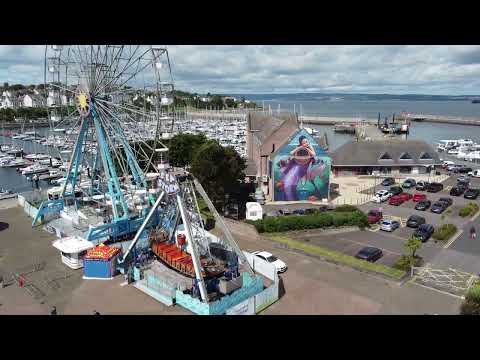 Nice part of the world is Bangor. As I’ve mentioned in a previous post, be very wary of Herring Gulls in particular. They won’t hesitate in taking a pop at your drone.

I treat seagulls with caution, though I haven’t often found them to be too much of a problem. In my experience they tend to come close enough to check out the drone and then move away. On the other hand, a few weeks ago I was getting some photos with the drone and they were getting very agressive, even coming close enough to worry me. I’m guessing they were nesting at the time, so it’s really just a case of playing it by ear.

Every now and then I take my drone down to a particular open stretch along Southampton Water. I found the Gulls are less bothered when the tide is in than when it’s out. Unfortunately for me I have the buggers everywhere given my location.

Nice part of the world.

I tool took the wife to wales for our honeymoon, to Bangor 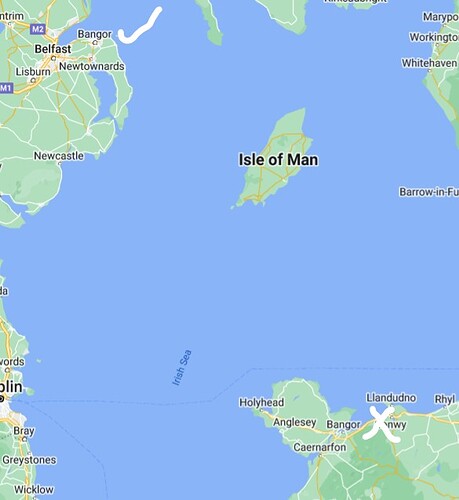 Last time I was there (NI one) picking up a ship off shore some bugger chucked a grenade at a copper!! (It was 1951) The beer was ok at the Engineers Club

The BETS Club is still here, but we’ve (mostly) given up on the shootings and bombings.

I get them when i film the cruise ships in Southampton, wee buggers.

Had a few beers whilsh awaiting a boat from the old WW2 carrier Ilustrious to pick us up. Thought it a nice place.

What side of the water do you film them from?

Always on the port side, Southampton Water View Point, I was in mayflower but you can get better footage here, you have to pay to park though.
https://maps.app.goo.gl/Wy5qMjKn62GQxhey5

I was in mayflower but you can get better footage here,

if you share locations from our very own DroneScene folks get to see any restrictions too ;o)