Just a bit of footage I shot in Whitby, North Yorkshire during a recent week on holiday.

it’s a my my 3rd ever stab at a ‘proper’ video so definitely not perfect, but I enjoyed getting out for some early morning flying somewhere new. 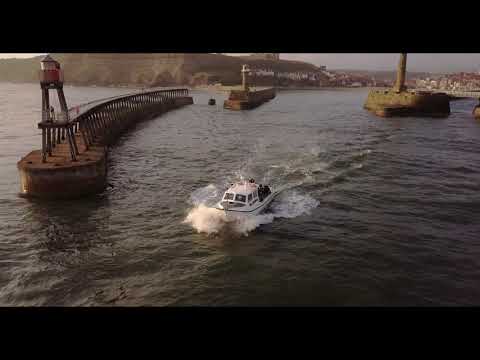 really liked the shots with the moving boats. Well done!

Really enjoyed that - total interest all the way through but what a great opening sequence.

I enjoyed that very much and thank you for sharing

This gains you the Coastal Flyer Badge for your profile.

Acceptable music and some excellent tracking of boats.

I should really qualify the ‘third proper video’ thing - I’ve actually had my MPP almost exactly a year but I just don’t get much time to get out and actually fly the thing and try to get footage of more interesting stuff. Lots of flights from my garden and outside the house over the adjacent fields but not much opportunity to get out to new pastures, especially with the whole Covid thing! Hence why I snuck out early each morning on holiday when my wife was doing her morning workout! Too good an opportunity to miss…

I really enjoyed your video some excellent shots of Whitby Abbey. Enjoyed you tracking the boats well done keep the videos coming

Love what you’ve done there.

Excellent all the way through. Very enjoyable. Thank you.

Thank you so much everyone for your very kind comments! I’m chuffed! I found it really nerve-wracking flying over water. I’ve not flown that low over water before. I would’ve liked to have gone a bit lower occasionally but didn’t have the guts to go below the level of the top of the boats antennas/lights. I find it not so easy to judge height when you’re looking down on the drone from a distance away!

Great video, and I’m glad I switched to 4k to view it as well!

I just watched this again, in 4K this time and it’s positively stunning!

Fantastic , I am mainly in Whitby during midday time so cant get the shots you got due too the amount of people around. Where was your take off points for the boats out at sea , Abbey etc , ? . Once again Fantastic video.

I was just wondering about toal too, the boats seem pretty far out or at least further than my vlos lol

Gorgeous ! I was thinking you have some balls to fly out over the water too. Were you on the end of the harbour entrance? Nice work !

Thank you Drifter! There’s no way I could have flown later in the day - the crowds were unbelievable! But around 6am it was completely empty everywhere.

I didn’t really fly much further than another 250m beyond the harbour walls so not that far out over the sea. Most of the boats leaving the harbour were shot from the harbour walls and I used the Bandstand to get shots a little further in as there’s lots of space there. I also shot some footage from the Co-Op car park and the top of the Abbey steps.

I find that I can see the drone at up to 500-600m if flying against the sky so chasing the boats was well within that range, although it can take me a few seconds to re-acquire it again when looking up from the screen at that distance. Against more cluttered backgrounds VLOS is much less - I’m thinking of getting some strobes to help with visibility as I’m sure that would make a big difference!