So I had a twin Getterback bracket 3D printed

I bought a pair of Getterbacks last month as I didn’t fancy losing my Mavic at the bottom of a canal.

The only problem was, I couldn’t get them to secure properly on the arms of the Mavic. No matter how much I pulled on the velcro straps I couldn’t get it tight enough whereby it wouldn’t slide around the arm, and in to the path of the props

Then I accidentally stumbled upon thingiverse.com and oh my, what a web site!

It was there I found a purpose-designed Mavic Pro Getterback mount / bracket: 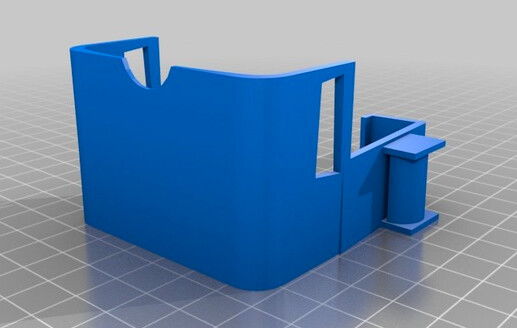 See how this works? It wraps over the top of the battery and clips around the battery release buttons and clips in to the fins on the bottom of the heatsink.

So, not having a 3D printer I headed off in search of a firm that could print it for me. I sent my design off to a couple of UK based companies.

Chris at 3D Quick Printing got back to me, he uses Stratasys printers with ABS plastics. We struck a deal on the price and three days later, this arrived: 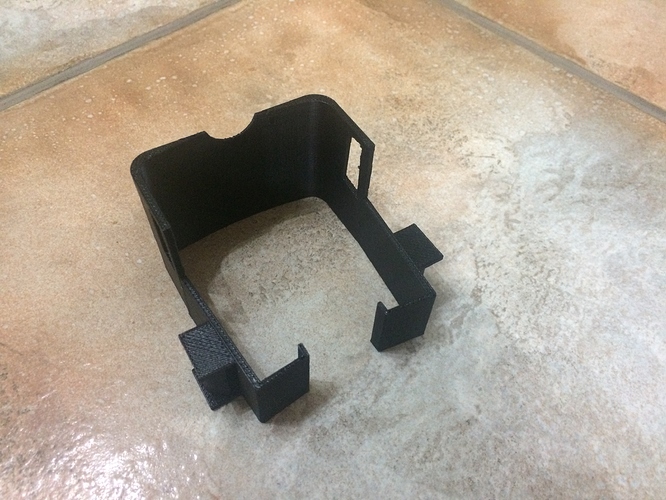 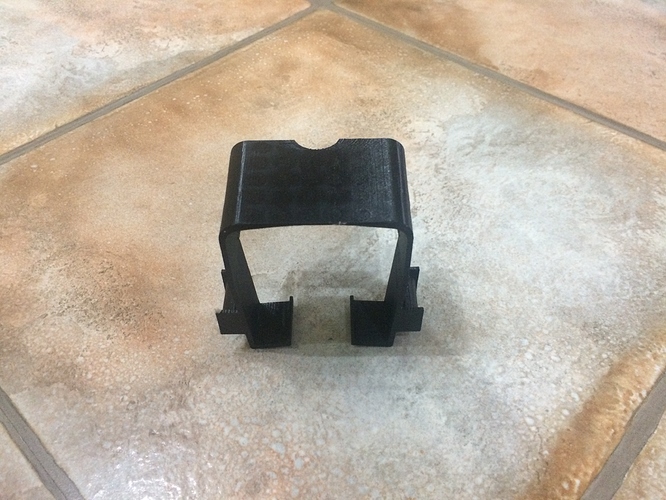 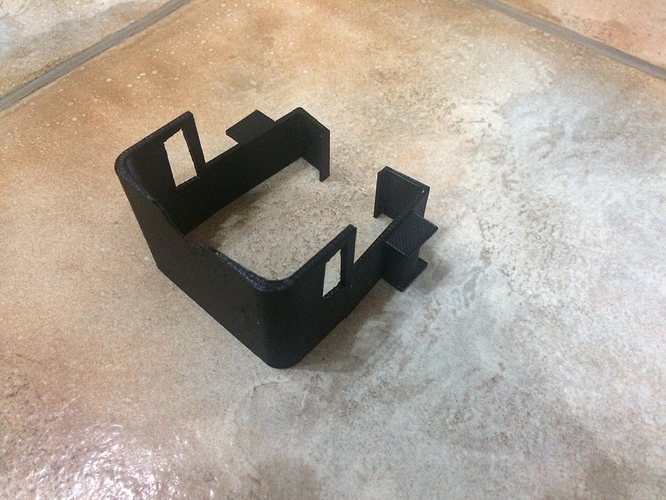 Yup, it looks pretty much spot on to Jamie’s design!

Props to Chris at 3DQP too (props… see what I did there?) for the fast print and delivery times too

So all that remained was to fit the Getterbacks and mount the whole assembly to the Mavic.

Here’s a few pics of the GBs fitted: 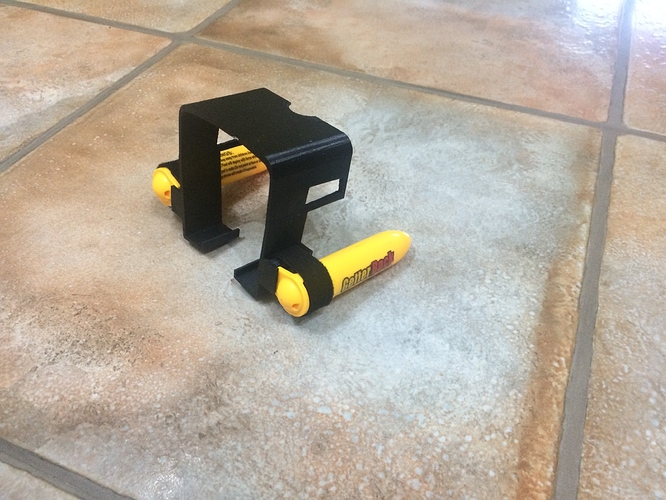 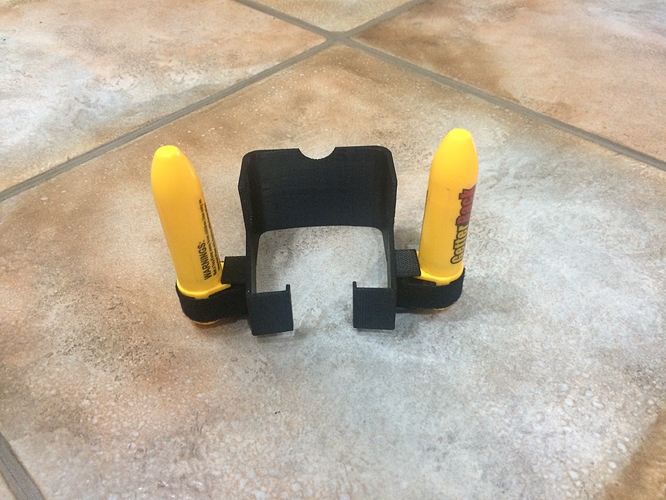 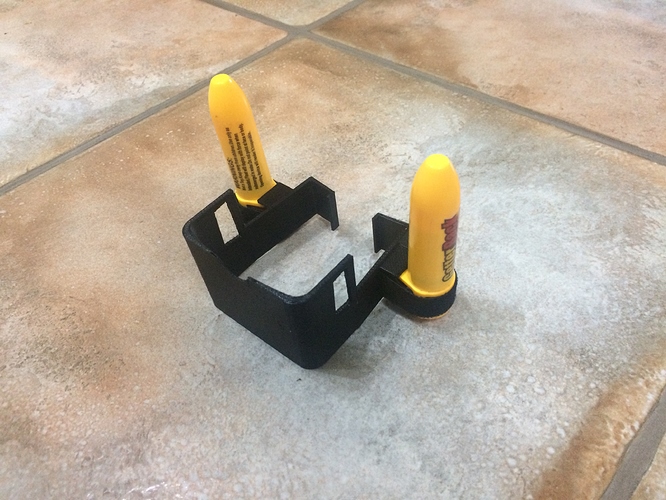 The velcro on the GBs is quite long, but the hole on the mount is only large enough to get one “wrap” through it. Let’s hope that’s strong enough eh? I trimmed off the excess velcro.

Next step, simply clip the entire assembly over the Mavic Pro: 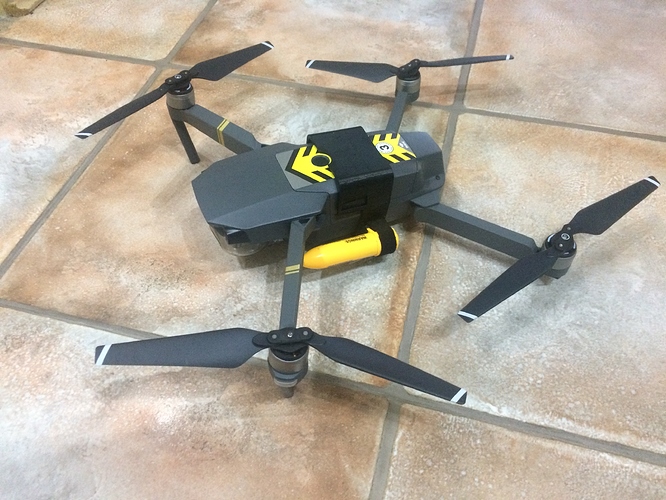 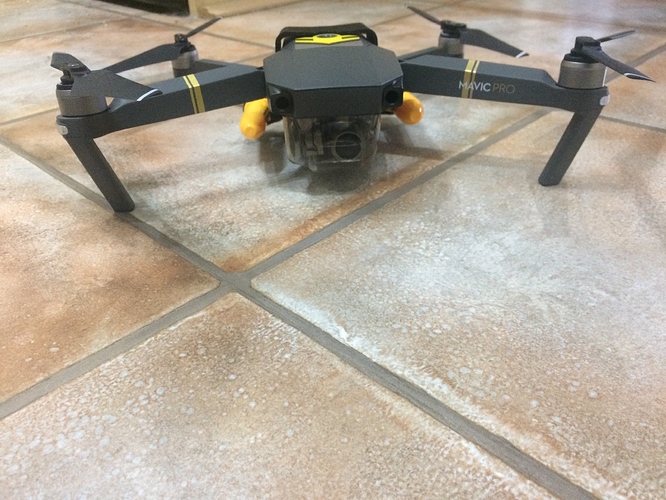 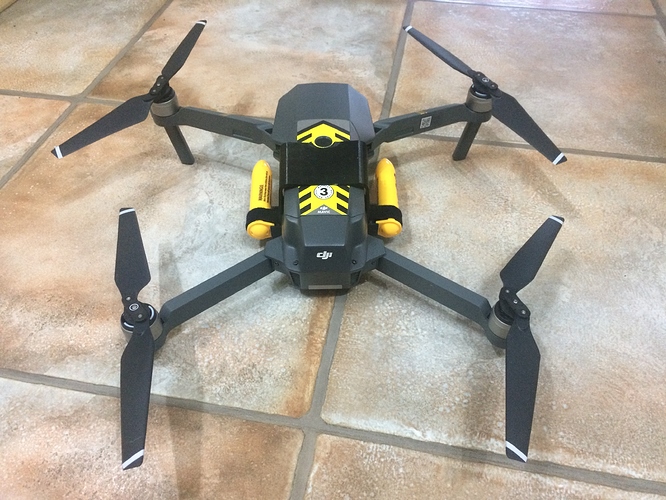 And the view from the underside, showing the clips locked in to the heatsink fins: 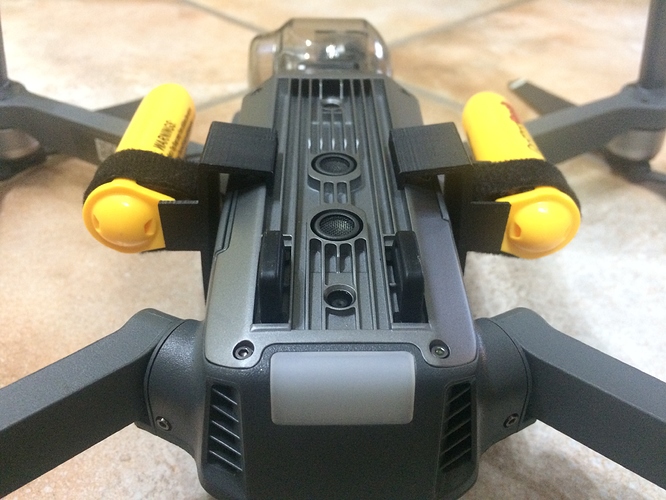 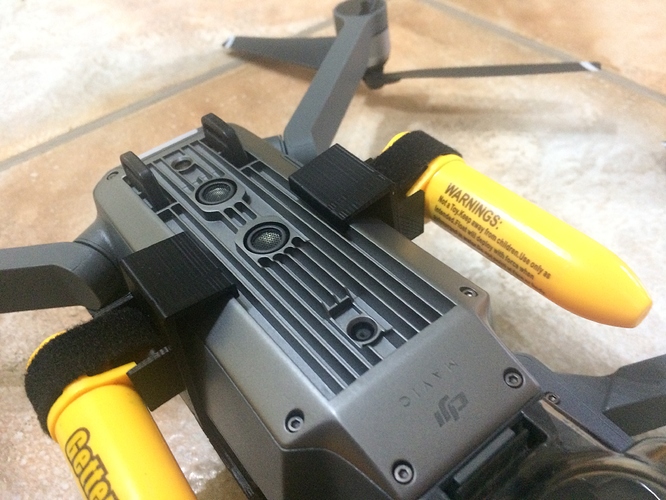 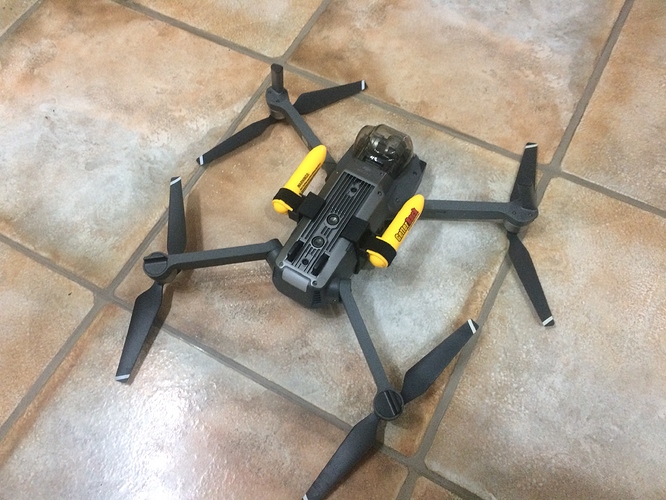 So it all looks good. In principal.

In practice, I was getting a little edgy…

If the worst happens, and the Mavic sinks, the Getterbacks would deploy and float to the top of the water. The idea then being that you pull up on the cord(s).

However, if I pull on one of the GBs mounted on the sides, the bracket itself flexes a little. I’m not sure how much of an issue this is, or might be, but I suspect that with enough force (such as yanking it up from the bottom of a canal), the bracket could possibly unclip itself from the heatsink.

So, to prevent this and in order to add yet another layer of protection, I decided to wrap a velcro strap around the whole shebang: 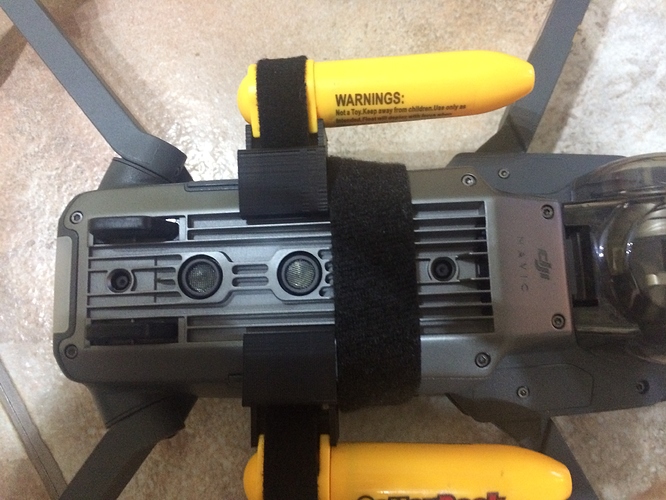 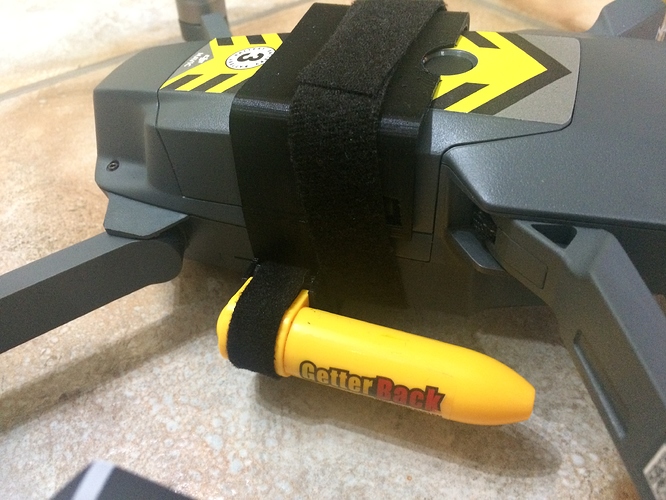 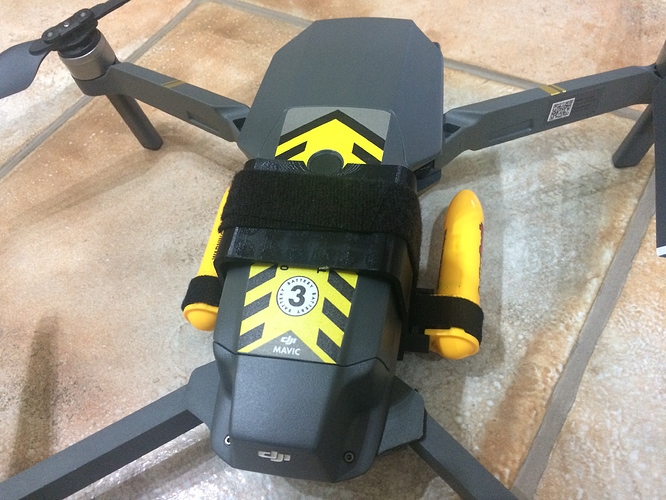 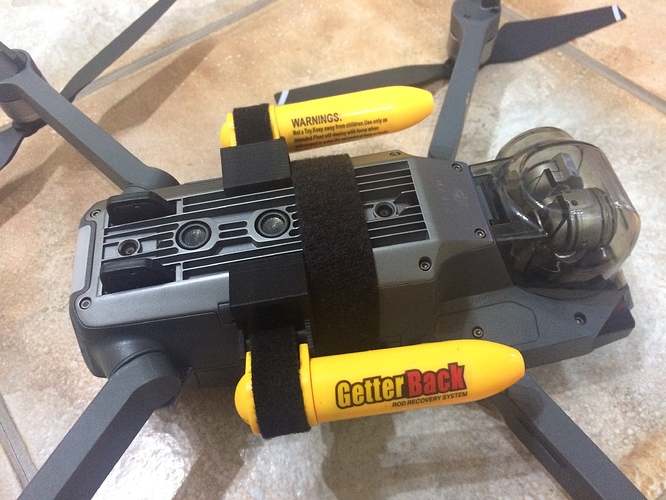 So there we have it, possibly the most ideal Getterback mount system ever designed…

Hopefully though, I’ll never need to update this thread to say I had to test it!!

Cheers, may have to invest in this

i’ve always been warey about adding things tovthe mavic, especially when mounting near the belly sensors… but i guess this is something that will only ever be used when flying over water…

Since the base of the Mavic is a massive heat sink does strapping this bracket across it cause any problems?

The clip itself only latches on to the side of the heatsink so no issues there. The additional velcro strap is only 25mm or so wide and the air can still flow under that. I don’t think heat will be an issue

great for my peace of mind here with lakes all round me.