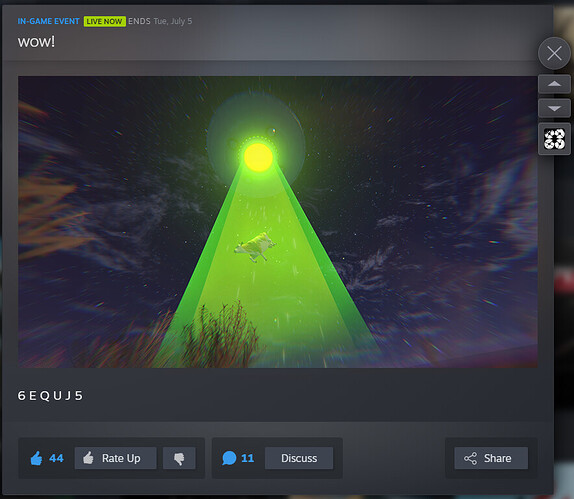 I’ve been tooling around for about an hour now and 5 - 10 minutes after loading into a map a UFO flies past. That’s all so far. I’m guessing the main event’s going to be tomorrow for the Colonial Rebels’ party.

Oh, and there’s this: 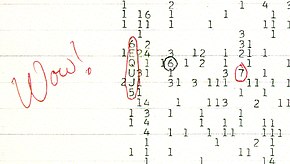 The Wow! signal was a strong narrowband radio signal detected on August 15, 1977, by Ohio State University's Big Ear radio telescope in the United States, then used to support the search for extraterrestrial intelligence. The signal appeared to come from the direction of the constellation Sagittarius and bore the expected hallmarks of extraterrestrial origin. Astronomer Jerry R. Ehman discovered the anomaly a few days later while reviewing the recorded data. He was so impressed by the result...