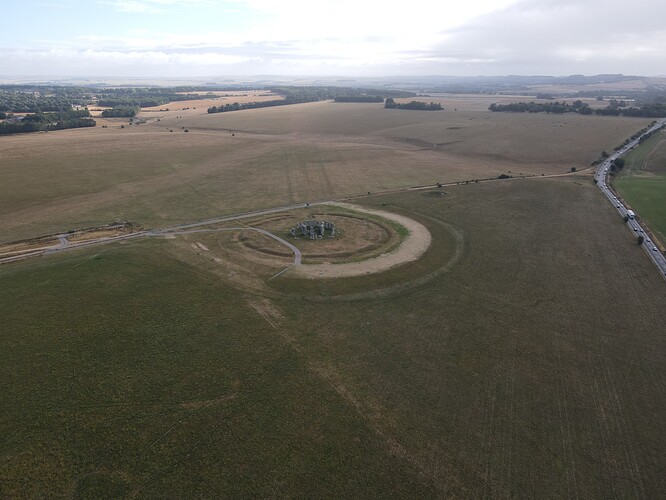 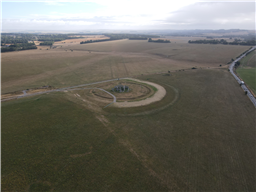 This location has been recommended to fly your drone in the English Heritage category in the South West region.

I visited very early morning, was not allowed in Museum car park as too early, but found an access road on left of A303 which headed for a small caravan site ( something English Heritage seemed to have organized ) I took advantage of this road to use top of car as TOAL, and did a short hop over Stonehenge and adjacent fields which formed the runways for the RAF in WW1. English Heritage have a full write up of the history of the site over WW1, site was disbanded shortly after the 1918 surrender

The originator declared that this location was not inside a Flight Restriction Zone at the time of being flown on 19/08/2022. It remains the responsibility of any pilot to check for any changes before flying at the same location.

Nice one Barry, no problems with the English Heritage gestapo then?

Thanks, No major problem as I was very early 7am? Only person was a antsy guard on car park but I didn’t use that as I realised TOAL would have been on NT or Eng Hertige property lol. So I used a small turning off A303 to get close Was only short flight as we were on way to Poole for boat pics etc

Got to get down there one of the days, haven’t been down there for years and then I was working!