Strange things going on in the skies

Just been having a look at Flightradar as there seems to be very few planes in the sky and this is what I could see, 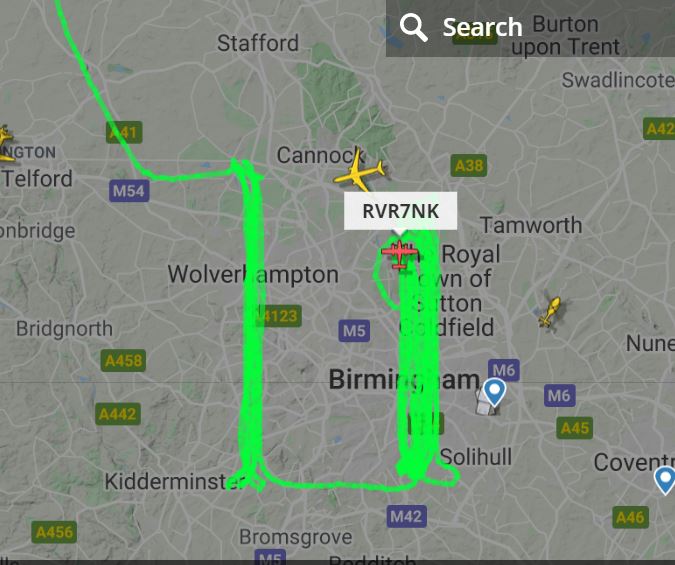 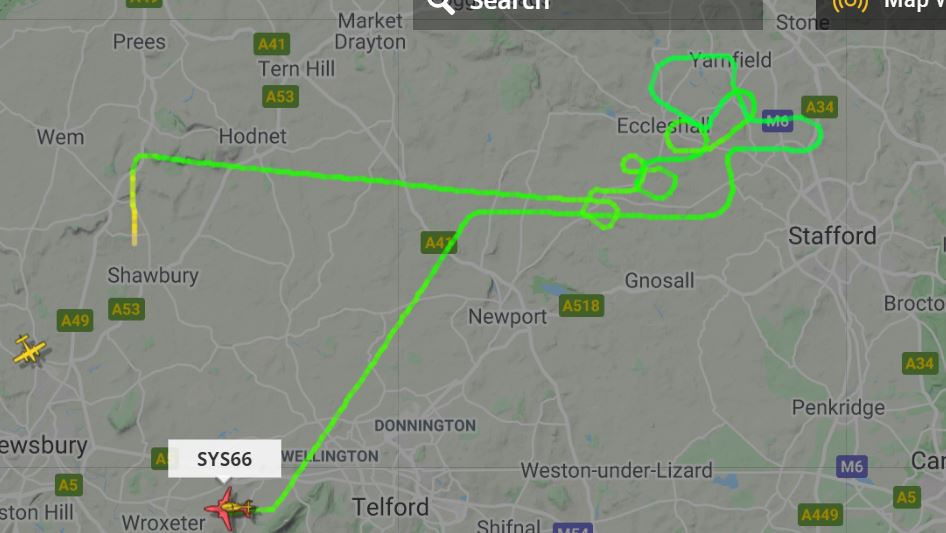 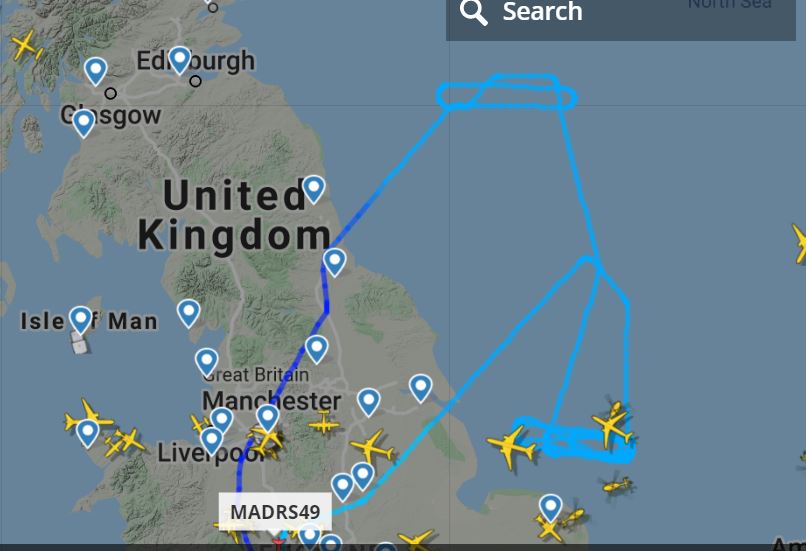 Yes just checked my app it appears that Google maps or ordinance survey are taking advantage of the quiet Skys and re-mapping I reckon anyway.

Yes. The first one is Ravenair doing aerial photography for mapping. Here’s an article about it: https://www.liverpoolecho.co.uk/news/liverpool-news/bizarre-flight-path-over-liverpool-18091749

The second one is this EC135 helictoper which belongs to the Defence Helicopter Flying School: https://www.v1images.com/wp-content/uploads/2018/07/ZM521-1.jpg It’s doing a lot of flying from RAF Shawbury today by the look of it: https://opensky-network.org/aircraft-profile?icao24=4073ae

The military stills seems to be operating. I can hear fast jets enjoying themselves overhead every day or two.

The military stills seems to be operating. I can hear fast jets enjoying themselves overhead every day or two.

The first one is ordanance survey plane. Second I’m not sure, but 3rd I think is military typhoons playing at dog fighting. I was lucky enough to be under them as they played.

I read somewhere that Police and military aircraft did not show on this type of app, is that right ?

It depends which app you’re talking about. And if the aircraft in question is ADS-B equipped.

FlightRadar24 filters out most military traffic I believe. ADSBexchange.com doesn’t filter out anything.

ADSBexchange.com doesn’t do any MLAT so it only shows straight ADS-B contacts.

So if you had a military contact with mode-s only (no ADS-B), it wouldn’t appear on ADSBexchange. That’s not because it’s being filtered out. But rather because there’s no way of ADSBexchange knowing it’s location. (They would actually receive the mode-s transponder packets and store them in their database…but they wouldn’t show on the map, etc).

Whereas, FlightRadar24 might know the aircraft’s location (using MLAT) but they filter it out.

I’m hoping ADSBexchange.com adds MLAT one of these days.

Ah! I just checked adsbexchange.com and it looks like they have added MLAT!

There are aircraft appearing in the list in yellow and the key says ‘MLAT’. Well I never!

@FPVUK Great thanks I think that answers my question, I was referring to Flightradar24 as I’ve had the Police copter hovering above once or twice and it has never shown up on Flightradar24 yet air ambulance does…cheers

I can see 3 x C130J’s doing the rounds at the moment - and a Stratotanker too (which is being located through MLAT). Cool!

And none of these aircraft appear on FlightRadar24.com

In fact, if I had to guess I would say that this C130J was doing air to air refuelling off the Stratotanker right now! https://drive.google.com/a/fpvuk.org/file/d/1d-bGmAyhwLfKZ9DaMsxl9-pzAzG0co6I/view?usp=drivesdk

Both of them are being located through MLAT. Very cool.

There are 2 x Ospreys flying around right now as well.

I haven’t looked just lately but at night on one of the apps I have seen a slow moving (50mph) craft going on sorties from Lydd airport (Kent) and taking a route back and forwards a few times in the middle of the English Channel between Dungeness and east of Dover for two or three hours at time. This is said to be a large drone watching out for illegal immigrants coming to Britain. I won’t postulate to what they do about them because most seem to stay!

Thanks for all the info, I find the ADS-B fascinating showing all the military aircraft. there seems the be a high number of helicopters around Shrewsbury I take it there must be a base somewhere near there. 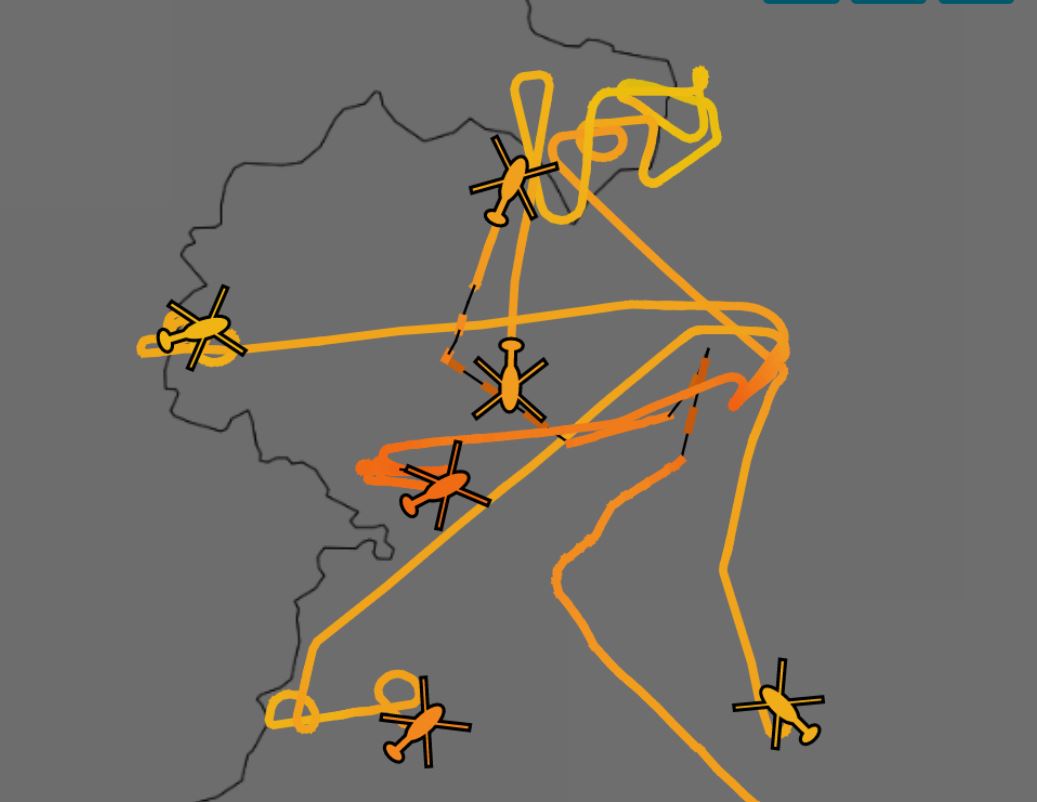 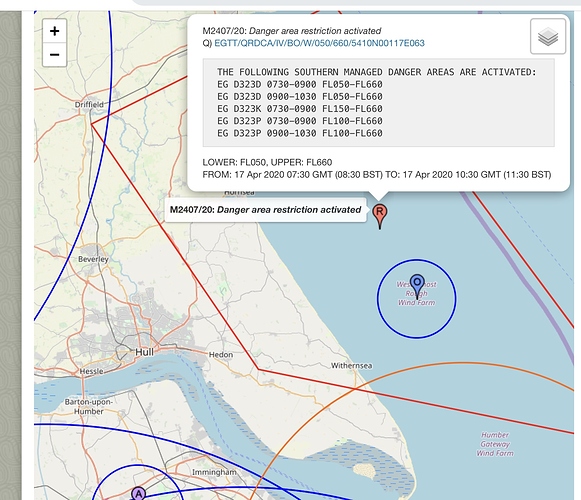