Suggestion: A list of places you *want* to fly

I’ve been toying with the idea of a new feature, a list of places you want to fly. 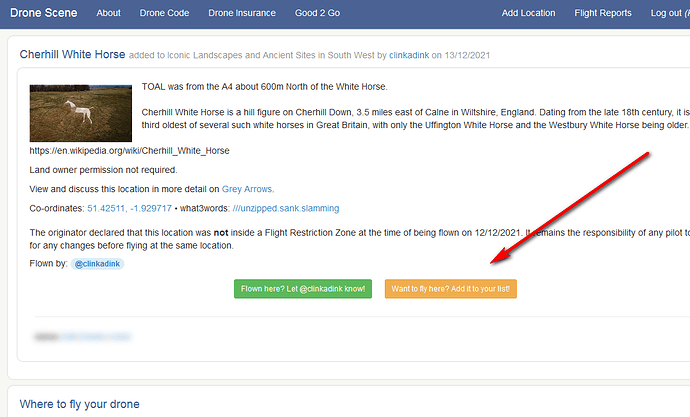 Clicking this button would then add this location to your “want to fly” list / profile.

Your “want to fly” list would then be an additional map layer, so you can see marker pins of places you want to go. Clicking the button could also add a reply to the forum saying you want to fly here (optional, perhaps).

Some people would add places for the sake of it, some would be more genuine and only add places they really want to fly.

I’m hoping to spend some time in Scotland next summer (post beer festival), and have been accumulating places in a mapping app I use (OSMAnd).
This obviously allows me to use the app as a SatNav to take me to the place (or at least the nearest car park since some are a tad off the beaten track), so this aspect would be less easy.

… unless, of course, clicking the geo-location on mobile would fire up the satnav (or any mapping) app?

Some people would add places for the sake of it, some would be more genuine and only add places they really want to fly.

That’s ok, it’d be a private list just for them, not publicly accessible.

Clicking the button could also add a reply to the forum saying you want to fly here (optional, perhaps).

So perhaps not a great idea, but it would get the conversations flowing

Post beer festival? Come up when the Perth Beer Festival is on, 3 days of beer, music, and the perthsire rugby sevens is on at the same time, and at the same location. What a coincidence eh? There’s even an over 35’s rugby tournament if you’re an ex player and fancy a run out? Perfect place to stay as a base for visiting Scotland.

I’ll be in Scotland for FyneFest beer festival. That will see me through until 2023.

I suppose the are many possibilities

If it is just a private wishlist some people might find it useful. I like the example above which allows the adding of cautions - there are many sites I can think of that are easy for car parking and devoid of people on a winter Wednesday morning and impossible to fly in any safety on a summer weekend.

Use it to create a sort of drone bucket list

I’d be a maybe. But I’d be more likely to be interested if I could also mark places on a wishlist even if nobody else has flown there yet.

I like the idea of having custom wish lists (which you could then make public or private) similar to Amazon?

I used to use Google to save places I’ve flown or want to fly, now I use W3W’s app which can launch my satnav to get me there. Can’t see me using this feature.

I like the idea. When I travel for work, I write addresses on my phone. This way I’d be able to see them quickly.

But I’d be more likely to be interested if I could also mark places on a wishlist even if nobody else has flown there yet.

I like this too. Sort of a private dropped pin to check out.

I’d use it, I could write a list down, but with my memory I’d lose it! The number of diaries I’ve mislaid/lost in the past is unbeleivable!

What my current custom google map of places I want to fly looks like! 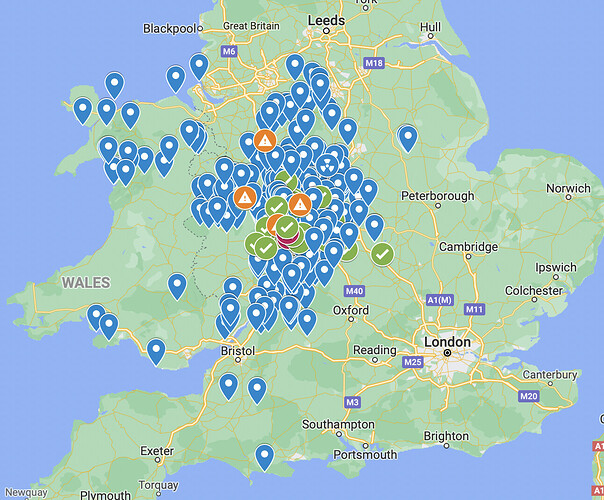 I’d probably use this. I currently put places I might visit in a simple list on my notes app and just kind of pick from it randomly. It would definitely be nice to have them on a map. On a couple of occasions I’ve picked from my list only to find it was more or less next door to another location I’d recently visited and could have easily done them both on the same day.

Is this live yet? Seems like a great idea.

I think this would be really useful. Particularly if you could keep your own private list of places you want to fly but haven’t got to yet. Helpful for those occasions where you see somewhere that looks great to fly, but you don’t have your drone with you at the time.

19 posts were merged into an existing topic: Co-ordinates link issue

A post was merged into an existing topic: Co-ordinates link issue (plus W3W link)