The Hare and The Tortoise

I hit click on this bad a%$s wing, a Need for Speed, “I think I’ll also have a fan blowing wind in my face for the 100mph effect” . 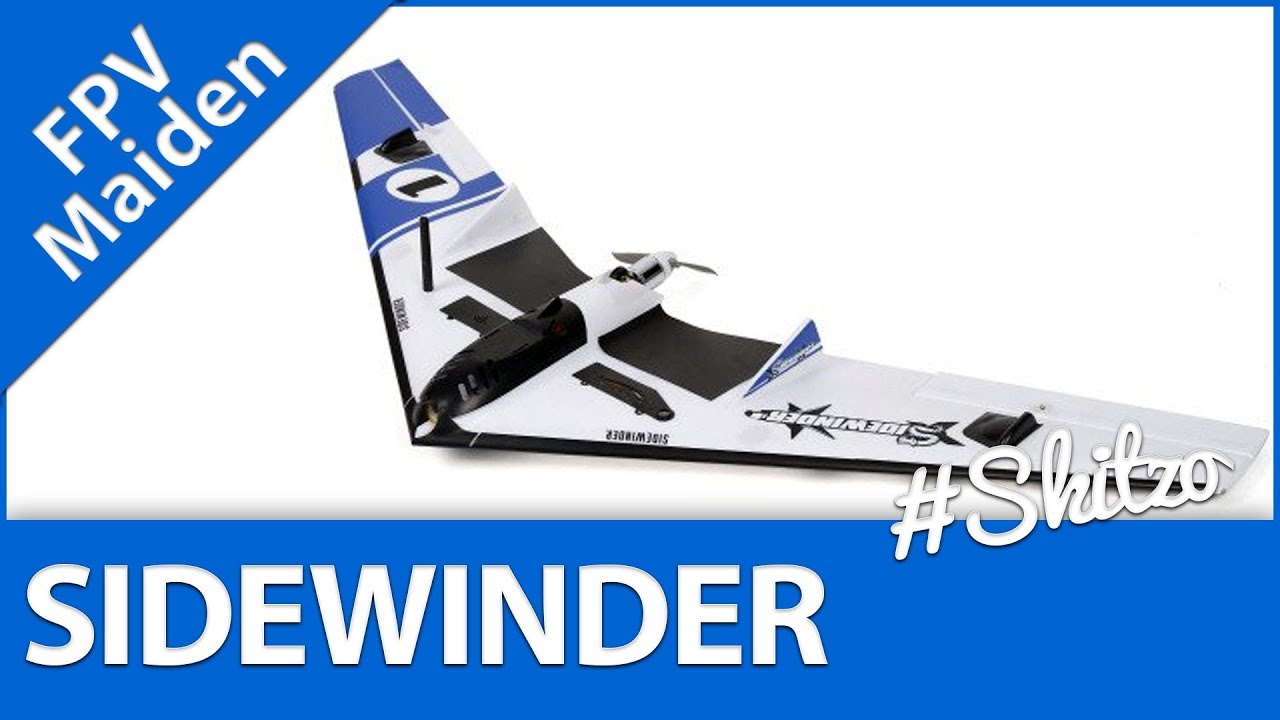 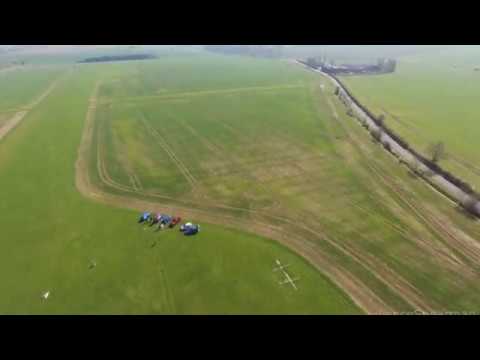 Wow. I’d last about 2 seconds with that before slamming it into the ground.

Wow. I’d last about 2 seconds with that before slamming it into the ground.

It’s been a while since I flew something fast, couldn’t resist an adrenaline machine.

Seems pretty cheap. I’d like one, just all the other stuff I’d need to buy with it must add up quickly.

Surprised no one has hacked the parrot chuck. Once your up to max speed the motor is not hard pushed, must be a lot more speed to be gained.

Seems pretty cheap. I’d like one, just all the other stuff I’d need to buy with it must add up quickly.

Surprised no one has hacked the parrot chuck. Once your up to max speed the motor is not hard pushed, must be a lot more speed to be gained.

To hack the Disco you’d need a new ESC, motor and prop change. I’ll hazard a guess the Disco ESC is only 30A. The sidewinder has a 50A ESC married to a 3536 2000kv motor.
The Disco has a pitot so may have air speed limits programmed, but the idea is a good one Callum as the chuck is great for launching and landing.

If you wanted to get this with all the gear on a budget, I think it can be done for less than £400.

I would highly recommend for a first timer to plank flying, to go FrySky for TX and RX purely because FrySky have a 3 axis stabilised RX. They do a 6 and 8 channel.
If you already have the Dji goggles RE you’re done, it’s just a matter of scanning the 5.8 frequency. This type of aircraft was the reason I bought the RE.

No goggles yet I’m afraid.

Was just out of curiosity.
Been looking at some used kit on ebay, mainly racing drone packages. Would be nice to have some basic kit where I could get something like this going as well.

Came across my DX6i and Mcpx BL the other day, was almost tempted to order a couple new batteries for it and give it another shot. Too frustrating for me.

The only fixed wing I’ve flown is the disco but imagine it to be much less frustrating since it can only fly forwards, possibly I’m wrong though.

I think the Disco is a great platform for learning and practicing flying, but a bit expensive to learn manual flight with it.
This wing will work with your current TX and RX; for FPV though there are cheap goggles out there but in my opinion they’d be a waste of money if you can’t use them with your Mavic.

Callum the main thing to consider in moving over to manual flight fixed wing is you have to control the throttle unlike a drone or a CP helicopter, so you have to be careful not to stall it, the Disco adjusts the throttle itself but apart from that if you can fly a hell you should have no issues at all flying a wing.

I do like that about the disco, impossible to stall. Do manual wings like this have a pitot for indication of airspeed or do you just have to judge it by groundspeed and wind conditions?

I did Areonautical engineering at college many years ago so have a good understanding of fluid dynamics, drag, control surfaces etc. Not sure how much good that would do me when flying though.

I really fancy one but too much cash going out elsewhere.

I’ll prob save for a crystal sky and RE goggles then look into something like this.

Thinking something that runs ardupilot might be a good option, full manual with the option of autopilot.

Don’t over think it @callum when you’re ready just get a really cheap wing with a 3 axis stabilisation RX like this one. You really don’t need an autopilot but a few hours on a sim would go a long way towards instilling some confidence that one is armed with some knowledge of fixed wing flying.

Your aeronautical engineering background is helpful in understanding the aerofoil characteristics used in the sidewinder, as you can see in the video killing the throttle and allowing the wing to glide has no vices and especialy if there is 3 axis stabilisation.

The fun is in learning something new and challenging one self really,for my own interest I’ll be hooking up a FrSky S6R which is sitting here on the bench just to see what it’s like.
I think the Disco is deciving in some areas of it’s flight envelope since the autopilot masks the stall, but nevertheless a good platform to learn on.

I know you know this; the stall is indused when there is no thrust coupled with sustained up elevator, and although I knew the theory it was only when I was collecting bits of a model many many ears ago that it sunck in.
This wing has been thought through, one thing to prove this is they have included a dummy antenna on the opposit wing to the VTX to balance the wing when it enters stall.

In the stall the heavy wing drops first but if balanced both wings stall at the same time which means that the nose will drop and recover the stall by increasing the air speed over the stalled wings reducing the potential to spin out of control.
Go for it when you’re ready, I should have this wing by the weekend and I’ll report on it’s progress…

The only time I crashed a wing was doing a loop, I forgot that it isn’t like a heli needing negative pitch when it is inverted, I dropped the throttle to zero as it came over the top, which made it stall and then when I realised my mistake and gave it full throttle again it hurtled towards the ground before exploding into pieces

I nearly crashed my Phantom 2 in full manual mode doing a loop/flip … it uses a LOT of height! LOL!

I nearly crashed my Phantom 2 in full manual mode doing a loop/flip … it uses a LOT of height! LOL!

I should do it again, some time … but with the MP hovering in position to video it.
#WhatCouldPossiblyGoWrong?

The Hare has arrived, the first impression is good though one little niggle the canopy retaining magnets are taped down “not good for 100mph”.

The receiver bay is the wrong shape for my chosen S6R but I half expected that any way.

The ESC canopy will be eating grass, cow pats, sheep droppings, dear droppings or mud depending on choice of field so I’ll be looking at a 3D printed mod for it. 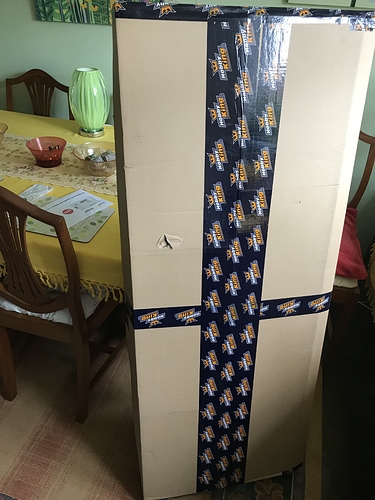 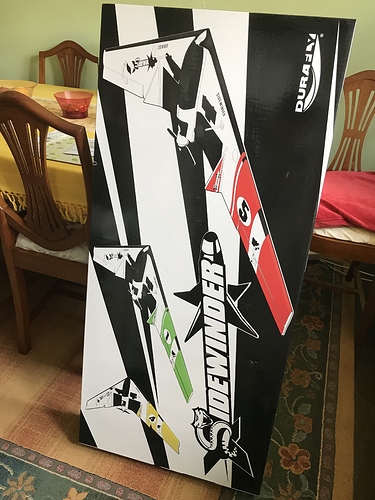 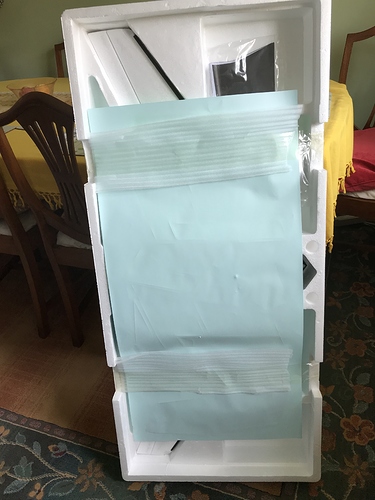 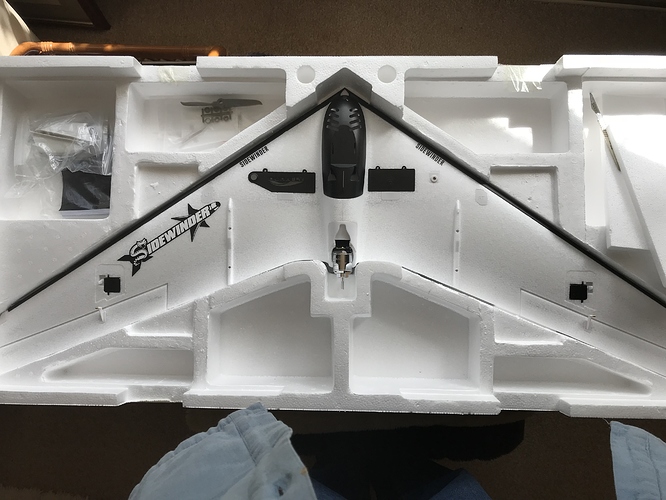 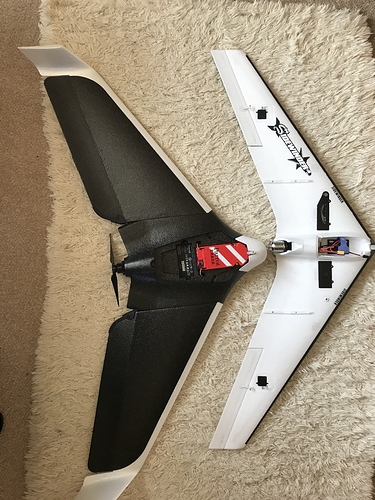 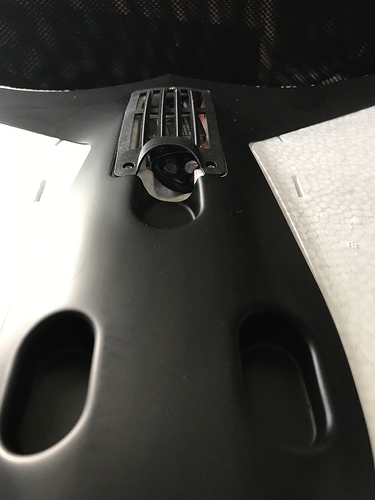 I have in hand all the other bits to finish this which are RX, 1000TVL camera and a 5.8G VTX

My god, the size of that box lol.

Looking forward to hear of its maiden flight.

My god, the size of that box lol.

Looking forward to hear of its maiden flight.

Hopefully we have some good weather next week.