The Nook - A Local nature reserve 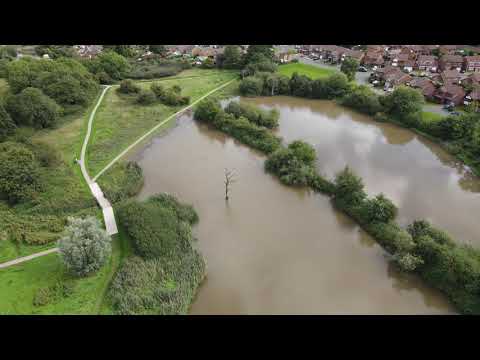 Had a great afternoon flying at a local nature reserve. Bumped into the grounds keeper on my way back to the car and told him i’d had my drone in the air and he got excited and asked me to post the photos and video to the reserves facebook page. He also said he may even include one of my photos in his new 2021 charity calendar. I tell you something it was a breath of fresh air to speak to somebody who looks after a nature reserve that isn’t anti drone. I grew up playing in this location as a boy, brook jumping and building tree houses and the like. it was a waste land when I was a boy and it was amazing to see its transformation into a nature reserve especially from an aerial view. It brought back so many fond memories, I love this hobby

Nice video @DeanoG60 sounds like you had a good result today. Looks like a place I used to fish as a kid

Yeah I did a little fishing there as a kid but as it’s now a nature reserve it’s now banned lol also them trees and bushes running through the middle was an old railway track used many many years ago to transport coal from the local pits. When I was a boy it had been concreted into a bridge across the lake but was in total disrepair and falling to bits so rather than remove it the closed off the ends and let nature take its course with the trees and bushes and it’s a safe place for birds geese and swans to nest away from the foxes.

Great video mate, like the choice of music too