The stars are aligned 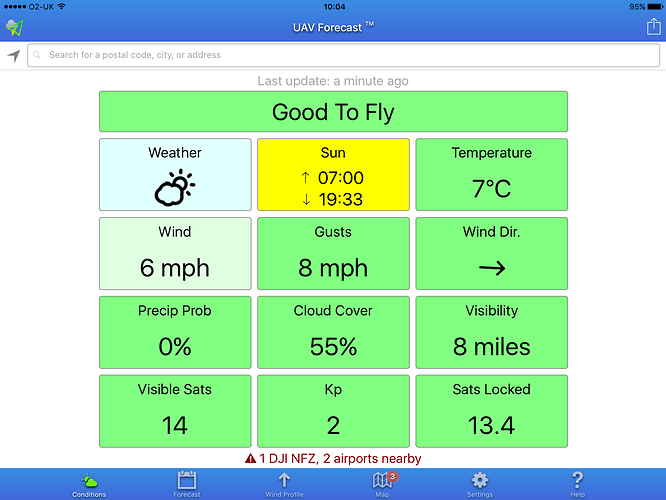 Charge everything you can find? 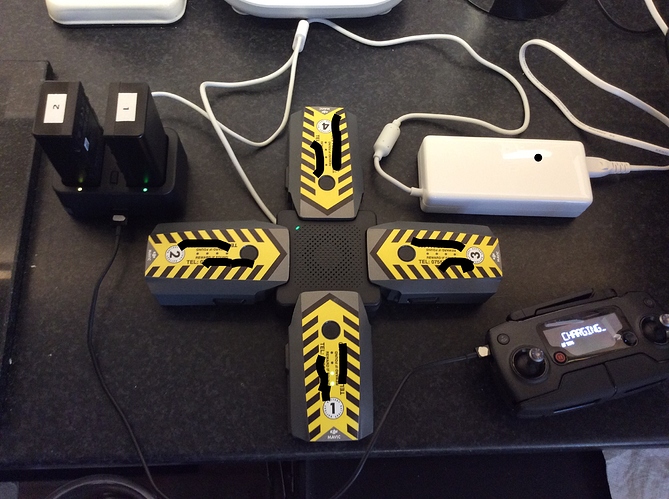 Can’t be arsed to walk to fly?

Anywhere close enough even if I could be arsed?

Edit: Actually … looking out of the window properly … it’s a really grey, chilly, dismal, light drizzly kind of day outside. 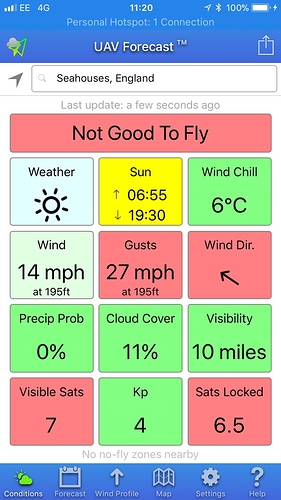 I’d fly in that all day long mate.

20mph continuous is about my limit

I don’t have massive faith in that app.
6.5 Sats Locked? Either a Sat is locked … or it isn’t.

Indeed, when I tried that app I had 12.2 sats locked … and that was the same indoors as out … and a proper GPS app was giving many more.
And the other app intercepts all GPS calls and displays a usage status icon … but UAV Forecast never triggered the GPS usage icon.

Also - once Sats is red, you get “Not Good To Fly” irrespective that everything else is OK. I understand that logic … but if you’re indoors at home checking, chances are Sats Locked will be red.

I removed the app …

Interesting, it also says sunny, when actually its now raining. Also sats is 14 in the real world.
And I am currenty in my holiday caravan, indoors and it says rain…it never rains indoors LOL
Maybe I should delete this app also.
Cheers @OzoneVibe
B