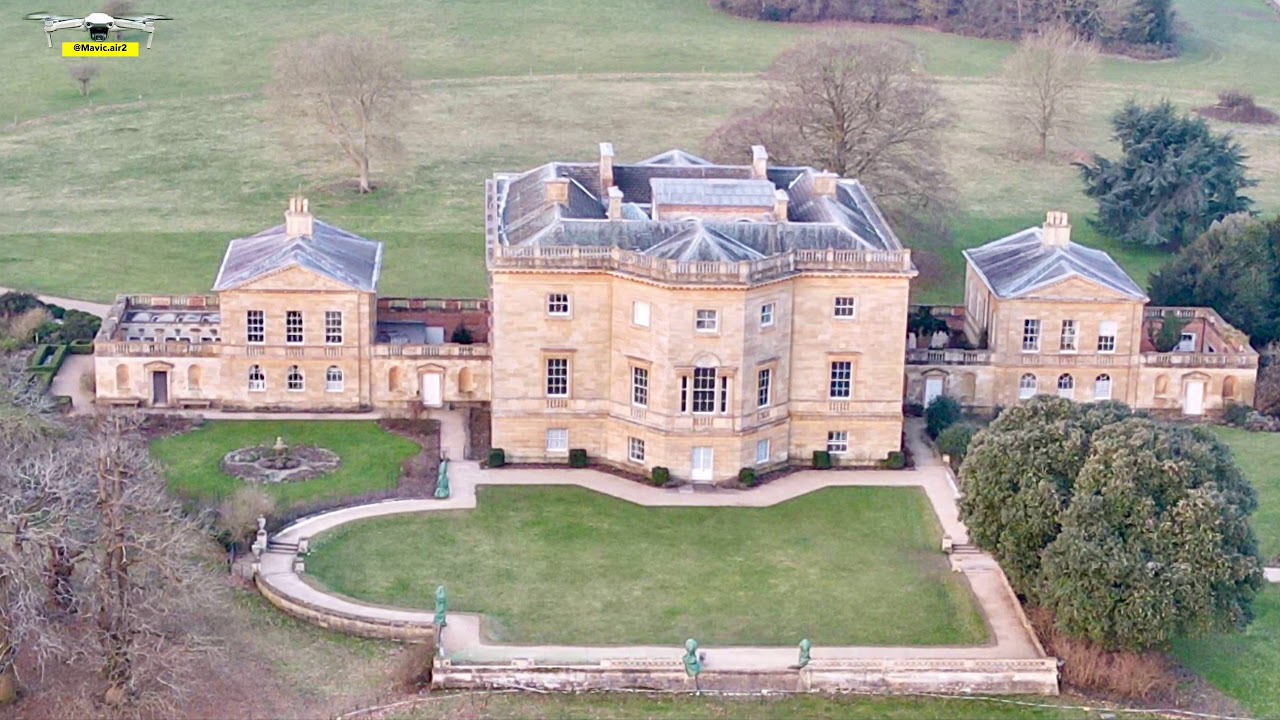 Tbh if that was my house I’d be a bit annoyed at you flying around it like that. Lovely video but I’m just saying …

I agree with @Gkinghrn. If the shots had been from far away, I think that would be ok, but the overflights might be pushing it a bit. Tricky one. If people are living there, then I’d say definitely not, but if they’re not, then maybe it’s ok. Great video though.

I don’t see a problem he was high up could not see into windows or people.

The fundamental issue, is thats it belongs to NT.

No good behaving like a cheeky little charlie thinking youve given the NT the finger for sake of snatched vid / photos. Nowt good about it tbh.

‘Oooo, look what ive done. Sod them telling me what I can and cant take.’

Another consideration is that many NT properties, and similar non-NT properties, are residential and the occupants will probably crave some peace and quiet when the great unwashed hordes go home for the day.

I’ve been a member of the NT for many years and there’s nothing I’d like more than to be able to fly some of their properties. But even though they are open to the public they are still private properties, and we members are just paying guests and I respect that.

It’s not that different from making repeated passes over one of your distant neighbours house and garden. Yes if you have a certain drone and you posses the appropriate paperwork then legally you are not in contravention of the CAA directives, but you could be found guilty of being a public nuisance and for disturbing the peace.

Thank you for your comment but I did check and no one lives there. I didn’t take off on their land I also stuck to 250ft-301ft above the house also I didn’t actually fly over the house but your entitled to your opinion and as for been a cheeky little Charlie I did the video and so I could share on a walking group so others could see this brilliant house that they can go and visit the grounds and house when lockdown is over

No one lives here

Speaking from a legal background, public nuisance, maybe, but in this scenario highly unlikely. You have to prove nuisance to the public at large, not an individual person or family.

And by disturbing the peace, I’ll have to presume you mean breach of the peace? If so, them definitely not. Most people, myself included before I joined the police, think that means being a noisy or otherwise irritating bugger, noisy parties etc, but it actually means conduct that would make a reasonable person think someone was about to be assaulted (not necessarily them).

I’m not saying that makes buzzing someone’s house ok, just because it’s worth a few bob, but assuming you broke no criminal laws or CAA rules, they’d have to pursue you through the civil courts for something, which would just be exorbitant to the point of not being worthwhile.

either way think there has to be some middle ground. Both sides have +ves and -ves. Yes it would be annoying as hell to have drones flying over my house every day, but not so much having photographs and videos taken from a respectable distance, it really also comes with the teritrory when you buy a statly home and then open it up to the public. Or when you pass on a stately home then pass it to the NT (usually due to death duties) who then open it up to the public.

the privacy thing is no different from someone snapping shots with a mobile phone or DSLR. Its quite right that constant buzzing overhead from drones would be annoying, but a blanket ban from TOAL on all NT property, regardless of where is a bit OTT, then making out they can prosecute any overflight under very dodgy bylaw clauses is reallly daft.

I have had my drone since May 2020 and the first chance I got I took the A2 COFC as I love flying my drone and have always stuck to CAA Rules as I have never want to upset anyone. I stuck to CAA Rules on this flight and still have the flight information saved so as to show where and when I took off and stuck to a hight of between 250ft-301ft. I know not everyone will agree with me but that’s the world we live in now a days. Again thank you for your comment

Why does the NT not like their site being promoted?
Free publicity is worth a fortune.Lol

I guess it comes down to your own governance and interpretation on the multitude of rules and guidance thats outhere.

I am aware of NTs stance on drones so I personally tend to stay well away.

Only if the property is occupied. Separation distances are to people, not structures.

There needs to be clarification on the rights and wrongs on this. Taking photos of somebody in their garden or through their windows is clearly breaking the “rights of privacy rules” which apply equally to anybody with either a drone based camera or a land based camera with a telephoto lens. Flying in a dangerous manner is clearly also an offence under the CAA rules as is flying close to people without their permission.
The NT has the right to prohibit what is carried out ON its land e.g. it can allow or disallow biking, horse riding or four wheel drive vehicles etc. It can also ban taking photos! However, my understanding from CAP 722 is that land owners including councils or the NT cannot stop flights over their land provided these flights comply with the appropriate CAA rules and limitations. Thus one would suppose that as long as the flight is operatedcompletely from outside the NTs land - they are legal provided the flights are conducted safely and within the rules.
It is clearly in all of our interests to not make repeated multiple flights close to NT buildings which could be seen as a nuisance. If drone pilots are seen as nothing more than a nuisance - the CAA might change the rules and prohibit such flights in the future. However at the moment provided the flight is made safely within the CAA rules and does not cause a serious nuisance - it would appear to be legal. I would welcome some legal comments on this!

t would appear to be legal. I would welcome some legal comments on this!

I think its a topic that will run and run until one day there is a test case, Right now its very unlikely that prosecutuions will come. A test case may well go our way, but as you have illuded it may not, especially if the NT gather evidence as to why “drone pilots are seen as nothing more than a nuisance”.

Without a test case then we really will never know. We are in the teratory of what is “reasonably practicable”, its only the person at the front of the court room that will decide, and of course that desision will help influence the opinons going forward.

The thing is there’s an argument this is not an invasion of privacy or a nuisance when it’s a one off. But with the mass market appeal of drones, attractive “targets” like this will end up with someone doing this multiple times a day and it’s at that point where it begins to be an issue for the the property owners as well as other drone users.

I must admit to having been tempted by an NT property near me. Unfortunately I couldn’t maintain VLOS and get sufficiently close to the house to make it worthwhile. If I had been able to, I would have strived to maintain at least 50m from the actual buildings. (This was with the 2 Pro). I managed to get some nice footage over a local reservoir close to the house though.

I think that its the blanket refusal of the NT that gets peoples goat. There are many ways that they could enable flights without endangering their property or people visiting them. The particular house that I would have liked to film is surrounded by acres of open land much of which is beautiful and normally does not have many people in it. Sure they might get some people complaining but there are always people who will complain about anything and everything.

I wouldn’t condemn anyone who did manage to do what I didn’t have the swingers to do either, at least unless they were deliberately trying to provoke, or endanger somebody or something. I think the intentions here were good and its hard to judge from the film the stopped distances from the buildings.

I agree, which is why they should address it reasonably now, at least they can then police it to a degree.