Torpoint Yacht Harbour - Added to Everything Else in South West 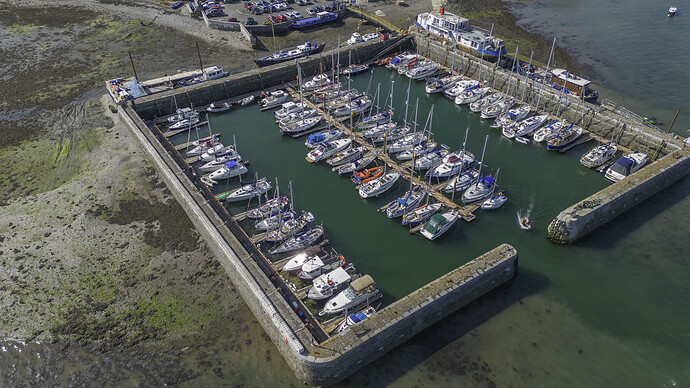 Park on Marine Drive. Plenty of places to TOAL by the river. Just be careful as it is right on the edge of the Devonport restricted zone… if you stay this side of the harbour you will be outside the zone. Lovely river scene, very tidal.

The originator declared that this location was not inside a Flight Restriction Zone at the time of being flown on 06/08/2022. It remains the responsibility of any pilot to check for any changes before flying at the same location.

You can still fly into the zone, you just need to unlock at the time of flight that you understand the risks - no advance notice required.

This is just a DJI zone and not one placed by Devonport.

If you do not have a DJI drone you will not be notified.

As long as you do not overfly Devonport you are fine. Although I would probably stay a bit away as well.

@DroneGeek nice photo … lovely bit of the country down there …

The photo was by @Snaxmuppet Paul.

OH! I didn’t know that. Thanks.

Just so I know in future… how can I tell that it is a DJI zone that can be unlocked? There isn’t anything on Drone Scene that mentions that.

Yes I can unlock but aren’t I meant to have got authorisation to fly in a red restricted zone?

(or try a few searches, it’ll have been covered to death by now already)

Yes I can unlock but aren’t I meant to have got authorisation to fly in a red restricted zone?

it is orange, not red

You are looking at the wrong area… 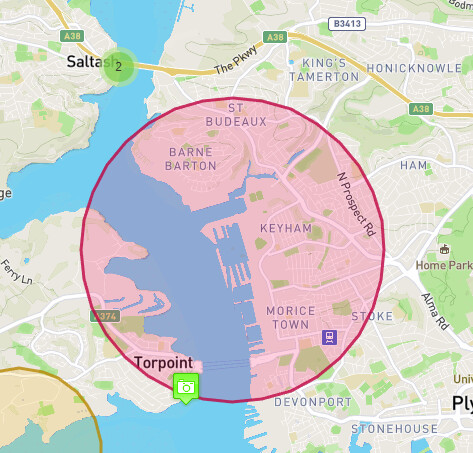 It is orange on dronescene

No it isn’t! You must be looking at the wrong area. My screen clip is from Drone Scene and you can see it is red. There is an orange or yellow area to the southwest but that isn’t the area I mention.

If you click on it then it says it is a Restricted Area.

All depends on the layers selected 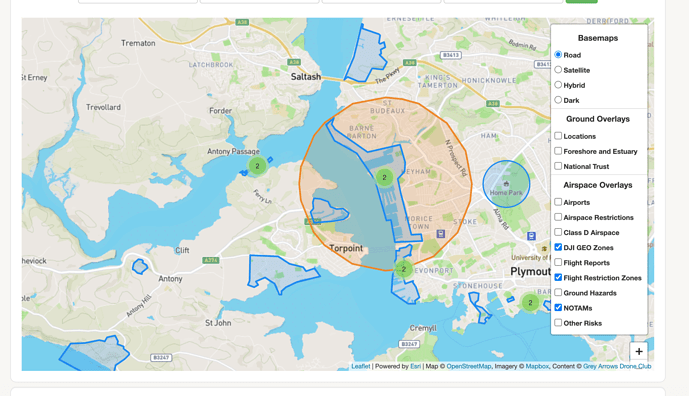 As Chris as rightly pointed out above, there is both a airspace restriction and a DJI Geo Zone over the area in question. Selecting different layers in Drone Scene will show a red circle, orange circle, mix of the two, or nothing at all. 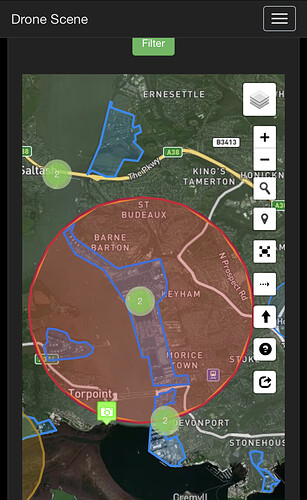 The airspace restriction up to 2000ft is due to the fact that Devonport is a nuclear submarine base. You’ll see something similar at Faslane for the same reason. This is definitely not a random DJI Geo Zone which you can unlock and fly about in at will…

Fair enough if I am wrong

It was showing up on the DJI site as something that was quite possible to self unlock as I checked.

As you were then.