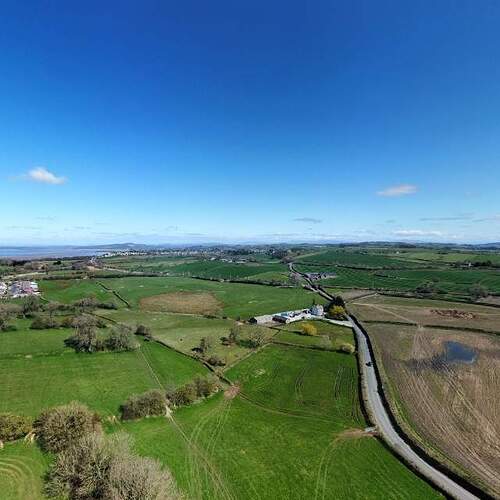 This location has been recommended to fly your drone in the Iconic Landscapes and Ancient Sites category in the North West region.

The style to get over and onto the barrow is at ///lime.text.admiral
You can sometimes park there but it's better (for the residents) if you park along Slyne Road, somewhere along the stretch at ///tend.zones.rabble and walk up the hill to the style.
At the top of the barrow is a triangulation point and at this time of the year (Easter) it's the focus of local churches who put up a cross on the top.
Various well-worn footpaths including one straight from the style to the stone.
Fantastic views on a lovely day of Morecambe bay & the Lakes
The 360 photo was taken back from the triangulation stone which you can just about see with a white cross against it.
The dual carriageway is the Bay Gateway and you can just see it go over a bridge which is the West Coast main line. Nearby is Carnforth, home to West Coast Railways and steam trains are not uncommon.
<250gm can fly anywhere on the barrow, those >250gm need to walk a little further onto the barrow to get away from the houses.

The originator declared that this location was not inside a Flight Restriction Zone at the time of being flown on 02/04/2021. It remains the responsibility of any pilot to check for any changes before flying at the same location.

This adds the Bird’s Eye Viewer Badge to your profile.

Hadn’t noticed that! Must go back for a photo. 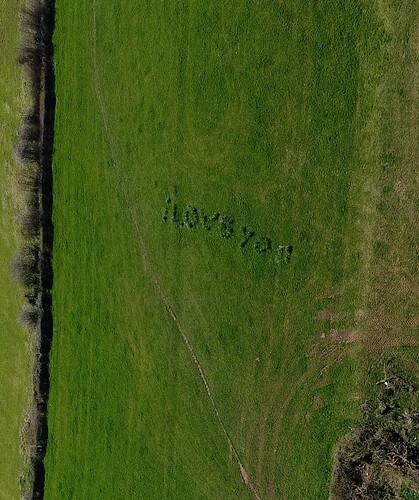