Will there be any room left in the sky for us? 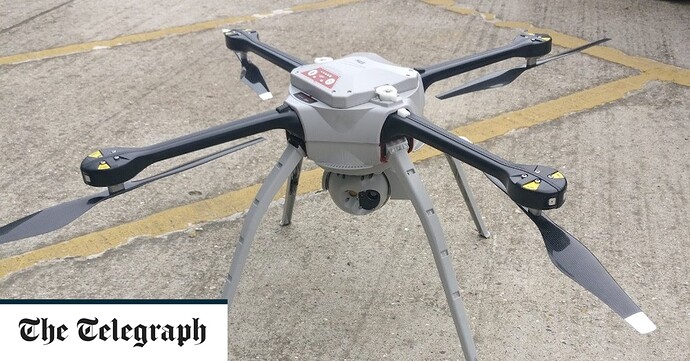 Speeding and dangerous drivers are to be targeted by Britain’s first traffic drone which was previously used on the battlefield and against terrorists.

50 minutes flight time, 4.5kg, up to 50kph… It’s also 8 years old in design. £80k seems a bit excessive… You guys reckon the gen public will see this as positive or negative? If deployed to track criminals I would have hoped most sensible humans in a civilised society would appreciate the eyes in the sky? Safer than a bunch of power crazy po-po’s thrashing around in suped up BMWs?

Don’t you just love the media!

The Aeryon Skyranger drone which can carry night vision cameras as well as zoom lenses was developed for tactical surveillance by the military, has been deployed in war zones across the middle east and is now used by 20 armed forces around the world.

It’s also been used by a number of police forces in the UK for more than 5 years, but that wouldn’t have made a good story would it?!

Now that’s one drone I wouldn’t mind seeing fall from the sky.

They can’t afford to put police on the streets to deal with real crime but they’ve got money for this, pathetic