Does anyone else use UAV Forecast? I’m being greeted by the below this morning and wondered whether it’s just me or whether there’s a wider issue…

Working for me. Tho I tend to find looking out of the window a better source of information

Not working for me either- I was just about to post the same !!

There is an app update

Probably should have checked that first, but have got so used to my phone doing it automatically that I didn’t even think to look…

I did the same thing lol

Bit like most things these days- as soon as there’s an update, it just stops working!

Google Play has a new version:

Could uninstall/re-install? That might force an update before it happens automatically? 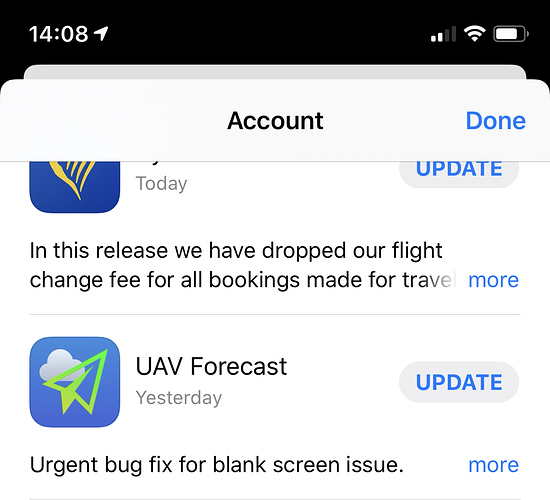 Thanks man, I did update it manually when I saw the post and all working fine.

Just me feeling old and having a rant! Fondly remember the days when you’d buy something and it worked. End of. Technology moving so fast these days, shelf life is hardly more than a couple of years, and “updates” seem to cause as many problems as they fix! Going back in my hole now

We have same issues on trains. They are so full of technology and computers they often have to stop, shut down and reboot to clear any error messages. Can you imagine cars on the motorways having to do that? It’d be carnage.
Reminds me of the joke about the new driver having just collected his new car, breaking down, ringing the AA and he tells them he’s opened and closed the windows but it still won’t go, and a little orange light is still flashing.
They ask him if he’s run out of petrol.
Petrol? Nobody said anything about petrol!!! He replied

Can you imagine cars on the motorways having to do that? It’d be carnage.

I think it might be a slightly bigger issue if planes had to do that.

Keep safe, keep your distance, look out for others.
The saving grace with planes is they have professionals at the controls. Cars have the great general dim witted public. Otherwise we’d have flying cars by now. Lol 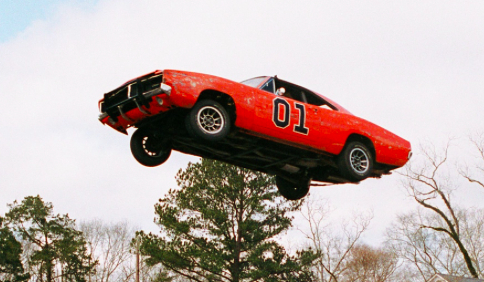 Know of at least one Brian…

Not to mention Chitty-Chitty-Bang-Bang!

Not to mention Chitty-Chitty-Bang-Bang!