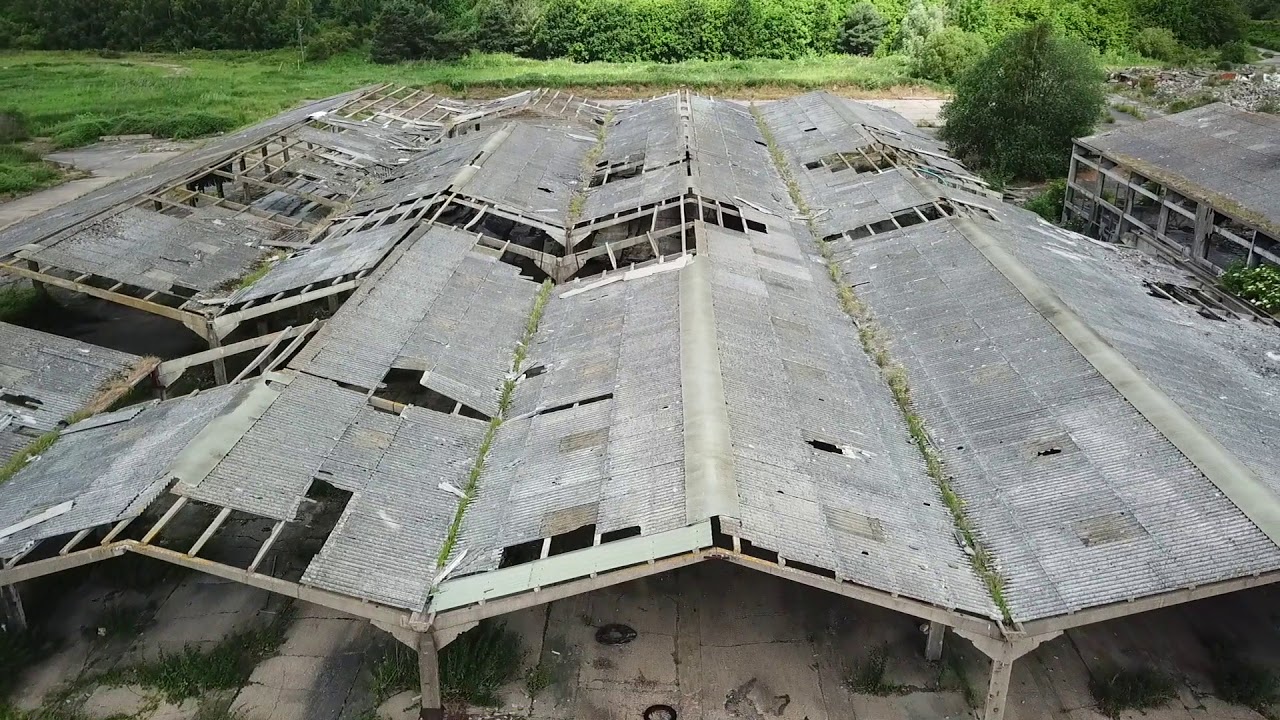 As always I wish I had more time and talent to edit all the video I shoot, but 2 teenage daughters, a shift job and a Cocker Spaniel means thats still a long way off.

Site of the old Middlebrook mushroom farm/factory in Selby

I used my drone here last year to help locate a suspected murder victim, it was thought he’d been murdered and dumped in a shallow grave around the vicinity of the factory, so we were looking for disturbed earth it turned out he actually hung himself in the factory.

Is’nt it funny how they have left the Asbestos roofing sheets on, I wonder why?.
Would’nt want the job of disposing of that lot !!!.
It looks like something from Armageddon !.

It’s in a lovely part of the outskirts of Selby, hidden in a dip surrounded by trees, right next to the golf club. Hardly anyone would know it’s there…except for the fly tippers who regularly dump rubbish there.

except for the fly tippers who regularly dump rubbish there 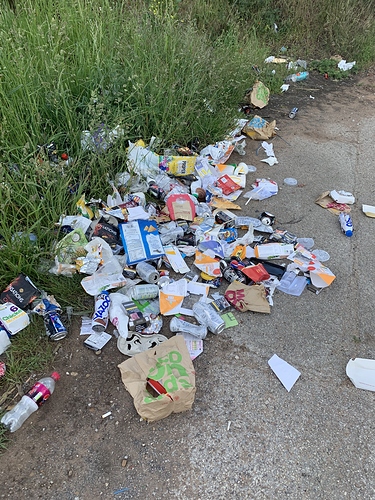 enforcement officers after finding personal details amongst this lot

Fine the bastards ! , A LOT !, they will think twice about it again.

Chernobyl was my inspiration

Great video and it does have a spooky theme to it.

except for the fly tippers who regularly dump rubbish there

Funny, only today, caught (what looked like couple of “Irish Gipsies”) dumping a load of old car tyres in a gap in a field not far from me.
Took note of the Number Plate of their Van.
Flagged down a Cop car coming towards me on my walk back home down the road.
Gave the policeman the Van registration, and left it with him, suggested that he drove to the end of the lane where I saw them (road was a dead end)
I would say he nabbed the scruffy cunts !.

I’m surprised you got away with calling them ‘Irish Gypsies’. In the daft PC country we live in, when ANY derogatory phrase or words can get you censured, disciplined or even banned without ANY recourse of appeal or appeal process, because there’s a danger of upsetting someone’s sensibilities.

And that is the very reason why political correctness has been labelled as being worse than communism or fascism.

How else would you refer to scruffy looking idiots who spoke, (as I approached them) saying, “Look out Patrick, there’s someone coming” (with an very obvious irish accent) and drove a very rusty old Ford Transit.
I didn’t do it with political correctness in mind, just to catch the bastards who scum up our earth !.
Besides, we are the people who end up paying to clear their rubbish up !.
Apart from the fact that I gave the description to the PC as “A couple of men in a Van”, and told him I wanted nothing to do with filing a report, I never even gave him my name.

I thought you described them very accurately. I got into trouble for calling them Gypsies…
What should I call them, Pikies? Was my reply.
‘Oh no, you can’t call them that either’
Apparently calling someone an Irish Gypsy is racist, they have to be called ‘Travelling people’ or ‘travellers’.
Never mind that the scum don’t pay tax or NI and will steal anything that’s not nailed down, and probably the nails as well.

And you are correct, they make a mess wherever they go.
But heaven forbid that we refer to them as Irish Gypsies, the full weight of the law would be down upon us law abiding, tax paying, registered citizens.

Sooo… getting back on topic…

Yes it is strange, but that’s how pub conversations are started…that’s what’s so great about the guys and gals on this forum

Quite good actually. it conveys quite well the spookiness of the place!
Well done!

Little update on the fly tipper.

Enforcement officers visited the young lady who left personal details at the site, she denied dumping it but was in a car with a lad who emptied his car of all his shit.

Been from a different ‘code’ to me, she grassed him up and he has admitted the offence of ‘littering’ and is going to be issued with a fixed penalty notice for it (touch wood) find out more tomorrow when he has attended the council offices as he has promised.

So the boy litterer pleaded guilty and accepted the fixed notice penalty. £50 lesson on not to dump your shit from the car (or at least check you haven’t left personal details with said shit)