Hi does anyone know if it’s possible to power an accessory on the drone from the usb-c on the drone itself like you can from the Tello using an otg cable.

And is it a USB-C port on the Air? Or a Micro-USB port?

I wonder if a modded Strobon LED would stay put if you just plugged it in, rather than sticking it on?

I very much doubt there’s any power connection to the Micro-USB. Normally a Micro-USB is used for power IN / charging.
Connecting to a computer you can’t even access the memory without powering up from the drone battery, so I can’t see a reason for them adding power wiring to that port.

Hi all yeh my idea is lights but I’ve seen the tello usb wifi booster powered from the tello itself so maybe a range boost. I’ll do some testing.

ok test number one the drone body will power usb devices using usbc to usb adaptor. when im back at work monday i will test thee voltages and current to confirm. so with a usb c 90 degree adaptor you could use usb light strips. or power a drop mechanism.

Well! Well! I got that one wrong.

Just tried the Micro-USB on my M1P … it charges my phone!

In the past I’ve tried the opposite way … accessing the MP’s Micro-SD-Card direct from my phone (using the appropriate USB-C OTG on the phone) and, whilst the phone (Android) shows the “Preparing USB Device” message, it’s never actually mounts the card.
I need to investigate this one more …. quickest way to get large files off the MP to the phone when in the field. (Saves taking the micro-SD-Card out and losing it in the undergrowth.)

using my phone i was able to view the files directly using usb c to usb c cable. thinking of maybe trying a auto usb backup device something like this Ex-Pro® Picture 2 Drive

Playing about, I think my USB-C OTG adapter may be faulty. Ordering a new one.

Another idea for the use of the USB would be a plugin ADS-B transponder to comply with new rules comming in. I cant imagin DJI making something like this as they coud just sell more drones and blame it on the gov and regs. but imagine if you can get in to a better class of drone by putting something like this on. waiting on the usb-c power tester before I can confirm what It will power. and how it will affect the battery and flight time.

I know the mod on the tello using usb for the on drone wifi booster reduces the flight time by about 2 mins. but the Air is much more powerful so 5v and 2 amps on normal usb should not have that much effect.

Anyway if anyone wants to help test let me know how you get on.

This remains a puzzle to me …. the remote access of the MP’s SDCard via Android OTG, that is.

“Sometimes” my phone (either of them) flashes up “Preparing USB Device” as I connect the MP … but neither ever show an external USB device in the file manager (Solid File Explorer, or either phone’s default file browser), nor does that usual USB notification appear to select the mode of USB connection.

HOWEVER … at some point one of the phones must have connected to some extent since an “Android” folder (with some app folders in it) had been added to the card’s directory.

But - no successful connection from either phone to the MP’s SD card.

Baffling … especially since it’s kind of trying to connect.

And even more baffling when, with the RC and a phone connected (in the normal sense), the MP is blatantly aware that there’s a USB connection active! 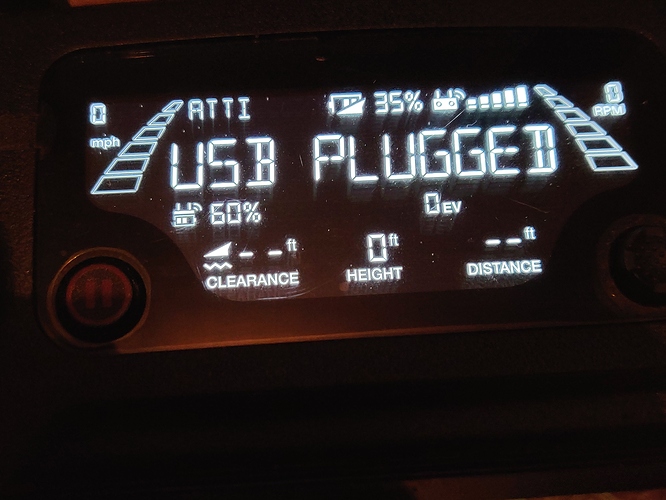 is it the wileyfox phone you are using. have you tried another. as I think the cyanogen 12.1 has an issue with OTG. I dont have a mavic pro I can test with unfortunately. I have a Samsung S10+ and a Sony Experia 10.

Both my OP6 and the (non Cyanogen) WF Storm.

Neither have issues with other OTG items … card readers, etc.

The fact that one of them (probably the OP6 on Android 9) manage to create an Android folder shows that it is accessing the SDCard.

Thats very strange I know USB-c works a bit differently but it should still work as a portable hard drive for the micro SD. does it work connecting directly connecting drone body to the PC.

Yup. Connecting to the computer is no issue.

I wonder if my MP has some weird, out-dated, USB protocols? It’s a two year old firmware (that’s staying as is!