Why people do hate drones?

I was looking for RC Clubs in the Berkshire to share a place where I can fly my drones, and I saw this: 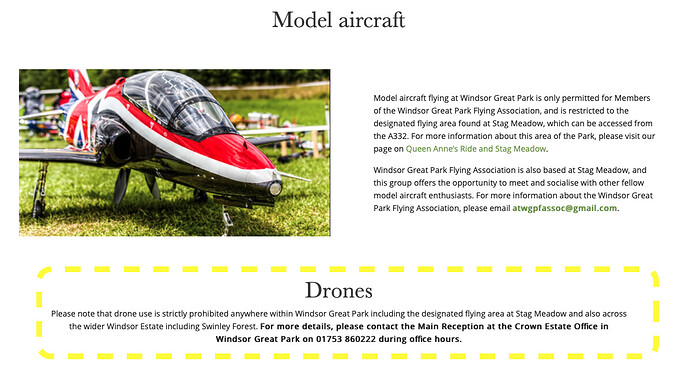 It looks like established clubs are not happy to have new drones users, but at the same time there are not enough drone clubs.

I can panic and take my hands off and my ‘baby’ hovers…try that with a winged aircraft?

Not all drones do that though, DJI has softened us into a (sometimes) false sense of security

I’ve noticed a distinct opposition in R/C clubs to drones. Some just tolerate them others ban them. I’ve left my club over this attitude, I wonder if you’re only respected if you spend six months building a plane then smash it to bits in 20 seconds.

Ok, maybe I was being a little flippant BUT would you rather be hit by a RC aircraft with a 9.5cc engine running at full belt or a cheap Chinese drone?

I just can’t believe a drone is more dangerous than a Remote Control Plane.

As a guess there are two reasons why they do this:

I think I’d rather fly (and be hit by) a drone! Maybe it has something to do with being able to take photos/videos from a drone? I know it’s possible from a r/c winged aircraft but not sure how many do it. Just thinking out loud…

Being equally enthusiastic about both multirotors and fixed wing I can see both sides of the argument.

I joined the club I’m a current member of as a multirotor flyer but I learned to fly fixed wing and passed the required proficiency assessments so I could fly solo. At the time I was the only multirotor flyer in the club.

One obstacle is that it isn’t really practical to have drones and fixed wings in the same flying area at the same time, especially if the drone flyer has no experience of fixed wing flying. Fixed wings are far more agile and faster than your usual camera carrying drone, so when you have up to four fixed wings whizzing around the drone is likely to become a fly on the windshield. The fixed wing flyer will be looking at his aircraft, he’ll also be aware of the other aircraft in his peripheral vision and by the noise. A Mavic sized drone will be near invisible to him and by the time he sees it it could be too late. For this reason it will be difficult to accommodate someone who just flys drones when the club is exclusively fixed wing as when the drone is in the air no one else can fly.

Since joining the club some of the membership have got into racing/freestyle quads. So when there’s some quiet time on the flight-line, usually during a tea and biscuit brake, we’ll have a thrash around. A couple of us will fly our quads even when there’s a couple of fixed wings doing circuits but that’s because the FW pilots know how we fly and are comfortable. I very rarely take a camera drone to my flying club. When I do it’s because I know it will be quiet or I’ve been asked to film someone’s plane. It’s the same with RC Heli’s. A few of us do fly them but then again we’ve had our competence assessed and we only fly when there’s nothing else in the air.

As a club we have nothing against drones but it is difficult at best to accommodate someone who only flys a drone. On a busy day we can have thirty or more fixed wing flyers and it just wouldn’t be reasonable to close the strip so one person can tootle around trying to get some video.

It all sounds harsh but it’s practical. When we crash a fixed wing we laugh, shrug it off, and fix it. We accept this. How many DJI/Yuneec/Parrot, etc, owners would find it acceptable if their expensive drone was completely desiccated by 1/4 scale warbird?

Thanks @Nidge really good to hear the other side of the coin. I fully understand why you wouldn’t want them all in the same airspace.

I remember tipping up at a camera club to give a talk on digital in about 1998, they wanted to burn me at the stake

I remember tipping up at a camera club to give a talk on digital in about 1998, they wanted to burn me at the stake

Made me laugh that did - I had a similar experience back in March when I did a talk on “Mobile phone photography” - I was just waiting for the tomatoes to start flying lol. Seems like phone photography had caused the Nikon/Cannon brigades to join forces for the very first time.

I do fly freestyle and long range.
I don’t think it’s a problem of coexistence but just will and plan: there’s a plenty of air, space and hours during the day to make everybody happy.

Look at this club: 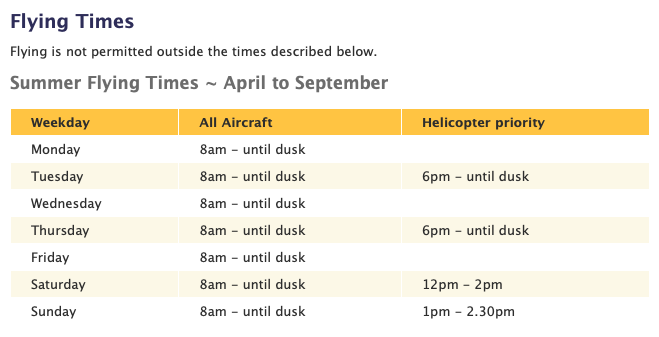 Helicopters are fine, drones are not.
I’m only asking for a field where I can legally fly in.

There’s nothing stopping anyone setting up a model drone club and approaching their council or a private landowner to agree a space for club use. You’ll just need to put up with all the tedium that comes with that, and decide whether flying in the same place all the time is worth the hassle - that’s obviously much more appealing for FPV racing than aerial photography types.

There are a few drone clubs shown on the FPV(UK) map, and some of then may even still exist:

Use our drone club finder to search for your local racing FPV teams and recreational drone flyers to connect and join in with.

You’ll just need to put up with all the tedium that comes with that, and decide whether flying in the same place all the time is worth the hassle

It really can be a lengthy process.

My club had to move location in the mid 2000’s. First we had to find a suitable site and one which was in our price range. We then had to apply for planning permission for the site and abide by local laws concerning land usage and noise. We were allowed to fly gassers but these were limited to fourstroke as twostroke was deemned too noisy. Once planning permission was granted the donkey work could begin. This involved locating the club building, laying a hard standing for cars and trucks, creating two runways of at least 80m length. There was also a lot of drainage that needed installing. All this took quite a few years to complete and a fair chunk of the members own money to do.

I can only speak for my own club but I’m sure most traditional RC Flying Clubs will have the same requirement but to be able to fly without any supervision you need to have passed the BMFA A certificate, this is for fixed wing and rotor’d models. All our members have to hold BMFA membership, this is for insurance purposes.

The BMFA A test for multirotors comprises some simple tasks: Be able to hold a hover, perform controlled maneuvers tail in and nose in, fly lazy eight circuits. Stabilisation is allowed but the use of GPS and auto-level are not. Essentially it’s flying ACRO mode LOS. It’s very similar to the BMFA test for helicopters. The issue is that I don’t believe there are any off-the-shelf camera drones that can be flown in true ACRO mode and so cannot be used for the test.

Some have said that these traditional RC flying clubs are snobs or elitists This is not my experience. It’s about safety. The above test is for the multirotor user can control his model safely and competently with minimal influence from the flight controller.

So is it really worth the time and effort of your average camera drone user to do this assessment just to fly a Mavic around the same field day after day. It’s a bit like wanting to join a Rugby Club because you want to play Cricket.

That’s something I’d like to do. Since I moved to England just 4 years ago, I don’t know the law so well and I have no connections, it’s probably better to be part of something rather than be the person in charge of everything.

Without knowing where you come from, in most Europe, I think the rules are pretty much similar. Some countries might have more stricter rules, but I think they all agree on the same principals. Avoid danger in any shape or form.

For what its worth, my 2 penneth is that around here there are a good few RC Clubs who populate quite a bit of land. There are often many people flying and spectating and I have seen a fair old number of aircraft going through their paces - all very interesting to watch. However, these flat, featureless open spaces are exactly where I DONT want to fly my quad, so I have never asked as I reckon quad flying is distinctly different from aircraft flying - we usually/often do it to photograph interesting, hidden places where we can hover for as long as we want - so my question is why bother encroaching into a different kind of flyers territory ? Personally I don’t see the point other than for social reasons or just out of interest for another persons hobby. I can fly where they can’t or won’t want to fly and they can do their aerobatics in them wide open spaces - separation seems to suit everyone by my reckoning anyway.

What a shame. I started my own Camera Club for a similar reason. I always say that the best camera you have is the one you have with you. including your Phone. Things are changing slowly - just too slowly!

Just a thought here - as long as you have permission from the owner of the land where you take off & land, there’s no right or ownership of airspace above any land in the UK, so not sure what they can do unless there is any specific dispensation such as FRZ’s & as long as you keep your separation distances to comply with privacy laws & fly responsibly.

That’s why I can’t understand the ‘security’ (because it has a camera) reason excuse for places to ban drones. I can take a photo anytime, anywhere with my phone and no one will bat an eyelid. I can take a photo of someone from a distance with a telephoto lens on my DSLR (Nikon!) and they won’t even know it, but as soon as people see a drone they become paranoid about the possibility of having their photo taken.