Had fun filming this, but the wind was so strong it made things quite difficult as sport mode was required almost all of the time otherwise the Mavic Pro would simply be blown away as it couldn’t hold its position.

There was also one very close moment which I am sure you will spot where I nearly lost the Mavic Pro! 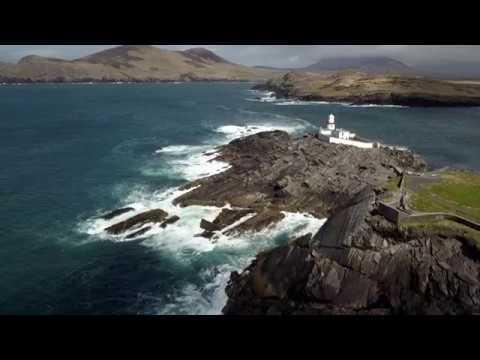 Guessing the drone got wet at 2:30

I’m dual-citizenship, I’ve got an Irish passport (mum and dad are both Irish) so perhaps slightly biased, but yet another great video @Jcborden

Yes, Fungi the Dingle Bay Dolphin, wasn’t easy to capture as he only appeared a few times in different places in a very large bay. Apparently he has been a frequent visitor to the bay for the past 32 years!

Yep, 2:30 was the buttock clenching moment lol, a little closer than I had planned, but all turned out good in the end.

Was extremely impressed with the Mavic’s ability to handle very strong winds. Straight after launch it was switch to sport mode so it didn’t get blown away, but that made smooth turns much more difficult.

Was a beautiful place, but access to the coastline, in fact access to anywhere was severely limited with very few foot paths and almost every patch of land owned by someone and fenced off, locked gates, barbed wire etc.

That is one sweet video indeed!! I really loved the dolphin and the wave splash had me worried!! I really really liked that it ended with that cloud covering the sun at the end - very nice editing.

Thanks! Was very lucky with the clouds covering the sun at the end and also with the dolphin.