We have just completed 3D modelling of two London buildings. Used Mini 3 and Mini 2.
Not sure how to add pics so anyone out there can advise?

What format are the pictures in ?

Or any embed code ?

Can try uploading to sketchfab and using an embed code

Doesn’t put a viewer in without iframe support though

Looking at this. Give us a while.

Should be working now.

I turned on the fixed size and turned off the caption … both of which make it appear better (IMO). 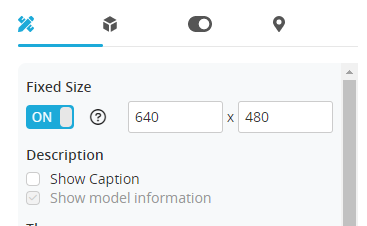 Oh - and it looks rather cool, too!

That was quick! Cheers, just threw in an example for you to look at

really exciting for me that this works now as I tend to go fly just to 3D scan stuff for fun.

What software are you using for capture and processing?

Unfortunately I only have the Mini 3 so have to fly the patterns manually, before having the drone I’d done plenty of SfM with an SLR anyway, and it’s not hard to fly a straight line. I’ll move to DroneLink when(if) API support arrives

At the moment I’m using WebODM which is FOSS, easy to install on Linux but a bit more of a faf on windows (although I also paid for the installer (OTP) as it makes life easier, and it’s 100% worth it to me as it will do orthophotos and DTM’s as well)

I’ve also had good results with MeshRoom, and of course for the big dollars there’s Agisoft Photoscan

Having said that, with automation of the 48MP stills (at the moment interval on the DJI app is only 12MP which is a shame) and perhaps a couple of the extended batteries this thing will be an urban photogrammetry monster

so have to fly the patterns manually

What kind of pattern is needed for this. I quite fancy trying with my old M1P.

Fly a grid with 60-80% overlap in the photos, camera can point straight down, but research has shown that being at 85 degrees removes a lot of the bowing effect you get in larger models. Here’s what the flight pattern looks like although it’s a bit overkill in the along track the end results are really nice: 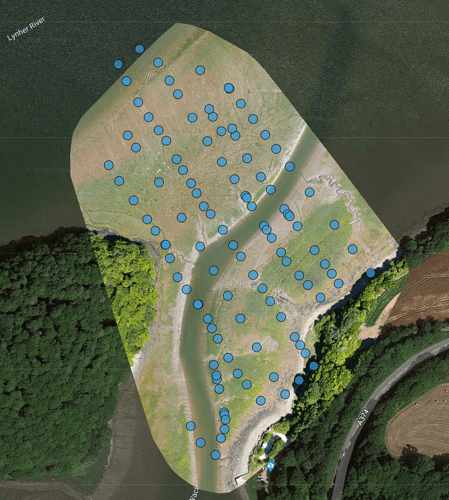 For 3D models, the same principle applies, think about covering the whole structure with a good amount of overlap, here’s the photo structure for the original model: 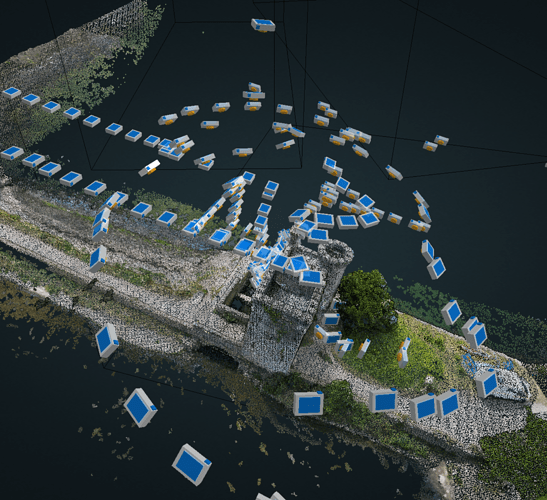 You can see that actually once orbit covers most of it since you’re looking ‘inwards’ there’s a lot of overlap in the photos, then a couple of straight overflights, and a bunch of photos in the nooks and crannies (although a lot of those are because it was on 2 second intervals, and I was flying slowly as it’s a tight space).

Processing takes a long time, and doesn’t increase linearly, so it’s worth optimizing your flights. Geotagging the images is pretty much essential (Mesh Room won’t use GPS points sadly) as you can specify how many neighbours to try and match each image with in WebODM based on the GPS data instead of doing a pairwise comparison of all the images (e.g 100 images matched to 15 neighbours [which is still quite a lot] is less than 1500 matches, where pairwise that’s over 4000 comparisons to make)

Always happy to help talk people through the process, or answer questions! I’m much more familiar with mapping/geospatial than with drones xD

Thanks for the info.

Have you ever used Litchi for the capture? Certainly the Ortho one would be easily possible. I also reckon that 3D one could easily done (ok - with a little tinkering) using Litchi.

No sorry, but there’s no reason it won’t work as there’s nothing ‘special’ needed in the images.

You might be able to use PIX4Dcapture to help you work out what you need in terms of line & image spacings to program it in to Litchi. I’ve also thought of using the hyperlapse feature to somewhat automate it, and the POI to help with the orbits.

With the Mini 3 I’m stuck with full manual till DJI release the SDK and third party developers can interface with it.

It is Grey Arrows that I am having a problem with. How do I download photos onto the website? There is no “add photo” command.

There is no “add photo” command. 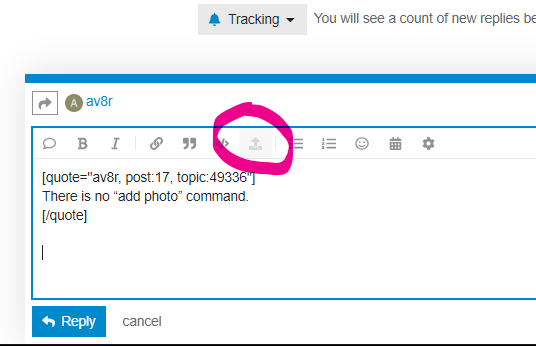 There is no “add photo” command.

But - if you want to add 3D models (one assumes from the title of the thread you created) … see some of the other posts about using sketchfab.com ?