When planning a flight one of the things i look at is map showing public rights of way, footpaths etc to search for a suitable TOAL location.

Is there any possibility of this being added as a layer to the Drone Scene map too?

The underlying map used is OpenStreetMap … which has most foot paths mapped in yellow.

Near me, for instance … 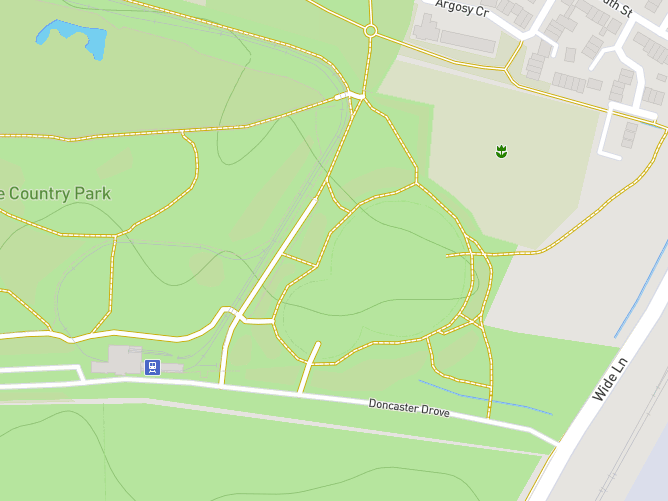 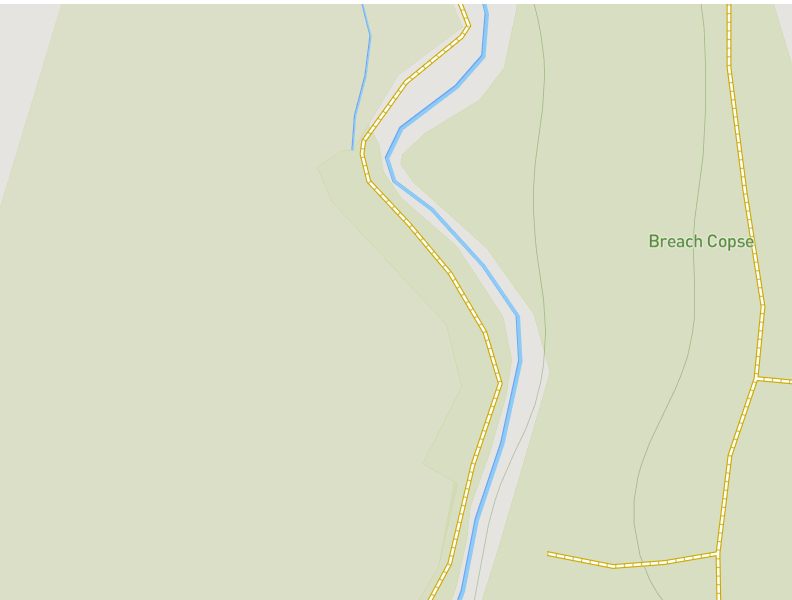 BTW… as the map used on Drone Scene is OSM… some of you may not know but it is truly “open” in that anyone can edit the map and add new stuff or correct stull that is in error? It takes a while to get to know how it all works and to install and learn the software but it is great fun and anything you add to the map becomes available to the world almost immediately.

If you are interested then take a look at the OSM Wiki… this is the OSM bible!

I have been an OSM editor for over 10 years now and even been to one of their global annual conferences. There are a lot of very clever and dedicated people driving OSM… it is very addictive.

But - it is my understanding that many of the footpaths or suchlike in OSM are not actually public right of ways.

Public rights of way including footpaths and byways are defined by local authorities in their “definitive map” and it’s managed by each of them individually. I don’t believe there’s a centrally collated map that manages PROWs in real time as a map layer.

100% correct. Currently the only way to find the definite information is to contact you local council and arrange time to go and inspect their maps (they actually have a separate set of maps for public rights of way).

The second best method is to use Ordnance Survey’s maps which are relatively accurate and 3rd best way is to use TrailWise (https://www.trailwise2.co.uk) (available only to GLASS members) which is accurate where a trail is marked by the users and generally up to date.

Public footpaths etc are more than likely owned by someone. As it’s on their land.
I suppose Rich may be able to add them, but it doesn’t automatically give you the right to toal.

Public footpaths etc are more than likely owned by someone. As it’s on their land.
I suppose Rich may be able to add them, but it doesn’t automatically give you the right to toal.

There’s nothing in law to say so, and there are lawyers who have weighed in on the matter who disagree and are of the view that PROWs are fair game to take off from. Most PROWs are created without landowner cooperation as they’re the result of public use “as of right” becoming formalised through an ancient common law mechanism (now also through a statutory mechanism but the common law mechanism still exists). A landowner loses many if not most of their rights over the land on the creation of a PROW even though it’s still owned by them in deed.

The matter of interest in law is more that you don’t cause an obstruction, which the local highways authority (ie. the council) can come down on you for if it’s proved you did so.

Really needs to get into the 21st century though. Natural England should be pulling LA’s definitive maps automatically and making them available through an API.

I did come across the definitive maps which as already said are managed by each local authority. It’s a great source of reference but a pain in the backside if you’re not 100% sure which authority or you just want to search a particular area which may span more than 1 LA.

While searching for definitive maps I found http://www.rowmaps.com/ which appears to aggregate and provide access to all local authority definitive maps so thought it possible and potentially worthwhile. The guy also makes available the same data for all authorities in different formats which may be of use.

To be honest i never even thought a public right of way might not give the right to TOAL - i guess that’s a separate can of worms!

Hmm I’m quite new and haven’t come across this issue before. I’ve been taking off from the roof of the car or my rucksack laid on the ground, even in Greece this worked well.

Do you really have landowners complaining about takeoffs into public space (the sky) when they have ramblers wandering everywhere and dogs chasing their sheep?

I’m a parish councillor and it’s not come up yet.

Well, there was a post here recently showing a notice from a parish council banning all drone flying… so yes, it does happen.

Well, there was a post here recently showing a notice from a parish council banning all drone flying… so yes, it does happen.

Do they have a byelaw saying so?

Im not bothered about taking off by hand/from rucksack/floor/car roof - i just want to try and make sure i’m not on private property or if i am there is a right of way so as to minimise the likelihood of a complaint.

For me the scenario is i want cross a field to get closer where i want to fly as i cant reach the location from any obvious public space. The field has a track i can access. The said track is shown on Google maps/OSM. I wanted to check that the track is a right of way before i get an irate farmer telling me i’m trespassing, let alone trespassing and spying on his heffers.

In this instance above i checked the local authority definitive map (and it wasnt a public right of way so i gave it up) but if not familiar with the area or when bordering 2 areas it would be easier to have a single map showing rights of way across all authorities.

Of course the mini 3 has a huge range so sitting comfortably somewhere in the shade while my head flies around the countryside is my favourite.

I wanted to check that the track is a right of way before i get an irate farmer telling me i’m trespassing, let alone trespassing and spying on his heffers.

Do people walk dogs across that track ?