Arbury Hill - Added to Everything Else in East Midlands 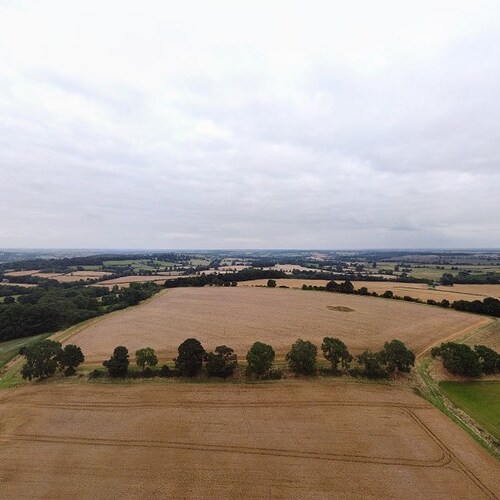 This location has been recommended to fly your drone in the Everything Else category in the East Midlands region.

The summit of Arbury Hill was one in a series of points used for triangulation in 1784 to determine the exact diameter and magnitude of the Earth, in a sequence of measurements undertaken by the British Government. There is a Triangulation station on the summit. Arbury Hill, at 225 m (738 ft), is the joint highest point in the English county of Northamptonshire. It is 9 km (5.6 mi) southwest of the town of Daventry. The slopes of Arbury Hill are a drainage divide between three major river catchment areas, with the Nene to the north, east and south, the Cherwell (a tributary of the Thames) to the south-west and the Leam (a tributary of the Severn) to the west and north-west. There are fine views with Rugby and Coventry visible to the northwest and Nor...

The originator declared that this location was not inside a Flight Restriction Zone at the time of being flown on 27/08/2021. It remains the responsibility of any pilot to check for any changes before flying at the same location.