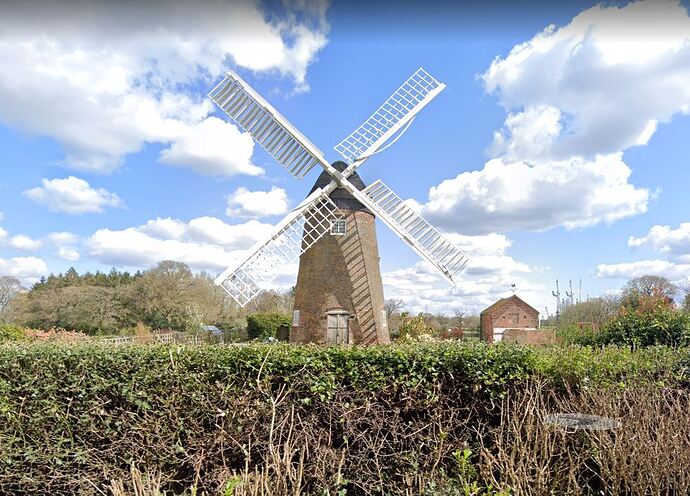 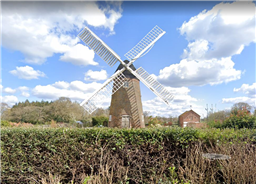 This location has been recommended to fly your drone in the Historic Buildings category in the West Midlands region.

I believe this is privately owned and may be used residentially so I was discreet and brief during my flight.
My TOAL was at 52.380679, -1.628953 when road was clear.
This location is not shown in DroneScene as being in FRZ, however FLY app has it in DJI GEO zones and did warn of proximity to Birmingham airport

The originator declared that this location was not inside a Flight Restriction Zone at the time of being flown on 17/01/2022. It remains the responsibility of any pilot to check for any changes before flying at the same location.

…and Coventry Airport is even nearer…

@scraperman DJI drones will limit your height to 150m in the areas you mention which is higher than people should be flying anyway so it’s not really a problem.

Here are the actual airspace restrictions which are thankfully, as you point out, are a very very long way away

Check out this customised view and its associated layers created by @PingSpike. 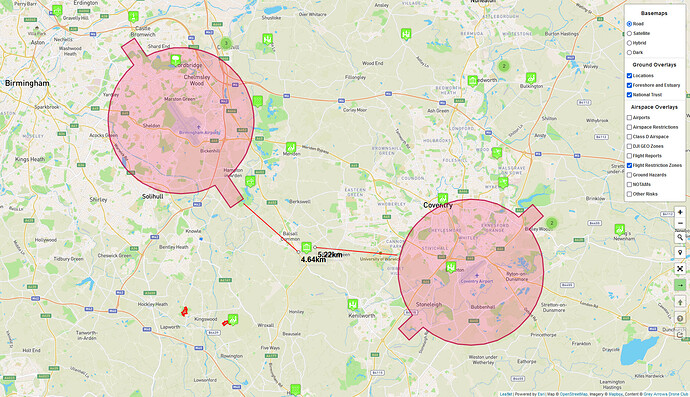 I’ve flown here many times, a friend of mine lives over the road and I’ve used his field at the back of his house for FPV practice.

The main issue here is the Windmill itself is residential and the owner lives there. So you risk privacy issues rather than flight restriction issues. I’m not sure if they still open the Windmill to the public. I know that they used to, not so sure this side of covid though.

when something big like an A380 is either on approach or departing from BHX it would be clearly visible.

And would be a lot higher than 400ft (120m) so wouldn’t be an issue anyway. The location isn’t anywhere near the FRZ so is fully legal to fly here.

I don’t understand what the issue is?

I’ve flown here too, it’s fine. DJI Fly app just warns of close proximity. I’ve had more warnings about aircraft in airspace from the DJI Fly App in places further away from the airport than this. Even if it was in the FRZ, you just get permission from ATC, so I don’t see what an A380 has to do with anything.