A line of concrete anti-tank blocks and pillboxes were constructed. Due to coastal erosion and the movement of the sand, some of these defences have been lost or moved.
Here is a line of blocks, some nearly buried in sand 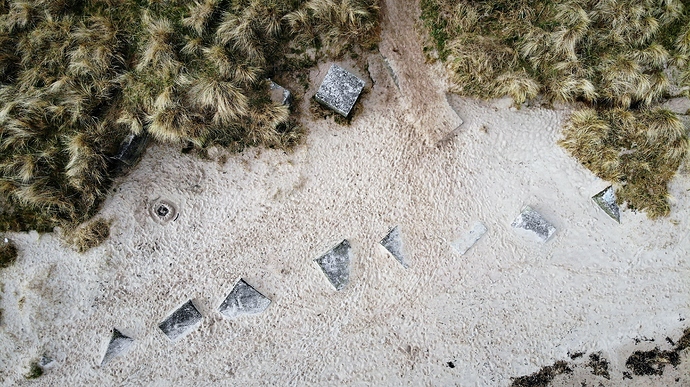 Another great photo and subject.

I’ve not heard of these before, what’s the theory behind it? Simply that a tank can’t scale or cross them?

@PingSpike The main aims of anti-tank blocks were to obstruct a tanks progress or expose the vulnerable underside of a tank if they endeavoured to go over the anti-tank blocks. The NE cost line like many others I guess are littered with them, many are buried below the sand and only show after a storm. We also have bags which were filled with cement, which we have in Beadnell. Will try and get a picture.
I was into Metal Detecting and still have an expensive machine, found bullet shells and a pin from a Mills grenade just around Bamburgh. over 70million of these were produced. From WW1

These blocks were on a TV prog recently.

Interestingly, I discovered there’s a small line of similar tank blocks in the middle of Southamton … some way from the sea,
They are rather overgrown, but I need to go down there with the MP and see how much is visible.

Sandbags on Beadnall Beach is next from the air

Read that as Handbags initially … I thought we were venturing into new areas.

In that case the missus will let me go out more…

On the subject of tank traps, there were also removable ones installed on strategic roads in coastal towns. There are some surviving ones in a town up coast from me.

Originally they would have spanned the whole road but had been removed over the years.

If you didn’t know any better you would think they were manholes but back then, in the event of invasion, covers would be removed and pyramid, bar or cross shaped blocks installed.

Idea was either to make them impassable (pyramid shaped) or pull off the tracks (cross).

I love all this kind of stuff, and amazing how some of it still survives. 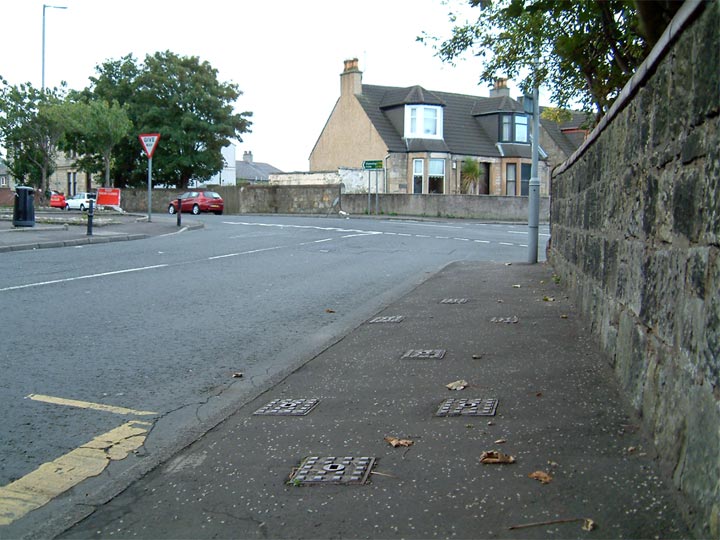 This might be a stupid question, but could a tank not just aim a rocket at these defences and blow them to pieces?

Rockets? In WW2?
I wanna see that film!

Lay enough of them and they can get stuck on top as well as being vulnerable underneath.
Wouldn’t stop one of today’s so easily.

Ok, it was a stupid question, I’d clearly not put any thought in to what a WW2 tank actually fires

Battle of the Bulge is your guide!
(Not really - just a film that’s tank battle based that I love. Post war child syndrome, or something,)