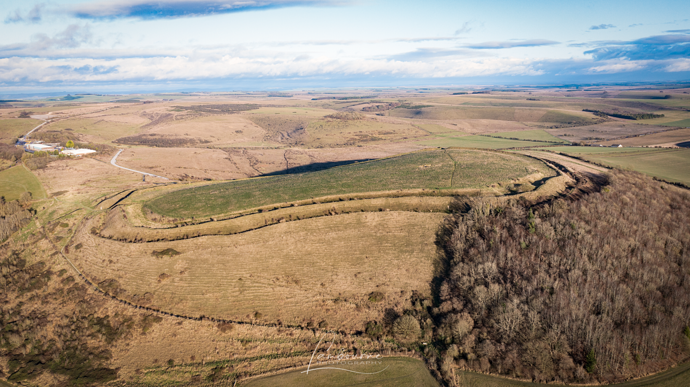 TOAL from the top of the hill, which is long, steep walk of about 45 minutes from the car park. Battlesbury Camp is the site of an Iron Age bivallate hill fort on Battlesbury Hill near the town of Warminster in Wiltshire, South West England. Excavations and surveys at the site have uncovered various finds and archaeological evidence. Hill forts developed in the Late Bronze and Early Iron Age, roughly the start of the first millennium BC. The reason for their emergence in Britain, and their purpose, has been a subject of debate. It has been argued that they could have been military sites...

The originator declared that this location was not inside a Flight Restriction Zone at the time of being flown on 28/12/2021. It remains the responsibility of any pilot to check for any changes before flying at the same location.