So, my Mavic Mini arrived this afternoon and after pacing my house waiting for the controller and a battery to charge, I packed it into a rucksack had a brisk walk to Bennerley Viaduct.

Light was fading fast but I knew if I didn’t go now the chances are that I’d not be flying for a week (looking at the weather). By the time I got to the spot the sun had gone down over the hill but I got in the air, and had a 4 minute flight.

The light wasn’t great, hence the burnt out skies in most shots. Edited the video down to under 2 mins and posted it to YouTube. It’s not going to win any cinematography awards but I’m happy to have had my maiden voyage. What a great feeling! 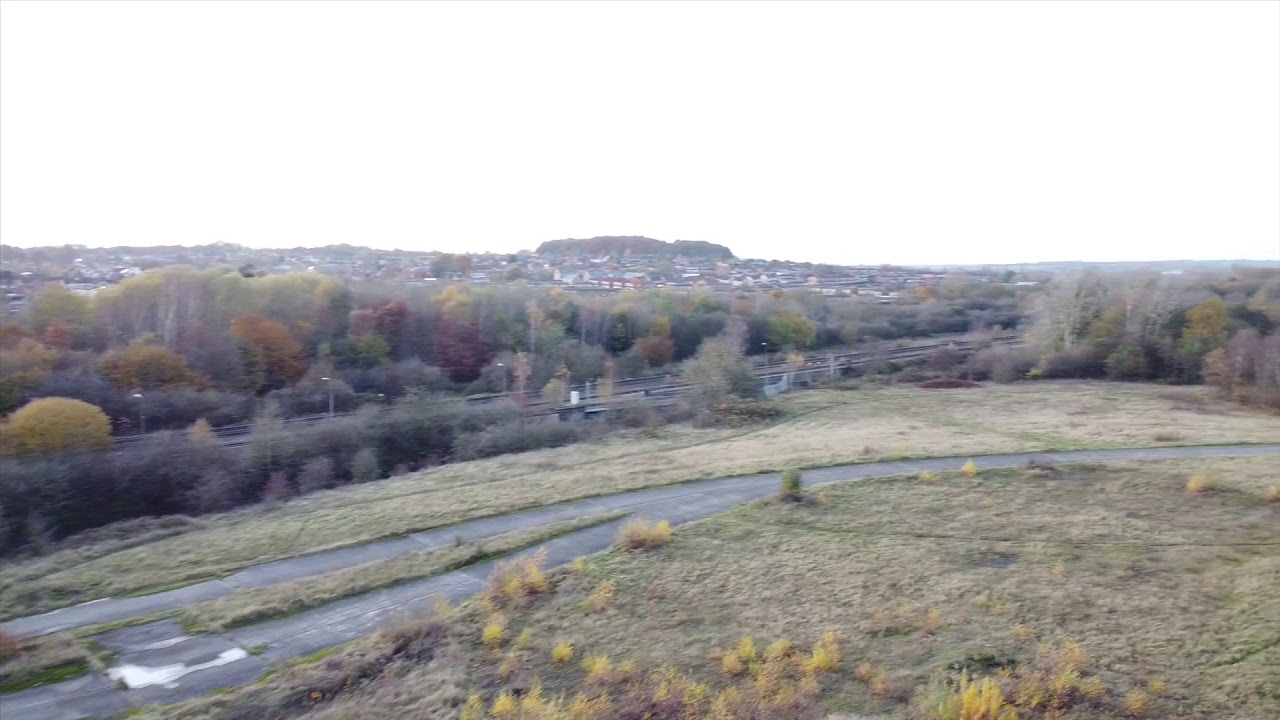 Seems so. As I’ve never flown a drone before it’s hard for me to judge but I’m very pleased with it.

For a first flight it looks like you may be a natural.
Good job.

That’s a bloody good first effort Simon, keep that up, just a suggestion to slow down your turns, slow is better.
great inaugural flight.

Heading over there tomorrow, any tips on where to park and fly from ?

Newton’s Lane car park is your best bet (the canal fishermen use that one). Then it’s a walk down the road to where the footpath forks away from the roadside and just follow it round to the viaduct.

Once there, go under the viaduct which is still part of the public footpath (that would take you over the railway bridge if you were going that way) and you could take off from that area.

Or, and I’d never condone such a thing, if a person were to go through the opening in the blue gate (that has been made by dog walkers), there’s an expanse of land that used to be the old water works. If a person did go onto there I’d suggest they stick to the concreted areas as the grassy areas still have metalwork remnants and holes to nowhere… so I’ve heard.

There are sometimes lads on dirt bikes on there but depends what time you’re going.

Great info @PunchyPariah thanks for sharing

Going to try to visit this 17th or 18th if the weather is good. Thank you for the info Simon.

FYI. I went here today, but it was spitting.
More importantly, it looks like they have resumed renovation works.

I went on a canal walk on Saturday morning and noticed the same thing (I hadn’t been down that way since April). They’ve added a service road from the Naptha cattery on the bypass right down to the viaduct. Looks like they’ll be there for quite some time.