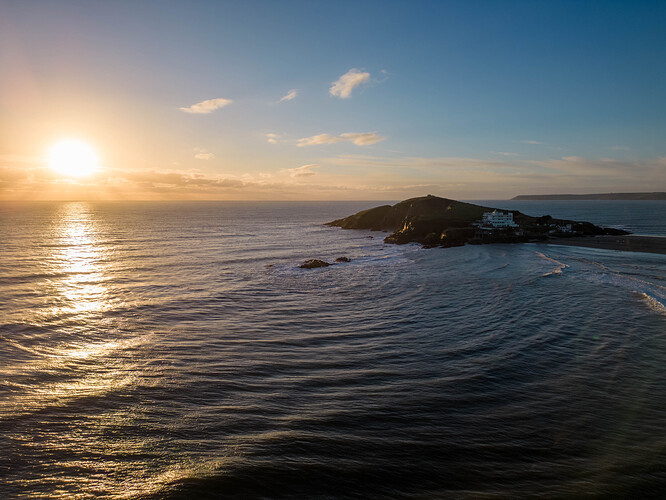 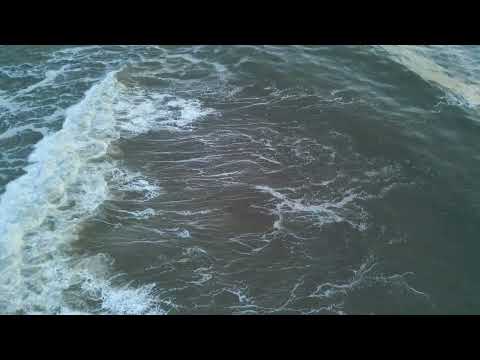 This location has been recommended to fly your drone in the Beaches and Seaside Resorts category in the South West region.

One of the few relatively easily accessible patches of crown foreshore that you can actually stand on (i.e it isn't a rocky cliff) in South Devon.

Fairly small country lanes for the latter part of the drive, with steep hills, but since surfers love the site you'll see a fair number of 4x4's and vans on the roads so take care.

Parking at the main Bigbury car park is £1.5 an hour, can pay by Ringo and there's a WiFi network to pay for parking as signal is a bit spotty. Toilets and café open most of the year next to the car park. There is also a small amount of free parking on the left before you get to the main car park.

Burgh Island is an interesting landmark, with the bar you walk on for access submerged at high tide.

The real highlight here are the surfers. Due to it's orientation, and the river outflow, there's almost always good surf here. The waves and swell can be pretty dramatic, and it isn't always suitable for novices, but you're almost guaranteed to find a couple of people on the water here.

The river/tide interaction can produce some particularly nasty rip currents here (and strong currents in general), so if you do fancy a dip be careful!

In the summer both Bigbury, and Bantham (across the river) become very crowded (so flying may not be possible due to assemblies of people), and the roads are a nightmare. For me, it's best avoided in the peak holiday season.

I have seen a medevac from Bantam with a helicopter as during the summer there's no way an ambulance would get there in a timely manner. If on duty the lifeguards will give people warning but do keep your ears open as well.

The originator declared that this location was not inside a Flight Restriction Zone at the time of being flown on 16/01/2023. It remains the responsibility of any pilot to check for any changes before flying at the same location.

Thanks for adding to Drone Scene - and providing detailed information.

Is there any way to have the thumbnail be the photo and not a blurry YouTube still when we create sites?