In the late evening:

Apologies - I should have turned the zoom controls on but I cannot now edit the embedded code.

After sunset with all the fun of the fair:

That’s a handy area to fly as it’s a kind of buffer zone between two restricted areas.

It is a good place to fly with great views of London. I do try to go when it is quiet though and I (but not the drone) have to stay south of the A2 (the main road in front of the funfair) as stricter byelaws apply around TOAL if I cross the main road.

Who’s byelaws apply if you cross that main road? Royal Parks would be understandable but their boundary is naturally within the fence of the park itself. 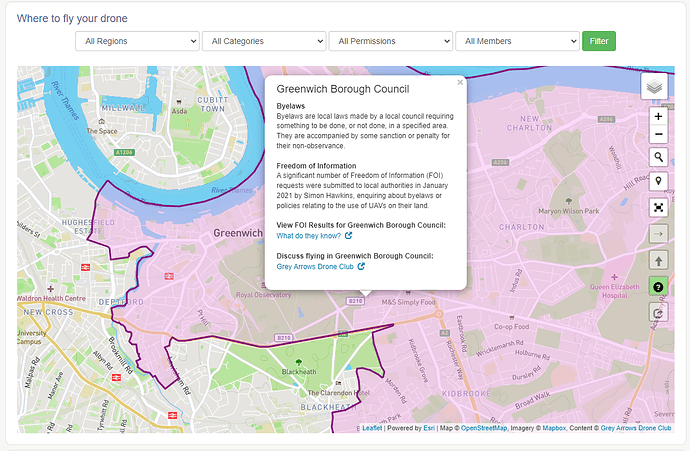 Greenwich Council has a byelaw which prohibits taking off / landing and controlling a flight that specifically applies to its part of Blackheath and covers any power-driven model aircraft.

Lewisham Council has an equivalent byelaw for its part of Blackheath that only applies to model aircraft that are driven by combustible substances and weigh over 500g.

As I have been using a 249g Mini 3 Pro, I am assuming that I can take off / land and control flights from the Lewisham section of Blackheath but not from the Greenwich section.

I may well be wrong though.

I’ve just read the Lewisham bye laws re Blackheath and yes there is no mention of drones which is great. I might give that location a go next time I’m back up in London for a couple of days.