My first flight with my DJI Mini 2 so apologies for both flight quality and video editing capabilities!

Hopefully both will improve over time. 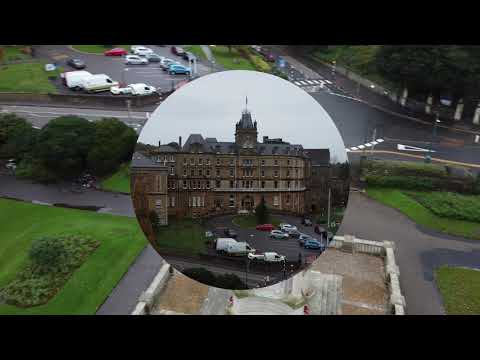 (big thanks to @Drumsagard for saving my footage)

Nice footage. Interesting to see how big the BH2 cinema is from the air.

Despite living near town centre, I hadn’t realised they’d completely torn down that old bar to the back right of BH2 and it’s an empty construction site now - wonder what gets thrown in there.

That’s a pretty good effort for a first flight and a first edit. If I can give you some pointers, try and keep things slow and smooth, avoid fast jerky moves. You have almost 4 minutes of footage there with some decent smooth bits in it. You could edit this down by removing the jerky parts to a pretty decent short film. There’s no need to include everything you shoot or even very long clips. The maximum I tend to use is about 5 second clips. Transitions can also make or break a film.

Would you recommend keeping the flight clips in time sequence or chop it all up and piece it back together however you think looks best?

And believe it or not, footage shown was after I cut the worst of the jerky movements out

I’d suggest whatever looks best. Think about how well each clip flows on to the next one, you often don’t even need a transition.

Yeh, they do something similar each year; some of the stalls are pretty “tat” for my taste, but there’s often a hog roast and mulled wine available which is right up my alley