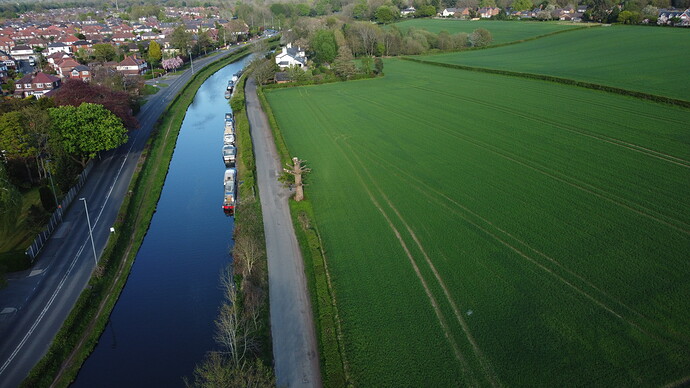 Plenty of spots around South Warrington through Stockton Heath and Grappenhall to take a drone up and get footage of the canal boats and adjacent areas which often form a boundary between the suburbs and countryside. 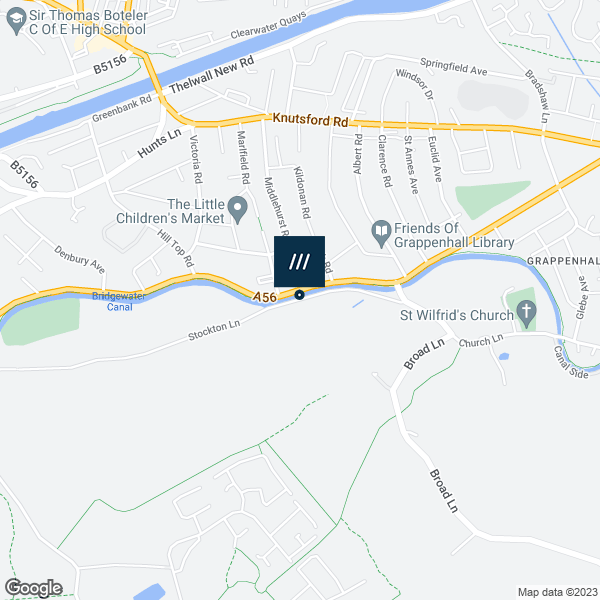 This is the what3words address for a 3 metre square location near Grappenhall, Cheshire. 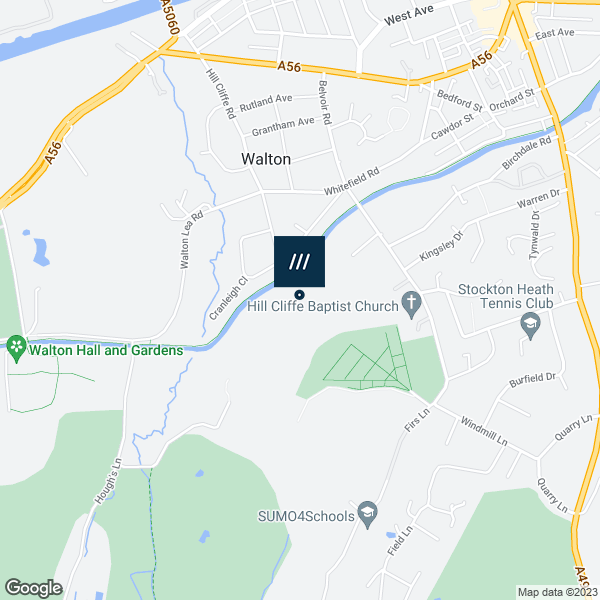 This is the what3words address for a 3 metre square location near Stockton Heath, Cheshire.

Landowner permission for TOAL on the towpath is unknown, but no conspicuous policy against it. There are a lot of PROW such as footpaths around either way.

The originator declared that this location was not inside a Flight Restriction Zone at the time of being flown on 18/07/2022. It remains the responsibility of any pilot to check for any changes before flying at the same location.