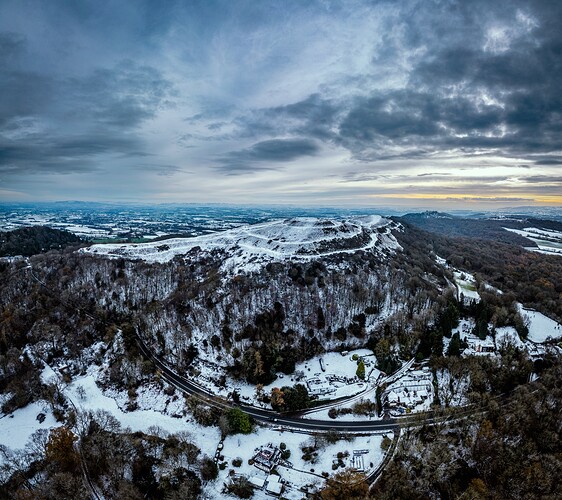 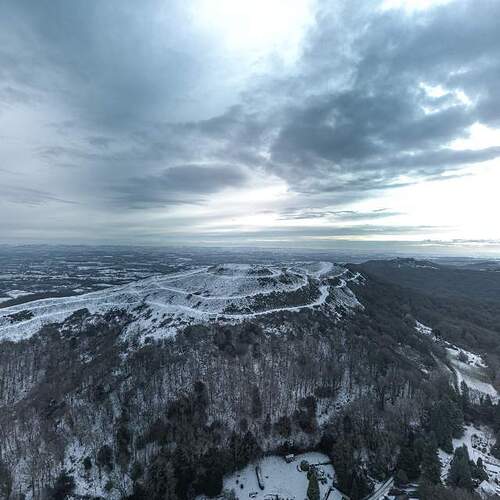 This location has been recommended to fly your drone in the Iconic Landscapes and Ancient Sites category in the West Midlands region.

About a 25 minute walk from the carpark (which cost £4.80) to the summit. Probably 15 minutes without ice and snow. Absolutely stunning views for about 20 miles or more, a full 360 panoramic.

The most recognisable of all the Malvern Hills, British Camp is thought to have been the location of a hillfort dating from maybe 3,500 years ago in the Bronze Age. At a height of 338m above sea level, it offers a magnificent view of land all around and especially the primary pass through the hills at that time; Wynds Point.

The first hillfort was built on the British Camp summit. Then, at around 400 BC, there was a rapid expansion of population in Britain and the hillfort was extended to include the northern spur of British Camp and also Millennium Hill. 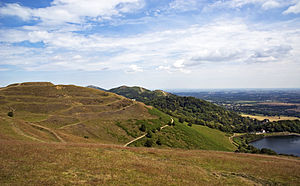 British Camp is an Iron Age hill fort located at the top of Herefordshire Beacon in the Malvern Hills. The hill fort is protected as a Scheduled Ancient Monument and is owned and maintained by Malvern Hills Conservators. The fort is thought to have been first constructed in the 2nd century BC. A Norman castle was built on the site. The extensive earthworks remain clearly visible today and determine the shape of the hill. The height of the summit of British Camp is 1,109 feet (338 m).

The originator declared that this location was not inside a Flight Restriction Zone at the time of being flown on 17/12/2022. It remains the responsibility of any pilot to check for any changes before flying at the same location.

Hope you had your injections before you came this far north mate!

Hope you had your injections before you came this far north mate!

No, I had them just before I visited Bredon Tower in April