Broomhill Bridge - Added to Rivers and Canals in Scotland 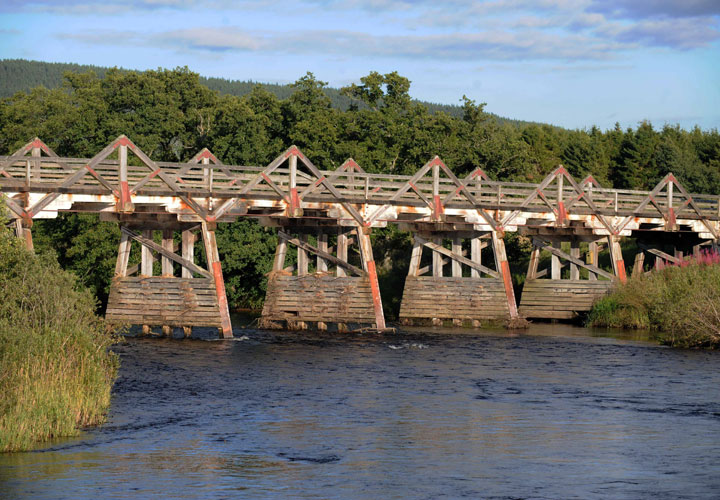 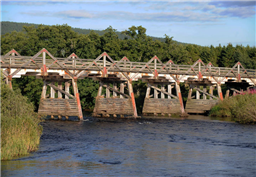 This location has been recommended to fly your drone in the Rivers and Canals category in the Scotland region.

Originally built in 1863 to transport timber over the River Spey, it was rebuilt in 1894 by engineer John Mackenzie and contractor Charles Mackay to replace the earlier bridge that had been washed away. "The finest wooden bridge in Scotland" is also the only surviving wooden bridge in Scotland purposely designed to carry vehicles, or at least according to the locals I spoke to on the day.

The Broomhill Bridge is a wooden bridge over the River Spey. It was built by engineer John Mackenzie and contractor Charles Mackay, to replace a bridge that had been washed away. A plaque on the bridge states that the bridge was erected by the "Third, or Badenoch, District Committee of the Inverness-shire County Council," and that the last nail was driven by the Countess Dowager of Seafield on 27 November 1894.

There is easy parking at both ends of the bridge but only space for one car in each. If you're lucky (like I was) you'll also get the steam train pulling out from Broomhill Station

Close by there is also Castle Roy which is worth a visit, one of the oldest unchanged castles of its type in Scotland. I have a seperate DS entry for that if you're interested in visiting.

The originator declared that this location was not inside a Flight Restriction Zone at the time of being flown on 25/08/2022. It remains the responsibility of any pilot to check for any changes before flying at the same location.