Burrow Mump - Added to Places of Worship in South West 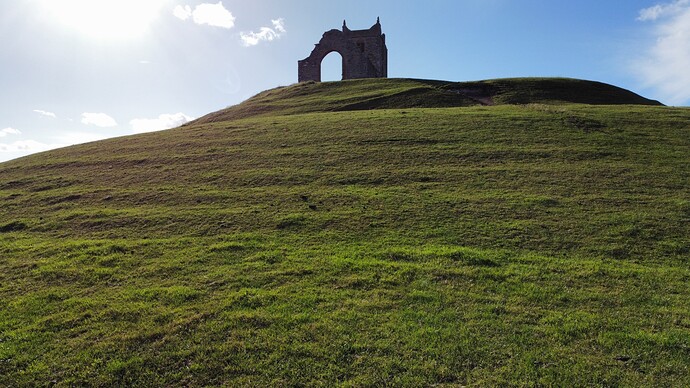 This location has been recommended to fly your drone in the Places of Worship category in the South West region.

Burrow Mump is a hill and historic site overlooking Southlake Moor in the village of Burrowbridge within the English county of Somerset. It is a scheduled monument, with the ruined church on top of the hill a Grade II listed building.

The hill stands at a strategic location overlooking the point where the River Tone and the old course of the River Cary join the River Parrett. Although there is some evidence of Roman visitation, the first fortification of the site was the construction of a Norman motte. It has been called King Alfred's Fort, however there is no proof of use by Alfred the Great. A medieval church was built on the hill in the 15th century. The current ruined church on top of the hill was built in 1793.

TOAL is available from a footpath to the southwest of the site as the hill is owned by NT. A car park is to the NW of the site, although one space is available next to an old phone box on the main road close to the bridge.

The originator declared that this location was not inside a Flight Restriction Zone at the time of being flown on 29/09/2021. It remains the responsibility of any pilot to check for any changes before flying at the same location.