Caldicot Castle - Added to Castles and Fortifications in Wales 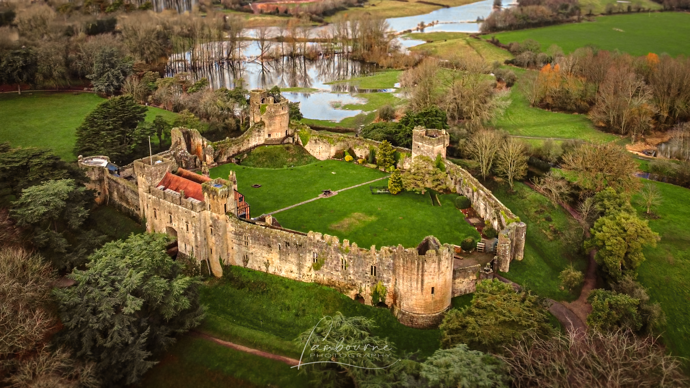 This location has been recommended to fly your drone in the Castles and Fortifications category in the Wales region.

TOAL was on the South East side of the Castle grounds, by Nedern Brook. I parked in the free car park situated at the entrance to the site, close to St Mary's Church.

An early Norman motte and bailey castle dating for the start of the 12th century. The almost intact stone walls and the circular keep on a low motte were added in the early 13th century and the gatehouse in the 14th century. It was restored as a Victorian family home in 1885, when the keep and gatehouse were restored. It is set within a wooded country park, managed by Monmouth County Council since 1963.

Caldicot Castle (Welsh: Castell Cil-y-coed) is an extensive stone medieval castle in the town of Caldicot, Monmouthshire, in southeast Wales, built near the site of Harold Godwinson's former Saxon castle by the Norman earls of Hereford from about 1100. The castle became a Grade I listed building on 10 June 1953. It was in the possession of Thomas of Woodstock, a son of King Edward III of England, until his death in 1391, when it reverted to the Crown. Caldicot is mentioned in the Domesday Book ... 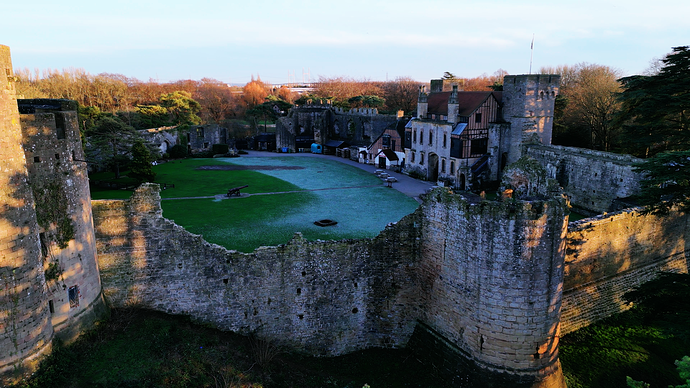 Nice shot, well done! It’s a lovely castle. Need to go back there for a good look around, as last time, I was focusing on filming 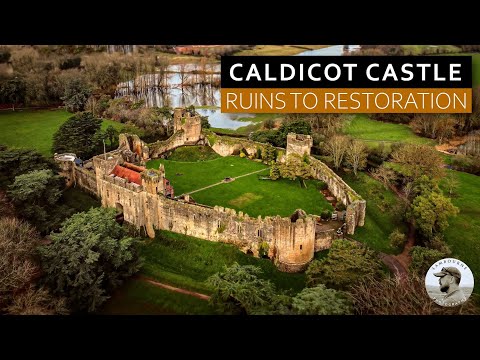 Great vid. Thanks for sharing.

It was only my second flight. You’ve given me the inspiration to go back and go a bit higher next time.

Returned here again this morning. I was approached by one of the council wardens. He asked me for my public liability insurance information. When I told him it was <250g, he was happy and just asked if my Operator ID was in date. He seemed to know the rules and was happy for me to continue.

I hope you told him that recreational flights don’t require any public liability insurance, regardless of the weight of the drone

just asked if my Operator ID was in date.

Did you ask the same of his driving licence?

Its a decent castle for a quick wander inside as well (was free from memory last time).

Good bit of flooding in the background in the stills.

Yes. It’s been free for a few years now (was always free for locals).

The floods are still there. As usual, they are building brand new houses within a few feet of the floods… 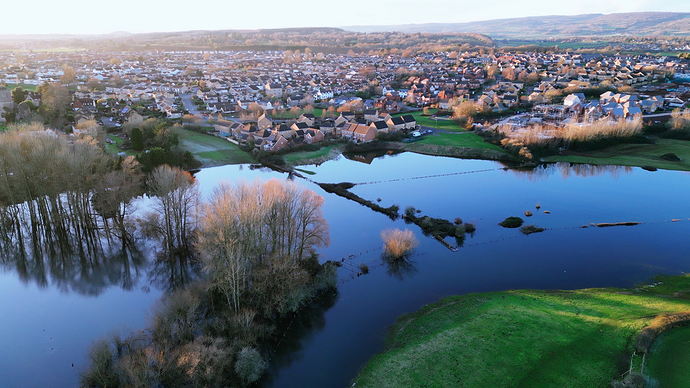 Yep, building on “flood plains” is popular. As is complaining or blaming climate change when they errr flood.

Didn’t realise it was still flooded down there though. Been fine up here in the hills for weeks.