He reviews he DJI new FPV Drone on Youtube 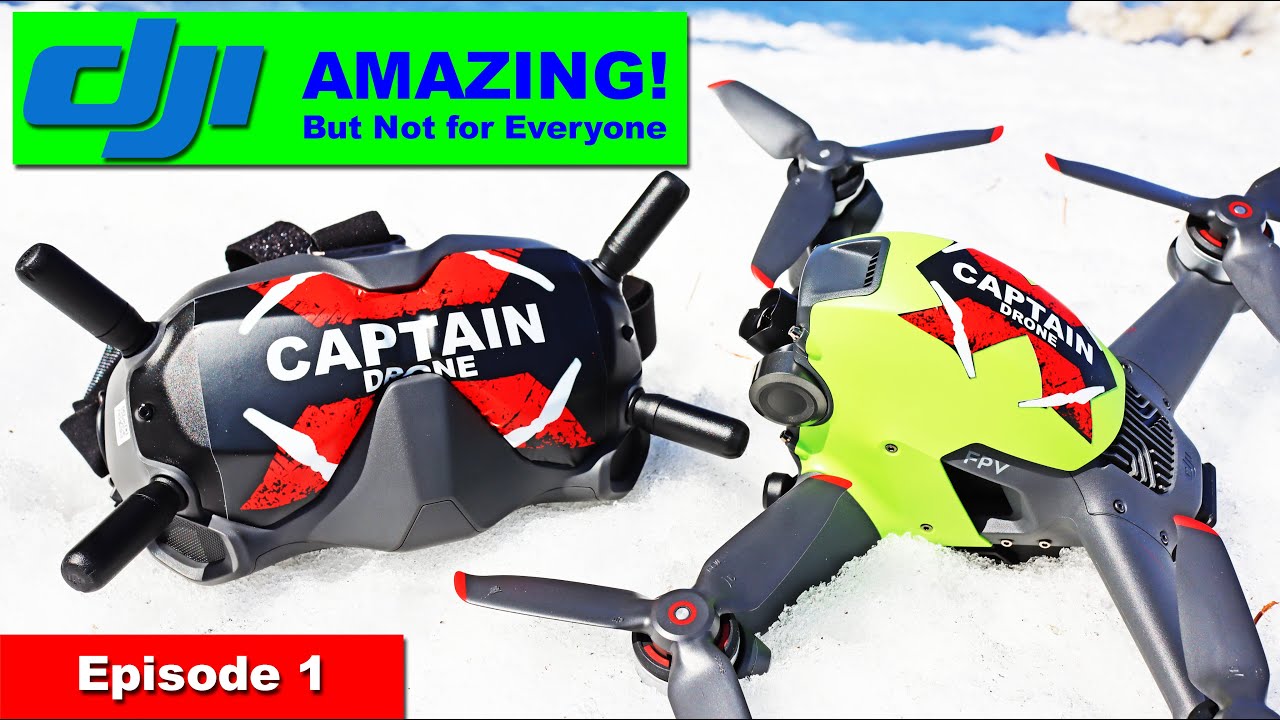 I just find him astounding! Don’t know what to make of him haha. I do enjoy his energy and obvious happiness.

I looked at Captain Drone review on the babyhawk 2 and agree his geeky happiness is nice to watch,

it’s interesting that 200k of subscribers which only average of 17k of views on each of his uploads that is enough to be sent so much stuff free to test and review.

it’s interesting that 200k of subscribers which only average of 17k of views on each of his uploads that is enough to be sent so much stuff free to test and review.

When RC started getting more popular on YouTube I subscribed to quite a few channels for their original content. If they were showing some new kit it was because they owned it and genuinely wanted to share their excitement and experience, the good and the bad. Today many of these same channels have become the Chinese Box Dropping Home Shopping Network, and instead of genuine reviews or tutorials they’re just pushing product to boost the value of their affiliate links.

Flite Test was one channel I always looked forward to watching, especially with David Windestal, but now their uploads are low on content and appear primarily to push completely unrelated products such as VPN’s, Mobile Games, and Food Delivery Services.

Of all the channels I used to subscribe to only a few remain. These include.

And a few channels related to the development of Arducopter/Arduplane.

And surprisingly Captain Drone. He primarily is a sort of product reviewer but his presentation is based on his own experiences and not what is written on the side of the box. I know he gets inundated with requests to review stuff but he still has a strong moral compass and that’s why you generally don’t see a lot of crap on his channel. I may disagree with some of his comments but it’s only as a difference of opinion and never because what he said was an outright lie, which has caused me to unsubscribe from many channels.

Mind you, I think he covers his subject very well in a professional way compared to others, who appear to be downright amateurs.

I wouldn’t be too sure of that. Not wanting to detract from the subject too much… I went to a Chronic Pain Clinic a few years back. We were given a Death By PowerPoint presentation and at the end we were asked for our comments. I considered the presentation to be devoid of any real info and very condescending. I was informed it had been written that way because Government Guidelines said that such things needed to be pitched at a reading and writing level of a 9yr, old as that was the mean level of the adult population. But I also think that for many of Captain Drone’s audience English might not be their first language.

…that such things needed to be pitched at a reading and writing level of a 9yr, old as that was the mean level of the adult population…

A shocking indictment if there ever was one!

I read a report a few years ago that said the (latest figures at the time) maths GCSE pass mark was set at 17% because the exam had been too hard!

We wouldn’t generally try and pitch patient information towards the average reading level of the UK population as that would obviously exclude a large group of patients as well as potentially makng it harder for those whose first language isn’t English.

Also not sure that there is much evidence to support declining levels of attainment in literacy. But literacy itself is changing and besides learning all that stuff in school younger people also more or less teach themselves how to be literate in the modern world. Meanwhile some older folk who may pride themselves on spotless grammar and roll their eyes when someone types “of” rather than “have” (not going to lie, that one really winds me up) etc. are actually becoming almost functionally illiterate.

@nidge thanks for other channels

I take a broad range of links and YouTube videos before buying anything.

On my FPV kit I went on posts posted here on the forum, the THF2 I grabbed as you mentioned in a post as one of your favourites and that was good enough for me, the rest of the kit also bought on the advice here and I rely more on you guys then YouTubers.

What colour is this

I agree Nidge, the government have continually set school exam standards lower for years now and unfortunately it is the sign of the times. Being a grumpy ol’ git I have neither the inclination or tolerance for complete idiots, like the time a guy asked me for a light for his cigarette while I was filling my car up at a petrol station.

The Daily Mail and the Daily Express are the two worst papers for spelling…where their so called journalists were educated/trained God knows.

Ah yes, ‘journalists’ with a degree in ‘meeja studies’ but with absolutely zero knowledge of whatever subject they are supposed to be writing about…which is why for example any aircraft is referred to as a ‘jet’ no matter what its means of propulsion actually is

Quite interesting for the DJI FPV new FPV model owners…Racing a DJI FPV Drone - Ya Gotta be in Manual Mode to win! - Newbie vs Pro - YouTube