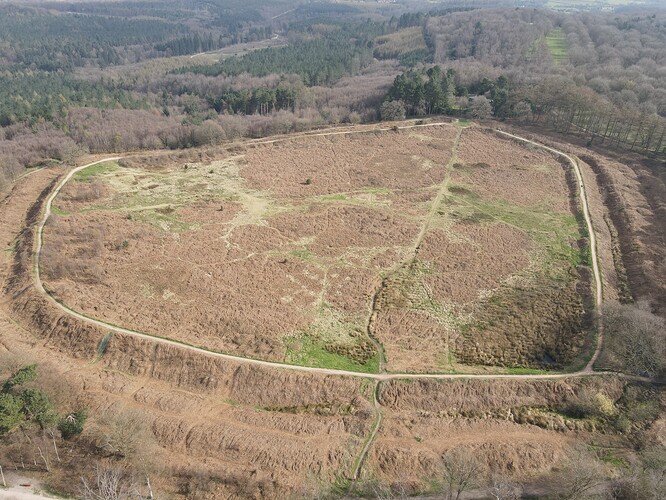 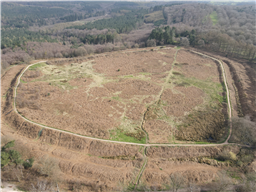 This location has been recommended to fly your drone in the Monuments category in the West Midlands region.

No policy against drones according to FOI request, no warning signs on car park gates.

The originator declared that this location was not inside a Flight Restriction Zone at the time of being flown on 31/03/2021. It remains the responsibility of any pilot to check for any changes before flying at the same location.

I just saw your other post and thought this would be a great addition to Drone Scene.

Then low and behold, you added it

Just put it in as well, had trouble getting the picture to load in, but all went well eventually

Thanks for the recommendation. Ive been looking for new places to fly for a while

I went to Castle Ring yesterday and had a fly! 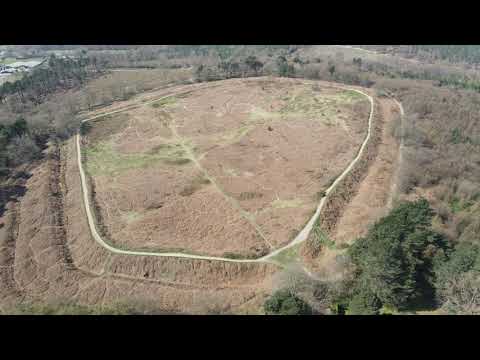 Thanks for posting an update, it’s always great to hear people are flying at locations others have recommended

Just done an intro - Thanks

Welcome mate, and you’re welcome! Nice bit of flying and filming.
The only problem I had was the flies, I got absolutely chewed to bits by the bloody things!

Awesome, I flew at Castle Ring a week ago. This is one of the pics I took with my DJI mini 2. 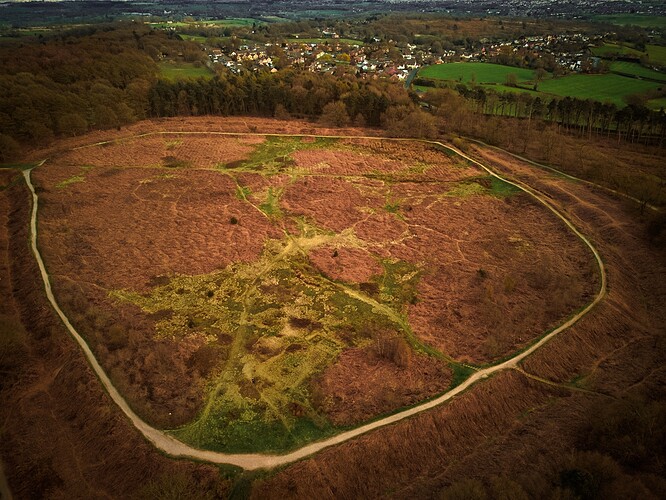 Nice bit of vignetting there!
I tried to do a straight down shot, but even at 400ft, I couldn’t get it all in (oooooh matron). Going to try it with Litchi one day, or I might even invest in the mapping version of Dronelink for $20 and try that.

@Hotrodspike Shall we arrange a meet at Castle Ring ?

Let me know if you do. I am relatively close to there.

I’m OK with that, I don’t work on Mondays or Fridays, so I’ve got a 4 day window every week when I can get up there.

Pretty well anytime is good for me.

I was flying at Castle Ring today, and was approached by the police. Nobody reported me, they were actually there following up on reports of people catching snakes illegally, when they saw me flying my drone and approached me. They were friendly and explained to me that I’m not allowed to fly my drone here. I showed them my operators ID as well as my flyers ID. I also explained that I
I did my research and that an FOI was applied for this area by other drone flyers and that there is no by-law restricting drone flying in the area. The policemen understood my explanation and said he will call the county while there just to confirm this. The county however advised the police that drones are not permitted at Castle Ring because its a national monument.

The two policemen were very friendly, polite and professional and we actually had a good conversation, but I did not argue with them and packed my drone up and left.

I applaud the police officers for there professionalism friendliness and politeness today and the fact that he made an effort to phone the district council to confirm if I’m allowed to fly my drone.

So be aware when you decide to go fly at Castle Ring.

Don’t know why old bill called the county, Castle Ring comes under Cannock Chase District Council, and there’s no byelaws, signs or warnings about flying anywhere, and the only activities mentioned on their web site are, keeping to the footpaths (check), no horse riding (check), no cycling (check) and no sledging (check). I’ll check on this (check)

They phoned the district council. Sorry I did correct my post.

Even if it were part of the National Trust, you would probably not have been breaking any of their bye-laws.

There seems to be a general rule-of-thumb for councils that they’ll “prohibit” whatever they think is bad, whether or not they have a power to do so.

There are no laws prohibiting flying over or near any type of Scheduled Monument. A good question to ask is if airlines aren’t prohibited from flying overhead, why is a drone? They are both bound by the same legislation.

Another good question to ask is “what law is it that you are claiming I am breaking?” I doubt you’ll ever get an answer. And the police’s job is to enforce the criminal law; not to enforce council advice, or to deal with trespassers.

Having said all that, I doubt I’d have pushed the issue. But I’d be tempted to write to the council if I was sure of my ground to notify them I would be flying there again. The issue at this site is you may not be able to access it without flying from the council’s land.

Can you please advise if you have any byelaws relating to the use off UAVs
from your land, and if so can you please elder provide a copy or the link
to their location on a website. NONE

If you do not have any byelaws, do you have any other policies relating to
the use of UAVs on your land? NO

Can you finally advise if these have been reviewed in relation to CAP722C
([1]https://publicapps.caa.co.uk/modalapplic…)
published by the Civil Aviation Authority in December 2020. N/A

So I think either plod was pulling a fast un, or the person on the other end of the line didn’t know the answer or didn’t care.

I shall print the email off, and go over there, see what plod says then!

Send the cake with file inside to Featherstone nick cell 21

At the end I made the decision not to argue, but to respect the police. It takes one spat with the police or authorities and next time drones will be completely banned in the district council.

As you say, next time I will just take this email with, showing the response from the district council. Do you mind sending the email on to me?

I will send you my email address via PM.

I was flying there on Monday morning.

Nobody bothered me at that time.