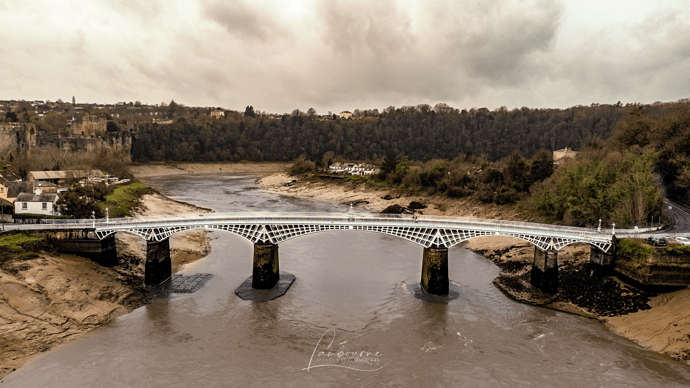 This location has been recommended to fly your drone in the Bridges category in the South West region.

TOAL was on the English side of the bridge. I parked on the Welsh side … and walked to England and back!

Chepstow Bridge is the World's largest iron arch road bridge from the first 50 years (1780-1830) of iron and steel construction. The bridge was first opened on the 24th July 1816, and is an architectural marvel and feat of engineering that has stood the test of time. 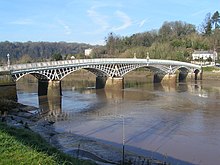 The Old Wye Bridge or Town Bridge at Chepstow, also known historically as Chepstow Bridge, crosses the River Wye between Monmouthshire in Wales and Gloucestershire in England, close to Chepstow Castle. Although there had been earlier wooden bridges on the site since Norman times, the current road bridge was constructed of cast iron in 1816 during the Regency period, by John Rastrick of Bridgnorth, who greatly modified earlier plans by John Rennie. The bridge crosses a river with one of the hi...