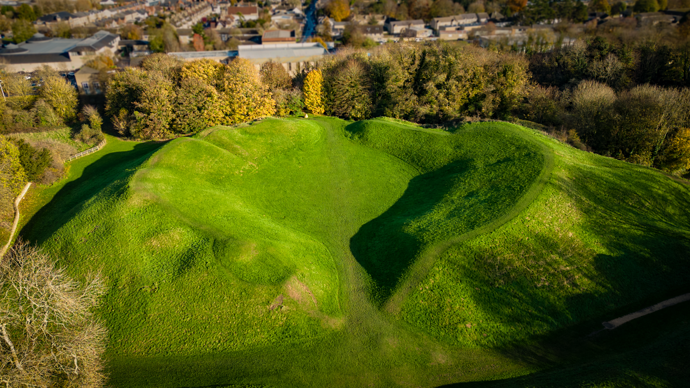 This site is owned/managed by English Heritage, so TOAL was from outside the boundary.

The Cirencester amphitheatre is one of the largest known examples surviving from the Roman occupation of Britain.

It was built just outside the walls of the town (then known as Corinium) early in the 2nd century AD.

Cirencester was second only to London in size at this period, with a population of over 10,000, and was at its finest just as Roman rule was collapsing throughout the Western Empire.

In AD 408 the last contingents of the regular Roman army left Britain. Without their pay to support the local economy and maintain order, and with no central administration to maintain communications, town life rapidly declined.

Private patrons prepared to pay for the public games could not be found. No longer used for the pursuit of pleasure, the amphitheatre became a fortress in an attempt by the town leaders to safeguard their community.

Its entrances were narrowed and a ditch dug along the southern sides, and remains of timber buildings dating from the 5th century have also been found. These efforts appear to have been in vain. In AD 577 a stronghold believed to be Cirencester is reported as falling to the advancing Saxons.

The amphitheatre then remained abandoned for several centuries.

In the Middle Ages the Abbot of Cirencester enclosed it for use as a rabbit warren. Its local name, the Bull Ring, suggests that it may once have been used for bull-baiting: a return to its original purpose.

Cirencester Amphitheatre was a Roman amphitheatre in Cirencester, Gloucestershire, England. Its remains are scheduled as an ancient monument. Archaeological digs have uncovered the earthworks, revealing the outline of the construction, which is still visible, with the banking reaching 25 feet from the bottom of the arena. The arena itself is approximately 150 feet (46 m) by 135 feet (41 m). Roman artefacts including coins and pottery have been discovered on the site. It is estimated that it w... 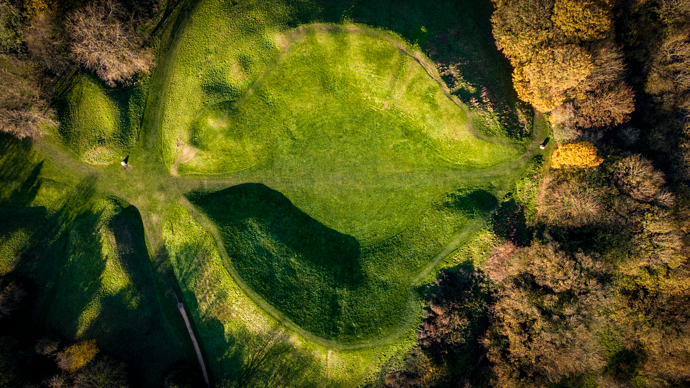