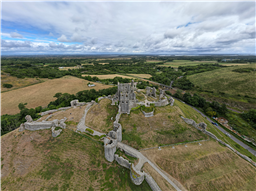 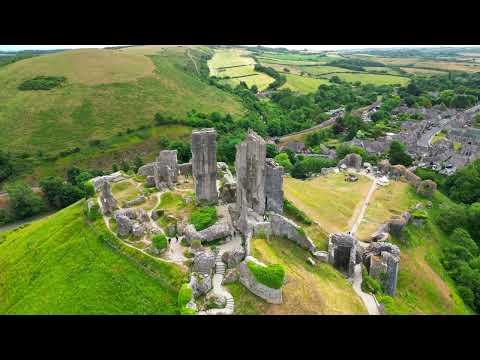 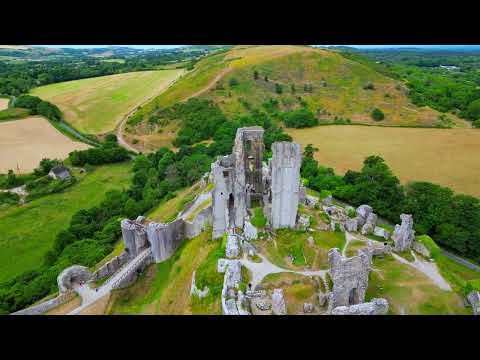 This location has been recommended to fly your drone in the National Trust category in the South West region.

Corfe Castle is a fortification standing above the village of the same name on the Isle of Purbeck peninsula in the English county of Dorset. Built by William the Conqueror, the castle dates to the 11th century and commands a gap in the Purbeck Hills on the route between Wareham and Swanage. The first phase was one of the earliest castles in England to be built at least partly using stone when the majority were built with earth and timber. Corfe Castle underwent major structural changes in the 12th and 13th centuries.

In 1572, Corfe Castle left the Crown’s control when Elizabeth I sold it to Sir Christopher Hatton. Sir John Bankes bought the castle in 1635, and was the owner during the English Civil War. His wife, Lady Mary Bankes, led the defence of the castle when it was twice besieged by Parliamentarian forces. The first siege, in 1643, was unsuccessful, but by 1645 Corfe was one of the last remaining royalist strongholds in southern England and fell to a siege ending in an assault. In March that year Corfe Castle was slighted on Parliament’s orders. Owned by the National Trust, the castle is open to the public and in 2018 received around 237,000 visitors.

The originator declared that this location was not inside a Flight Restriction Zone at the time of being flown on 27/06/2022. It remains the responsibility of any pilot to check for any changes before flying at the same location.

Take off and Land place

Looked nice, I’ll go back in the out of season, so many tourist about right now. We were also passing through off to Swanage.