Due to wind and rain I’ve been in a mad buildathon.

Main ones this week have been the upgrade of motors and ESC’s on my my DJIF550, Interference reduction on my Xugong V2 Pro with copper foil, ferrite clamps, and a screened box around the flight controller.

The pic below is a S500 frame, with Pixhawk 2.4.8, The propulsion is provided by DJI 30 Amp Opto ESC’s with 2212 920Kv motors and 10x5 props which were the cast off from my F550. The MAVLINK telemetry has been tested with Mission Planner, various Android Apps, and surprisingly was plug and play with UGCS software on the PC.

The wind is forecast to drop for this coming Wednesday and Thursday so I’m hoping to complete the Autotune process and maiden later this week. 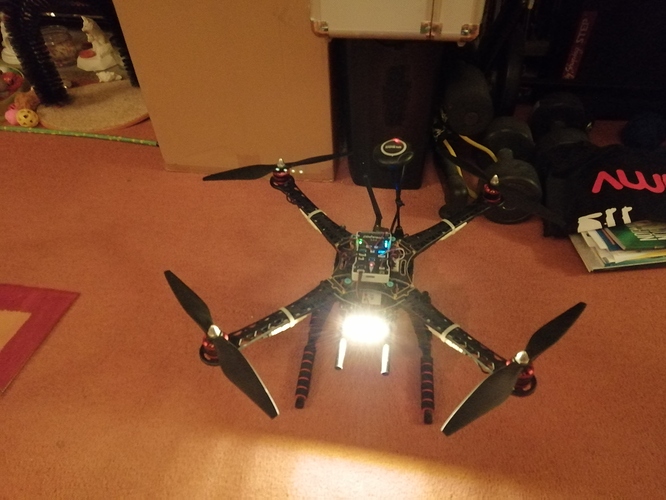 What battery do you use and whats the rough flight time? @Steviegeek 250 has a magnetometer right near power wires on inav and there was no interference. @Steviegeek, what was that gps/mag combo on your 250?

This is the GPS, from Banggood but have also had same from Amazon, used this part often now on 250 and 550 buildsand always been happy. 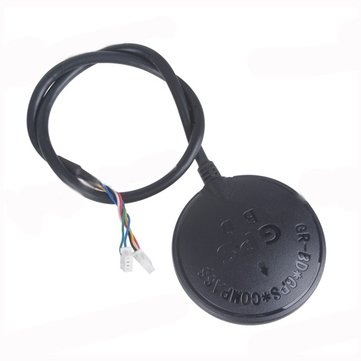 PS, had this gps mounted on top of camera on a FPV 250, worked great, no power interference that affects heading or RTH performance 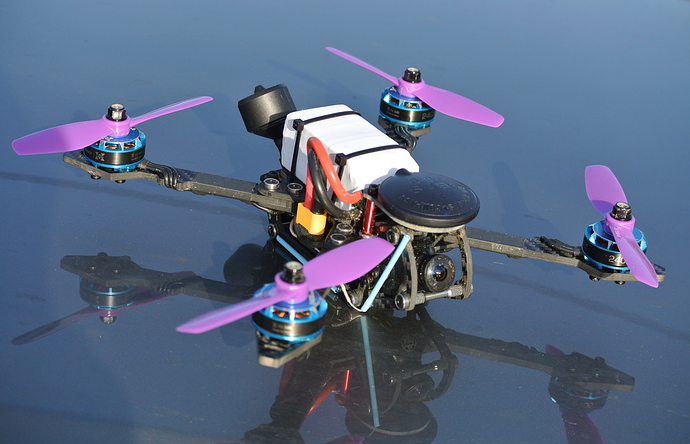 The interference I’m trying to reduce is not to the GPS on the Xugong but to the radio. The Xugong is using a Naza V2 which is somewhat renowned for causing interference to UHF radio systems, specifically the EzUHF on 430MHz to 460MHz which I’m using. When I power on the Xugong’s electronics the noise floor rises from 103dBm to around 80dBm according to the EzUHF spectrum plot in the Configurator software.

With regard to the flight time of the S500, pictured in my original post, I’ve yet to find out. The frame and the electronics are quite light and I intend to use my stash of Multistar 5200mAh 3s batteries, which due to their 10C rating are also relatively light. I would expect an easy 15minutes, possibly 20minutes at a push. I run two of these Multistar packs, in parallel, on my F550 with an AUW of 2.4Kg and I can usually average 18minutes before the second stage battery warning kicks in. As the S500 weighs less than my Phantom1, which I use 4000mAh Multistar packs, while carrying a Gimbal/Camera and FPV, gear getting on average 17minutes, I’m hoping for some good flight times out of the S500.

Yeah. Sorry, poor choice of words. Its cos your gps is on a mast. Need to get my 450 up and running again. You’ve inspired me!

Is/was It set at sensible declination angle?
Was the magnetometer orientation correct in FC? usually ‘CW270 FLIP’
Do you want me to check it out for you?
Cheers
Steve

Ah it’s in pieces at the moment. It was setup right though. I might put it on my 5 inch for a test.