Dangling a VIRB 360 from Phantom 3 Pro

Is it legal to do this?

The footage was awesome but a bit wobbly with the camera swinging around like crazy when breaking and turning. Ideally I’d have it fixed to a pole or something more rigid than a cord.

I think if I do it again, I would try to have the lenses facing up and down with exposure settings independent of each other. This way the ground might not be so dark. 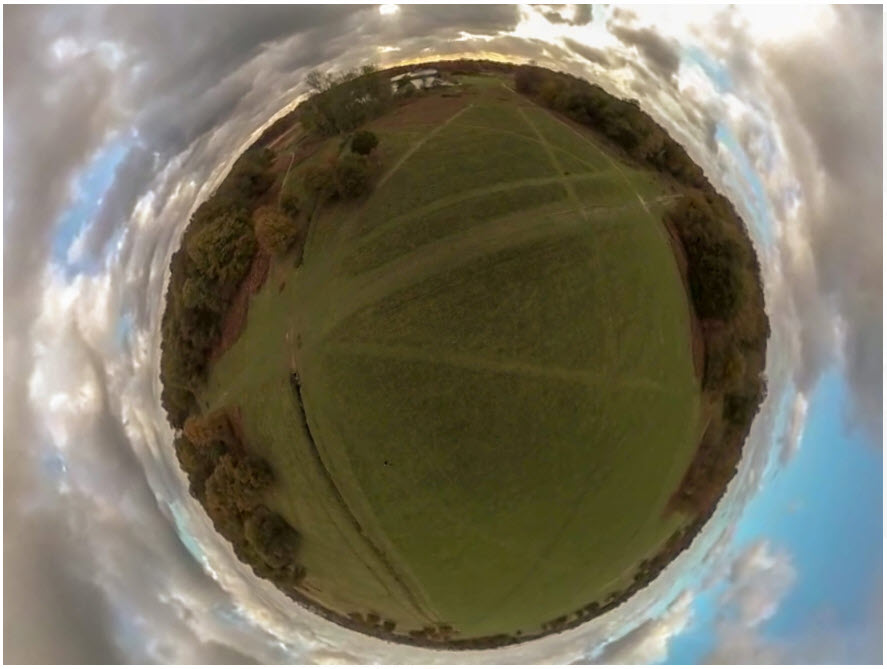 Does the P3P not do 360 panos on its own? How did you land it, it would be harder to land with a fixed pole hanging down.

How did you land it,

Easy hand catch on the P3’s

Not sure… I’ve done a few stitching together with the Litchi pano function but got the settings wrong. My main thing was to record 360 video in 5.7K to watch back in VR.

How did you land it, it would be harder to land with a fixed pole hanging down.

I had intended to hand land it but Litchi decided to over rule me and landed it before I could walk over. luckily a bit of wind helped and the camera was dragged a to the side before the P3 landed on top of it.

I have it all on 360 video but I hesitate to upload as I’m probably doing something against some kind of rules.

None of the DJI drones do 360 video, though.

None of the DJI drones do 360 video, though.

No, but I think the camera he had dangling from it does

Is it legal to do this?

I can’t see why not. AFAIK there is nothing in any regulations such as the ANO to prevent an underslung load being carried by a UAV - else many gimbals could be considered illegal. I’ve seen a 360 video camera underneath an inspire on a metre long vertical carbon tube.

If you were dropping the camera mid-flight - that would be illegal.

I am hoping to fly my Samsung Gear underneath my modified 550 once it is finished, I’ll be very intersted in your progress with 360 videos

Probably depends if it takes it over the Max Takeoff Weight. If anything should go wrong and the CAA or police get involved it may be a problem otherwise can’t see that it’s an issue.