I wanted to fit a neck strap to the Mini 2 controller but couldn’t find a way of attaching it in such a way that I could rest it on my beer belly to give my wrists a rest. I purchased the DJI RC-N1 Remote Controller Tablet Holder that has two lugs on the back to attach something and two standoff posts at the top. However, there is no way of achieving my goal to balance it correctly using the aforementioned. After hours with the neck strap in all permutations I gave up.

I looked at the possibilities of utilizing the two standoff posts and came up with the following with great success. I initially made the bracket out of metal and then realized the metal could possibly compromise the efficacy of the aerial. So I tried 7mm thick Perspex but it cracked when drilling the holes. Mk 3 was made with an old fairly rigid chopping board and that is what I settled for.

I drilled the two standoff holes so it was a very tight fit and unlikely to fall off by virtue of gravity itself. However, I put two suitable and available self tapping screws in for now and will probably replace with polyurethane bolts that I have tried but only had one and cut that a little short but it will tighten up well.

The DJI RC-N1 Remote Controller Tablet Holder doesn’t support the size of the Samsung Galaxy Tab A7 Light. The tablet is a bit too small for the holder but easily overcome with some available rubber out of my junk box. Its not going to win any prizes but it works for me. Hope this helps anyone else looking to do similar. 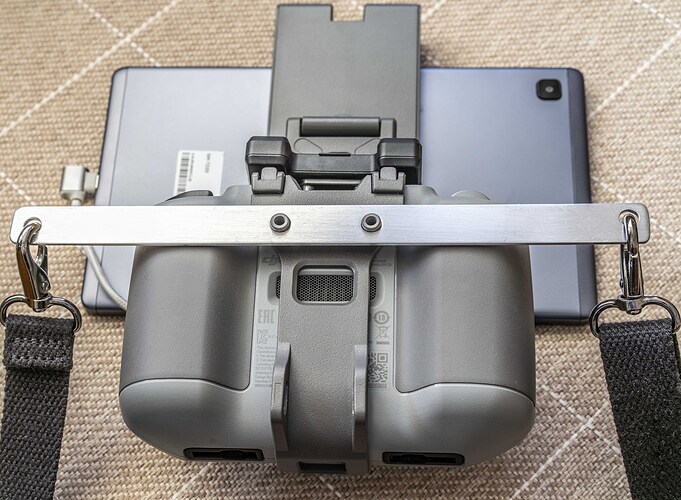 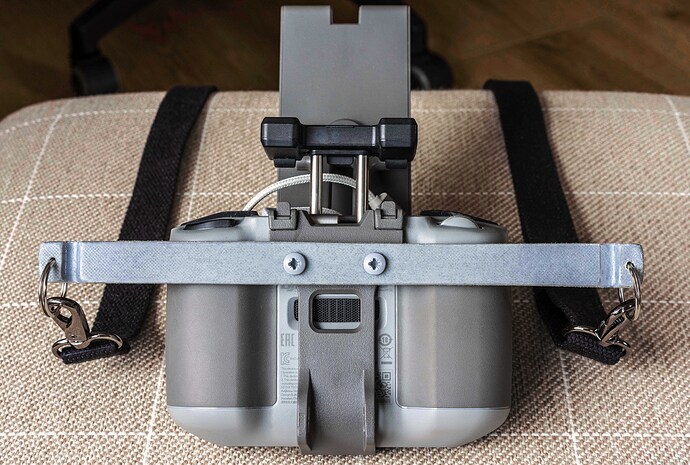 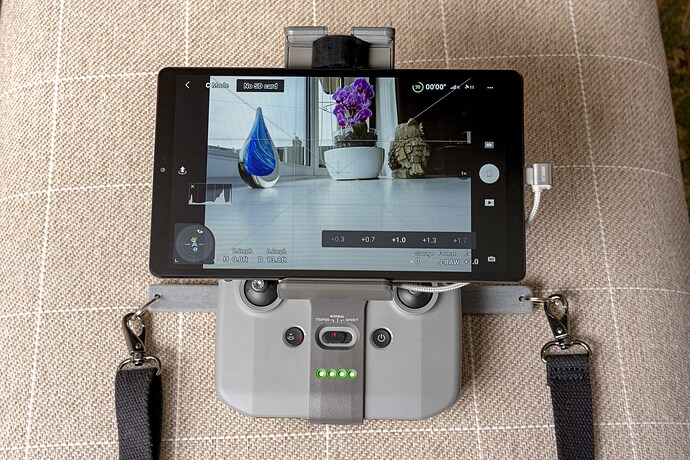 You are aware that the neck strap anchor points are right there at the bottom of that mount?

Looks good, hopefully not to heavy and cumbersome

Probably a bit late but I use this

Glad to hear we have something in common….
beer bellies

Yes, I have just discussed them but they wont work in the way I want them too.

Yes I have looked at that and looks to work fine but I’m using a tablet not a phone.

I was joking but I’m 'sure you enjoy your pints so have one for me.

How are you finding the balance / tipping point with the lanyard mount there? Does the weight of the tablet try to tip it all backwards?

Yes it will try to when parallel but if you hold it at a slight angle its fine with no hands when just standing still. At least there is no weight on my wrists at all and at seventy four my wrists are not good after a lifetime in heavy industries. I’m looking at at the prospects of attaching to small pieces of rubber in the joystick holder holes out of interest to see what they may or might not achieve in terms of slipping. The bottom of the controller is like Teflon.

I am surprised that all controllers do not have a neck strap attachment.

Now I can fit any kind of neckstrap that suits me.

Cheers Sparky just bought one thanks for the input.ps.do some sit ups

I couldn’t agree more. I note the the higher priced models do have that facility but because the Mini 2 is a very much lighter controller I suppose they decided it was not worth it but I very much disagree.

As I write, I have a Mk5 on the operating table. It works better than the model in use right now that is seriously over engineered and like someone commented rightly, bulky. This new attempt is barley visible.

The new one is mainly made up of some synthetic guy cord for radio masts around 3,5mm thick attached to the lanyard and controller. its good for sixty five mile an hour winds, what did I say about overengineering. I have several cords I can try. The answer to the problem was staring me in the face all the time! What’s that saying “he couldn’t see the woods for the trees”.

This is my set up 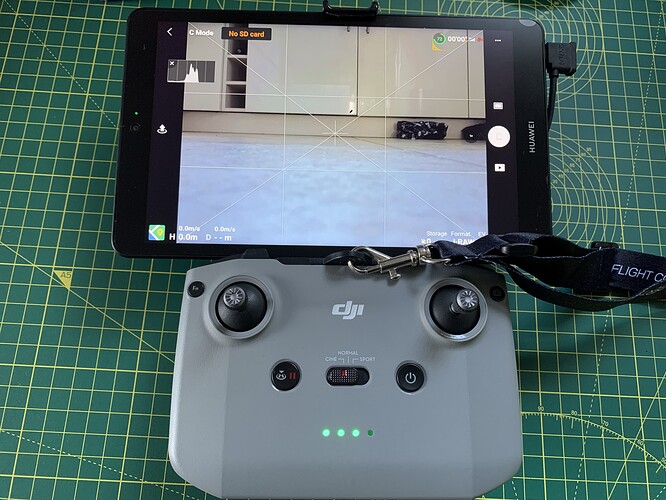 Thanks for the setup photos. What brand is it and can it be tilted backwards and forwards please? Is it relaying on the aerial to support it? What tablet is it?

This is the holder 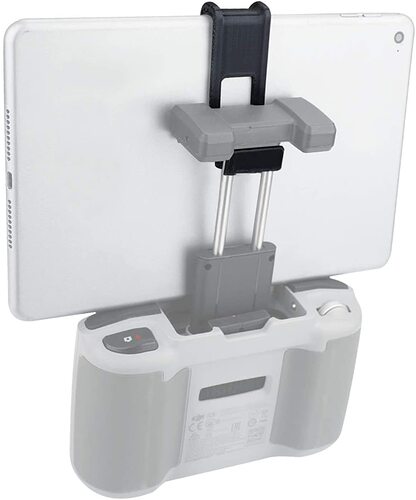 It does not tilt

The tablet is a Huawei Mediapad M5 lite 8”

It supports the tablet fine

This is the final version after a lot of head scratching. It works better than I ever expected in a stable manner with no tipping backwards like the original could do sometimes. I shall have to find another project to do, maybe a Sun Shade? 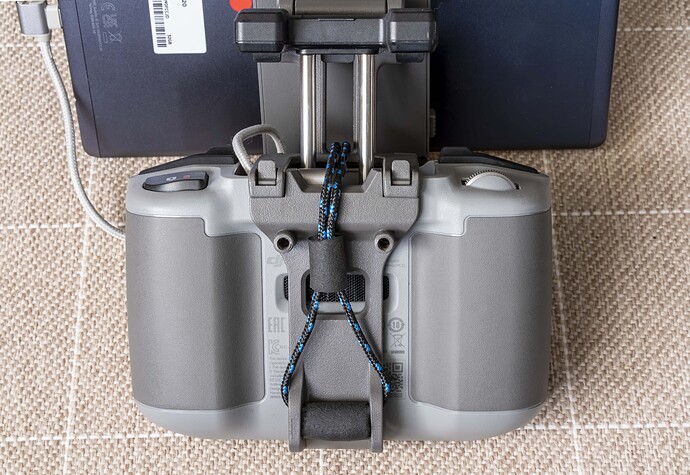