A friend of mine has just purchased a DJI FPV (as he wants to get into FPV and likes his mini se he also just bought).

He has upgraded the firmware and whilst drone hacks shows that it’s possible to downgrade, I had a Google for him and see b3yond can’t bring the .20 version down? We can’t find any information on how to bring it down

I personally don’t think this is the right drone to learn FPV on, but going to try it myself on Thursday lol

I have DH installed on mine but use the earlier firmware.
@speatuk @milkmanchris may be able too help?

I saw on a thread recently that someone said they had successfully upgraded to a certain version and then downgraded to the version needed for the hack but Im buggered if I can find it now and cant remember who it was. But its definitely on here somewhere if you dmsearch for it

Praise where praise is due General Drone Discussion

Wednesday evening I decided to patch (hack sounds too sinister for something that’s not illegal) one of my DJI FPV Drones. I went with the Drone-Hacks desktop method as it seemed the most straight forward. I purchased the license (thank you again GDARC member privilege) and set about doing the install. This is where I ran into issues, I could not get the patches to install. Each patch attempt resulted in the message that it had failed. I tried different USB cables, used a second PC that had a v…

That’s the one. I’m meeting up with him tomorrow so will let you. Not entirely sure what version he’s up to but assume the latest. Will let you know!

Some good tutorials here on Dronehacks and firmware, it’s all done with there desktop application

Drone-Hacks, the best way to hack your DJI Drone - Download 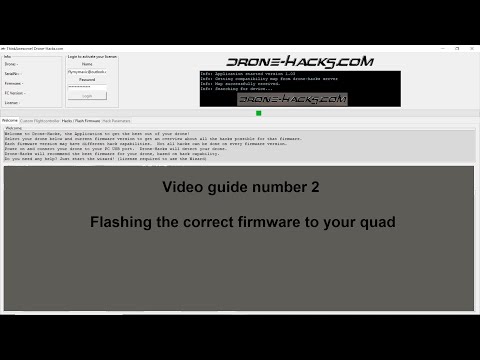 There is more info on the dedicated thread

Want to fly using FCC mode with NFZs removed on your DJI Mavic Air, Air 2, Mini, Mini 2, or DJI FPV drone instead of CE mode? Then you’ll be pleased to hear that our friends at Drone Hacks have the answer. Their new DH Companion app (Android only I’m afraid!) will force FCC mode on your drone. It’s not modding the actual drone which means when you power off the drone and turn it on again, it’ll back back to CE mode, but their app makes it very easy to enable FCC mode, it’s literally just a co…

That’s the one. I’m meeting up with him tomorrow so will let you. Not entirely sure what version he’s up to but assume the latest. Will let you know!

Ah, I thought that was the success story that @SirGunner was looking for.

Do you mean this? 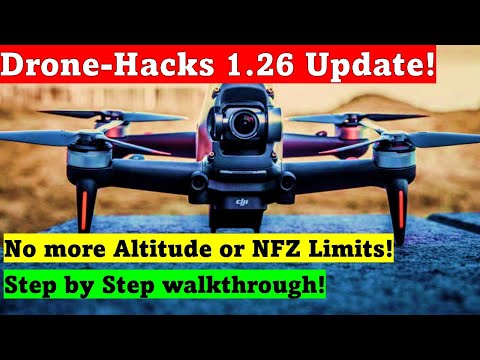 These are great thanks guys. Watched a few of these videos, and OK you can downgrade the drones firmware, but what about goggles/controller? Or does that not matter? I will check the versions with him tomorrow. The videos just mention the drones, but seen “headlines” on certain videos saying DONT update the goggles, etc, etc?

Right well seems he hadn’t updated or activated, everything was and still is on 01.02.0000 which I think is the good version (not 0020, and defo not 0015). Unfortunately as he had to activate it, connected to an old fly version on my phone, and had to go online. It activated, but now the goggles and drone saying the firmware is out of date (not updated yet though), and won’t allow anything to happen.

Use Dronehacks and flash the Firmware to 01.02.0000, then don’t connect it to the fly app again

Actually got there in the end. Had to UPDATE to 0020 and then connect to the fly app online, and even let it update the no fly restriction thingies. As soon as that finished disconnected it, and then used DH to put it to 01.02.0000. Going straight to 01.02.0000 didn’t work! Still think he’ll be happy, lot’s of info out there. Also found this (which wish had known before hand!) Activating the DJI FPV Combo · fpv-wtf/margerine Wiki · GitHub

though actually the way I ended up sorting it, was easier (with help from the fpv wtf guys) He can now shove DH on and remove those pesky restrictions!