DJI Mini 2/ DJI Fly app, does not like my OnePlus Nord 2 phone

Having decided my Phantom 3SE, is just too big to actually take anywhere to use, and I cannot use it here in London, I went and bought a Mini 2.
The Mini 2 doesnt use the Go app, but instead requires the Fly app.
So I go to play store and cannot find DJI Fly app. Just the Go app that wont work.
So I Google, and find the download page on the DJI site.
Try to download it and my phone throws a hissy fit. All kinds of DANGER warnings, and bottom line, it wont allow me to download it.
My phone isnt some cheap piece of sht. Just a few months old, with latest software. So now what?
Yeah my ipad will take the app download, but I’m not taking an ipad on travels around the world.
Any ideas? Or should I just take a hammer to this DJI piece of crap.

All kinds of DANGER warnings 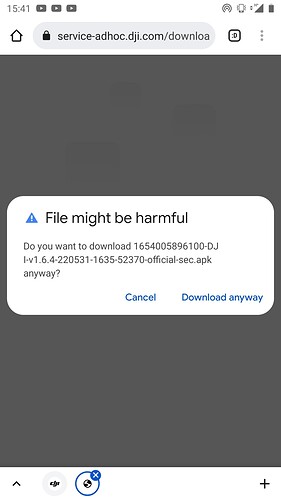 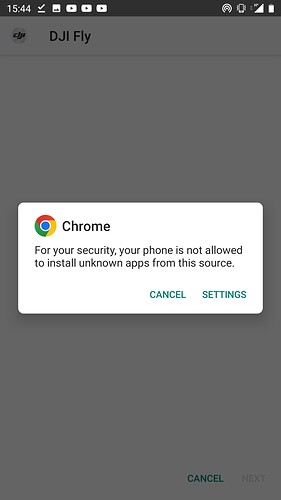 This is only your phone’s security. Not an issue.

Have you changed the settings to allow .apk to be installed? 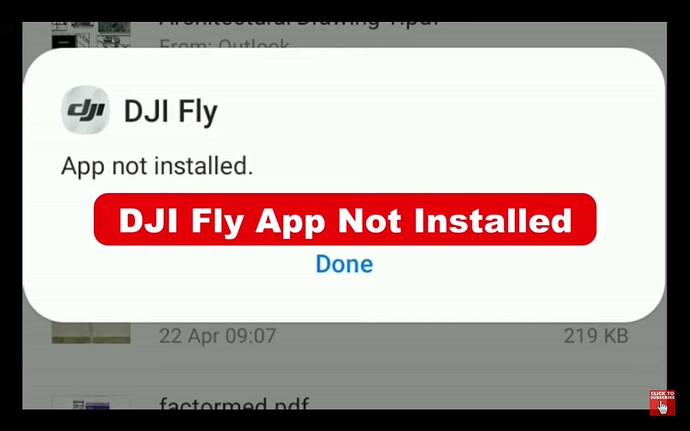 I had a problem with DJI fly where it was not installing on my android smartphone. Then I went on google and no one understood what the issue was, and I was baffled to read people suggesting to buy a... 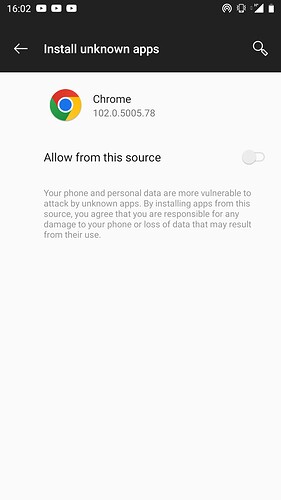 How is this not a concern?

It’s only because it’s not installed via Google Play.

ANY other app will trigger the same messages.

As it says - “Unknown app” - so they have zero idea what it’s about. That’s their “default response”.

Simple - thousands use it - thousands will have gone past that message - probably hundreds on GADC.

If you’re concerned about that sort of stuff, you should probably think twice about owning a phone running code made by Google, or also owning a phone made by a Chinese manufacturer.

Google wants apps published in a new aab format rather than apk files. Apparently there’s a problem doing that with DJIs SDK that they either can’t fix or can’t be arsed to fix.

If there was a problem with the app then there’s no way it would be allowed in Apple’s App Store, but, it’s there. Install and enjoy flying your drone.

Look at it the other way … had DJI not had to pull their app from Google’s Play Store for tech reasons - you’d have installed it by now and be using it. The identical app - same risks - different method - no messages - no difference.

Its done. Thank you. But you do understand my concerns, when my phone is screaming “Don’t do it!!!” First flight will wait until Monday.

Google want to control the world. They hate people/companies being able to survive without them and try and scare them - and abdicate any responsibility, of course. - when circumnavigating their “mission”.

Their #1 mission is to harvest every bit of information about you that they can - so that they can charge advertisers for directed advertising.

Not by much - but every bit counts.

I was in the same house where three women were talking about sex aids. Because I was on the same WiFi as their Alexa, the next day I was targeted with advertising for the same items. THAT’s how much they already invade our lives without them wanting us to know.

Really - you should be more weary of Google/Amazon/et al themselves, than a DJI app.

Hi, No, I do t think we really do understand your concerns, these are everyday Android feature’s and a very quick google search would give you the answer, you’d be better off asking these sort of questions on an Android software site, if you think these are ;problems wait until you get real problems with installing or updating the DJI software ha-ha… then you can panic. Cheers

sorry loved reading that thread ( rant rant bitch bitch ) funny ! Sounds like me when things don’t go right ( today going mad - windows open - neibours in the garden ) f this f that - I’m gonna smash it up in a minuite love it !

I had bought a 7" phone to use for my Mavic air 2, I found a list that said the phone was compatible with the DJI Fly app but later found out the phone was a 32bit china copy of a Samsung s10. I now use an Ipad Mini 4 with an extended holder for the Ipad, this works well for me

Yes, I even use an Ipad pro, but you need a lanyard to hold the weight

I am off the Kyiv this week. I need to travel light……

I use a ratchet strap !