Ballintoy is a small village, townland and civil parish in County Antrim, Northern Ireland. It is alongside the B15 coast road, 28 km north-east of Coleraine, 8 km west of Ballycastle and between it and Bushmills. It was used in Game of Thrones for filming. 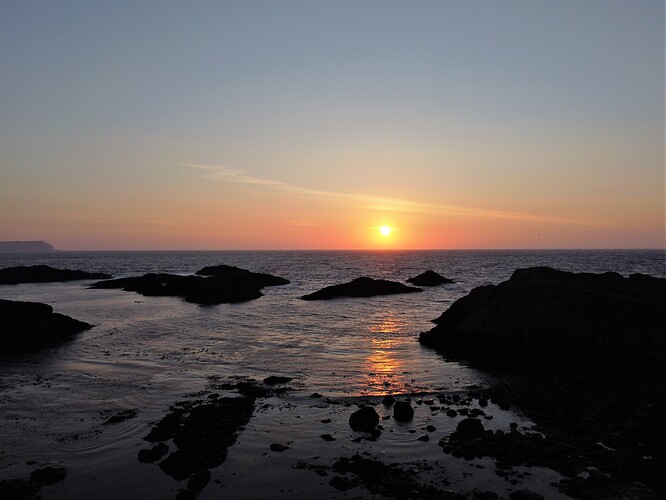 Great sunset, beautiful part of the country hoping to get a few shots of the the dark hedges the next time I’m up that way

Best to get try to get up now before the hordes on the coach trips return.

My sister lives in Coleraine and I had been there several times to get photos, but since Game of Thrones made it famous it’s hard to avoid crowds unless you go early in the morning. Mervyn Storey, the MLA for the area, raised no objections a few years ago when a farmer lined both sides of the road with one of those temporary orange plastic fences, despite the local paper highlighting the issue that it would discourage tourists coming to take photos. He’s fairly changed his tune now that it’s been made famous since it was used as a film location.