Dolwyddelan Castle (Welsh: Castell Dolwyddelan) is a Welsh castle located near Dolwyddelan in Conwy County Borough in North Wales. It is thought to have been built in the early 13th century by Llywelyn the Great, Prince of Gwynedd and Wales. Initially comprising just one tower with two floors, a second tower was built in the late 13th century, and a third floor was added to the first during repairs in the late 15th century. 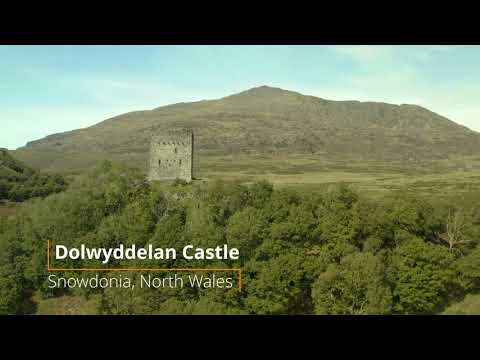 I loved the final few seconds where you went in close under it - well, as close as you could with all them trees lol.
We wild camped there a long time ago when I introduced my Mrs to “tent life” so its good to see it from above.

Thanks Ted, took a couple of attempts but got there in the end.