Don’t just chuck your Tx in a backpack 🤦‍♂️

This is actually the second time I’ve managed to do this. In this case it’s a TX16s and the longer switches are really exposed - and the base is actually only maybe 2.5mm so there is a definite weak point. 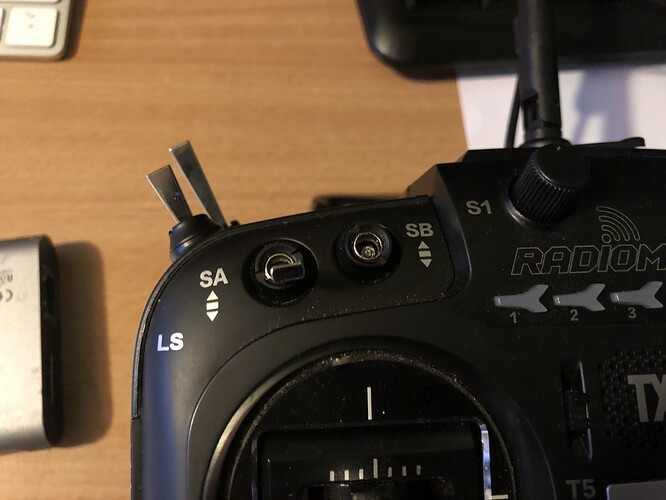 Opening the Tx up for the first time is a bit 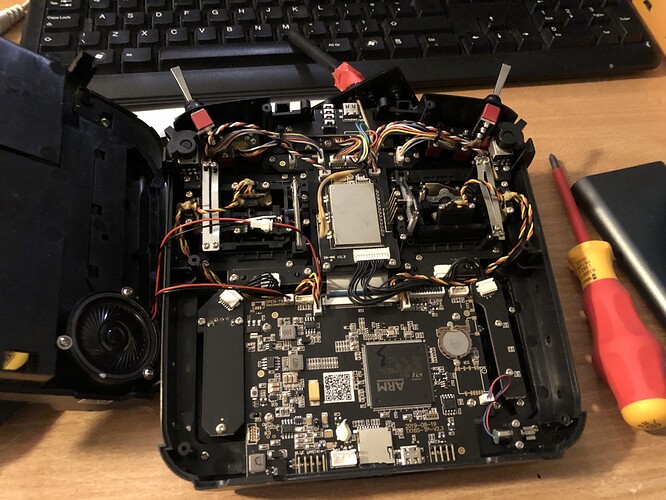 I followed a vid by JB, which notably missed one bit for this particular model, you have to peel the rubber grips off the sides before you can split the case to open it.

Then it’s FPV-straightforward to replace the switch block which just plugs in… once you’ve removed the rocker switch, of course… 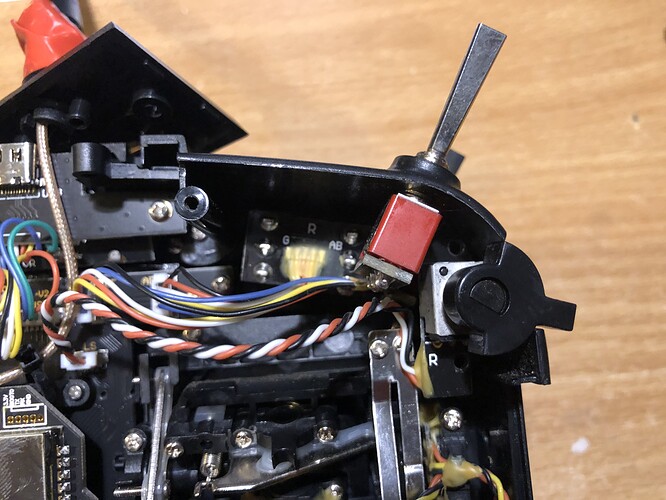 Which is conveniently located just under the edge of the entire gimbal assembly… which therefore needs to be removed first. 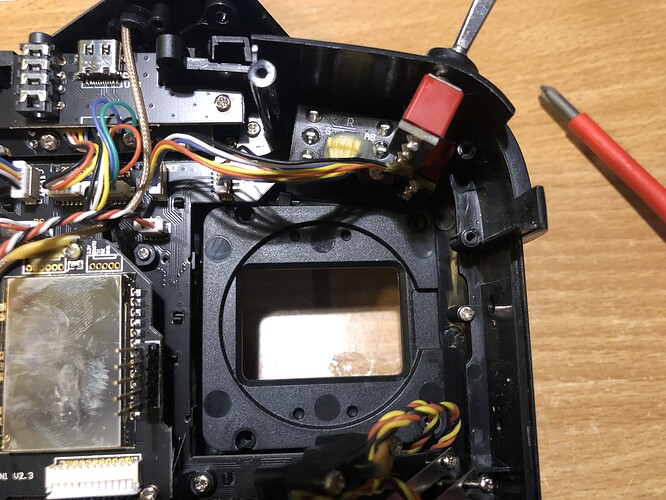 Tbh, it is just a bunch of screws and if you’re methodical about it, it’s easy enough. But yeah…

So - some thing I actually really want is a decent (but not gold priced!) case that can take the TX16S with TBS Micro installed in the back. I’ve looked around and not seen anything quite right. Tips gratefully received.

This is the sort of thing you need… 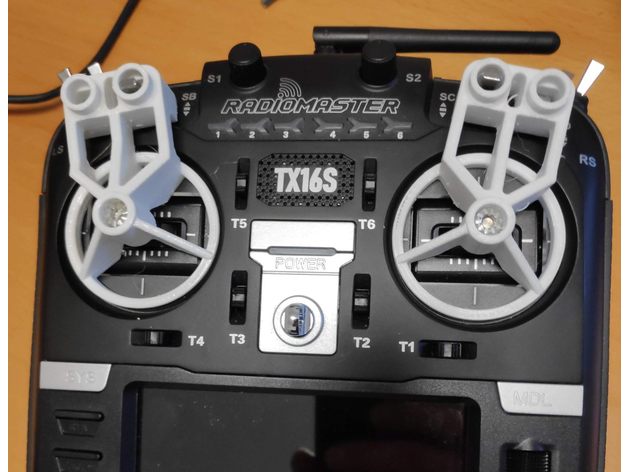 I nearly added in the original post, I have seen the ones that cover the sticks on thingiverse - these ones are new so thanks for sharing.

Shame they don’t cover the top sticks that I can see. Tbh - I do have some OpenSCAD / 3D printing experience but it’s finding time / inclination to sort it - fixing the bloody Tx for the second time may be just that inclination mind you! May look at these ones and see if I can adapt it to cover all the sticks or modify it and have separate pieces.

Yes I noticed that it didn’t cover the top sticks… should be possible though.

Mind you I’ve snapped off 3 of the sticks on my flysky i6x from just dropping it. I always have a protector on it when I store it.

I actually really want is a decent (but not gold priced!) case that can take the TX16S with TBS Micro installed in the back.

Try this for size… 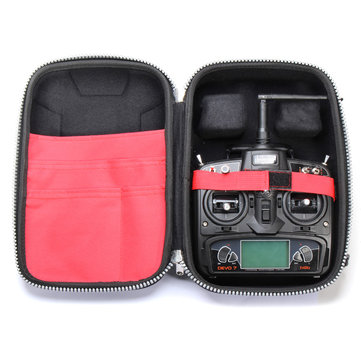 @Steviegeek - do you actually have this one?

Yes, It holds my Taranis X9D with the full size TBS Crossfire unit on the back and the diamond antenna,
I can send some photos tomorrow if you wish 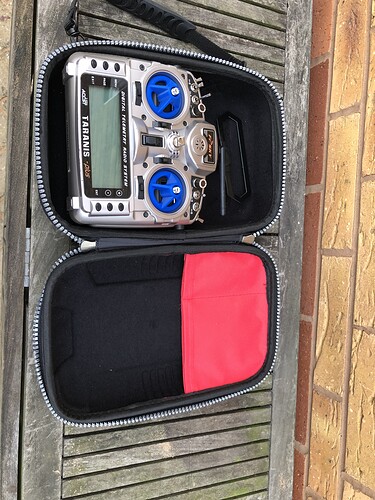 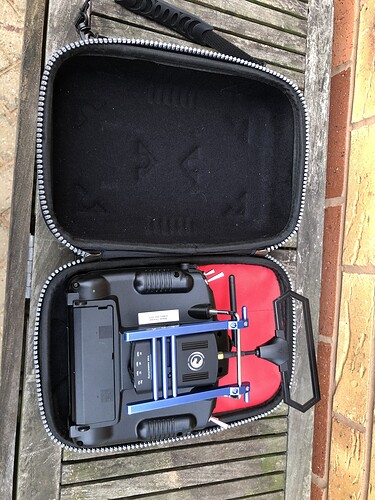 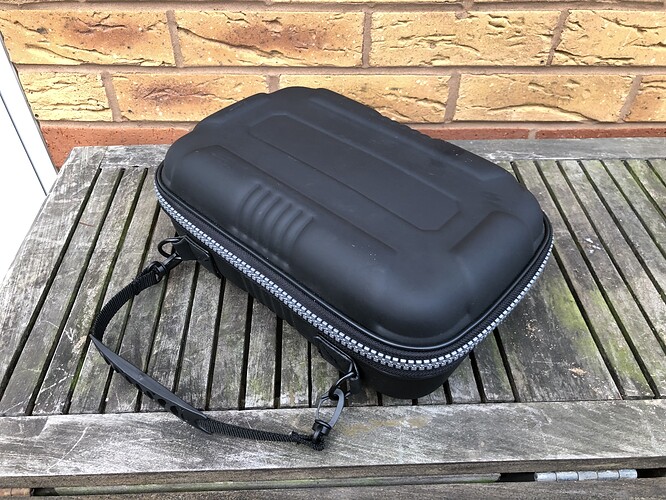 I have the same one here. Think I got it from UMT. Mine has a couple of little velcro sponges that you can put in to keep things firmly in place. My Tracer antenna doesn’t take up as much space as that Crossfire diamond, so I also keep my goggle antennas in there and usually a goggle battery and cable too.

I was a bit concerned about damage to the control sticks when the case is closed, so I also use a 3D printed gimbal protector so that the sticks aren’t taking any pressure if the case gets squashed.

Think I got it from UMT. Mine has a couple of little velcro sponges that you can put in to keep things firmly in place

Yes, the UMT sold one is the same as Banggood, mine also had the velcro spongee thingies, I just don’t use them. There was also another piece of material in the lid creating another pocket, I chose to cut it out to suit my needs. 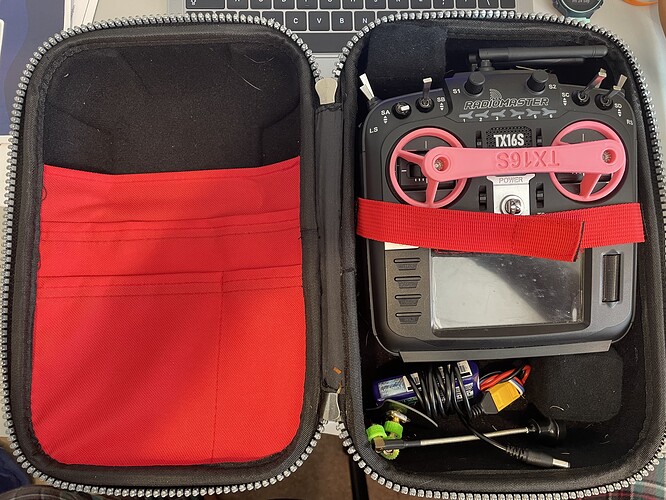 I have a couple of these cases. I bought them a few years back from Hobbyking, back then I think they were £4.99 each. One I use for storing my four port field charger and associated cables and adaptors, the other for storing one of my Vortex 150’s with its spare frame bits and LiPo’s.

Broken switches on the TX16S is a common problem as they are probably the most budget priced switches out there made from the lowest quality materials. The bonus is they are easy to source and cheap to replace.

I’m currently storing my TX16S in the metal flight case I used for my Taranis, which is now back in its original shipping box. I’ve been waiting for 3DXR to restock the large Radiomaster case, the large one needed so I can carry my collection of JR modules with the TX16S, but they must be being hand delivered by bicycle from China as it’s been quite a few months since 3DXR had any in stock. There is another dealer showing them as in stock but they’re asking over twice the suggested retail price. Nothing like price gouging in times of shortage.

Cheers for the pointers chaps - @Steviegeek and @Jase_MK. Ordered on BG from ‘CN’ with estimated del of >14th October. Arrived in 3 days with a Royal Mail 48hr Parcel Force label (Maybe CN is Croydon?

So, I too cut the red panel out as it’s superfluous for my needs and definitely seem to put extra pressure on when closed - although others have stated it gives a bit over time. 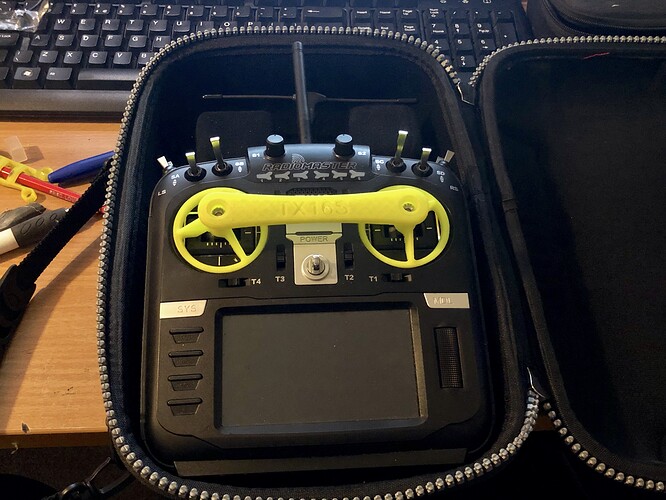 I also printed the same gimbal covers as @Jase_MK - work really well, and tall enough so they’re actually above the longest switches. 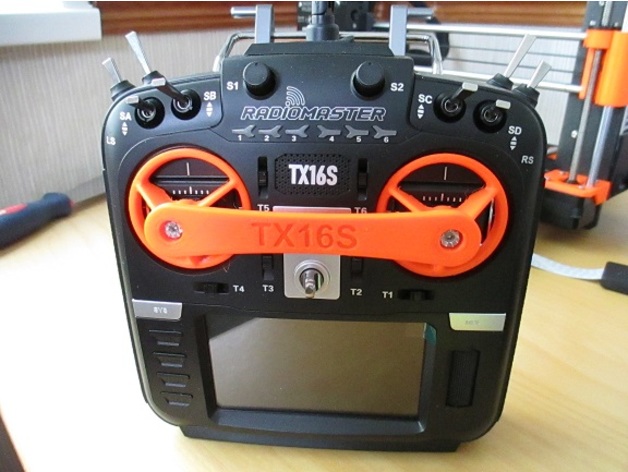 I redesigned this for my radio to give some protection while transporting it. Print 2 off gimbal protecters and 1 joiner then just press them together. Designed to be a closs fit on the gimbal sticks.