) got me thinking about being better prepared for areas where low flying military aircraft can appear out of nowhere.

I’ve tweaked my work processes to add contacting the RAF Safety Centre to check before I fly in likely jet hotspot areas (arguably, I should have been doing this already - oops, my bad).

For the benefit of others, here’s the relevant information I gathered:

I didn’t notice this topic in other parts of the site, but if it is covered, Pingspike/Calum/OzoneVibe - feel free to delete/archive

It’s been discussed briefly in a few threads but we don’t have a thread dedicated to it, so good to go.

I am thinking of making a trip to the Ogwen Cottage / Devil’s Kitchen area of Snowdonia - however when I checked the various maps & drone apps I was very surprised to note that with the exception of RAF Valley, RAF Mona, & Caernarfon airport, there are apparently no restrictions on drone flying in Snowdonia. As a one-time regular visitor to Ogwen I am very well aware that it is in constant use (Monday - Friday) as a low-level recovery route back to RAF Valley. Target height for aircraft passin…

I was flying out near Chapel Island in Morecombe bay last autumn with my Inspire, living in the lakes you have to keep an eye on the MoD flight schedules. I’d been flying no more than a couple of hundred feet, got low on battery and started bringing her back. Heard a jet in the distance and for some reason I turned the drone as I looked and caught a Typhoon flying past where I’d been 5 mins earlier! I’ll try and dig out the footage. I won’t fly in the lakes anymore between 11am and 3pm during the week

That must be some pretty cool footage

I was walking back down the hillside when the jet came over. It was to the left of where I’d been flying, but if it had come past while dronie was up, in the current climate I’m sure I’d be in the cells by now

So right there is a question… if the plane is below 400ft and a fast mover, who is culpable if there is an incident (well whose opinion isn’t the press’s anyway)

It’s an interesting one - I was flying legally on Tuesday, had notified Police Scotland of my precise location, insurance was in place, had added a flight report to the NATS app, and was operating well within the restrictions of my PfCO.

Whilst that area has occasional low flying, it isn’t a permanent danger zone or anything of that nature. I suspect if I’d still been flying and there had been a collision, it would have been classed as a genuine accident.

Very glad not to be the test case though - can you imagine the sh*tstorm in the media?

can you imagine the sh*tstorm in the media?

Not a pleasant sight

But seriously, when it does happen to someone, I’d be really concerned about their wellbeing. The press have got a real hard on for drone bashing

My take on this is that the MILIATARY would never admit that a hobby drone can take out something designed to win wars!
If they do - I want to buy shares in DJI before every middle-eastern terrorist stocks up.

It’s not really a question of if

a hobby drone can take out something designed to win wars!

It certainly could if it was ingested into a single engined jet.

The barrier to that happening is not having a targeting system that can aquire and track a jet alt high speed and low level, combined with the speed and manoueverability to be able to intercept it, hobby Drones have neither, so it becomes a matter of chance

Are there any maps of military low fly zones. Is it possible to know when it is safe to fly in these?

Moved your post over to a pre-existing thread on the topic … and the info you need in first post.

Try this other thread …

Low Flying Areas in Snowdonia not Showing on Maps?

This is what your looking for.

Don’t have any over Southampton for me to worry about it.

I think that this should all be tidied up by the CAA and put on drone assist. I am going to be flying in the Yorkshire dales and the lakes and know that they fly low in some areas. I wanted to check out some different sites.

Seems like the Mach Loop in Wales is the place to be (or avoid), especially at 3:32! 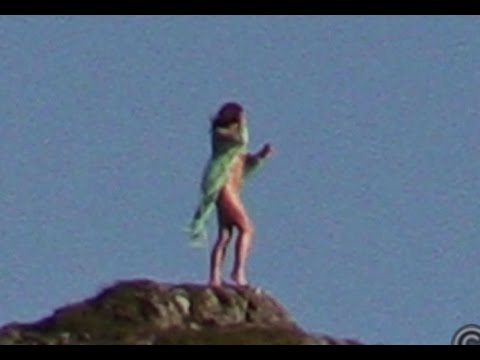 Grrrr - that explains things (for me) then - we’re just to the east of LFA20(T) in deepest Northumberland. Our FlyBoys (who obviously have an important and appreciated task to perform in warfare) need to train somewhere but (whatever the official doc claims), I’m sure they use our old ex-farmhouse as a target/reference point as it’s in the middle of nowhere (1 mile and 2 miles respectively to nearest neighbours). If they can go down to 100-250ft to practice their skills…and I can go up to 400ft to practice mine…and I don’t spot them (or they don’t spot me) in time…and accident waiting to happen

Still, at least they publish their timetable so I can keep an eye on that…